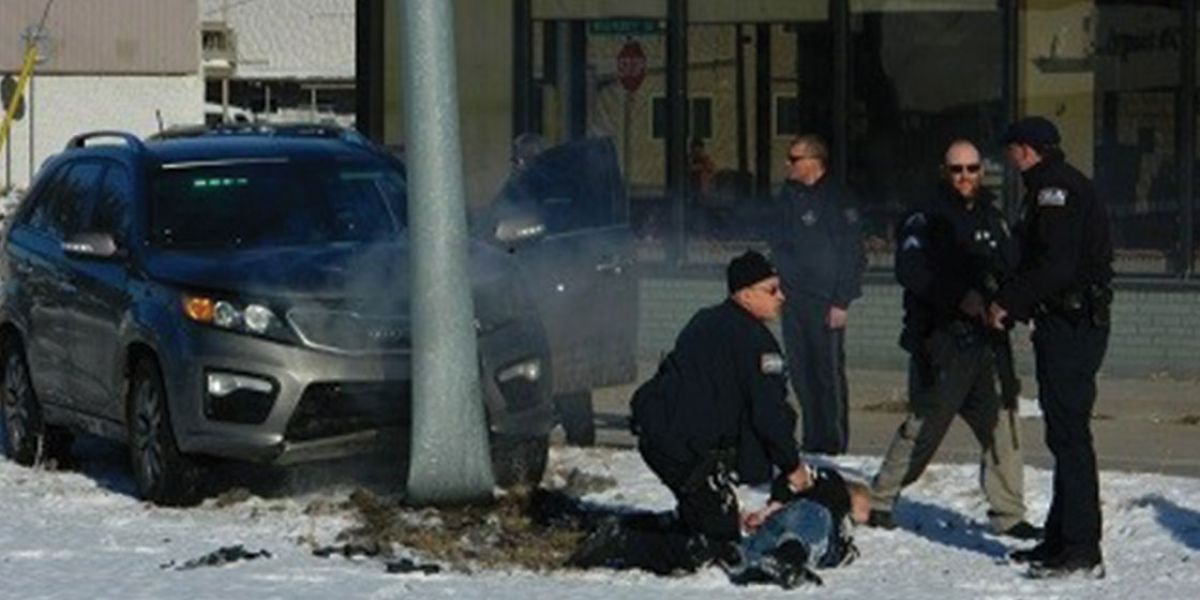 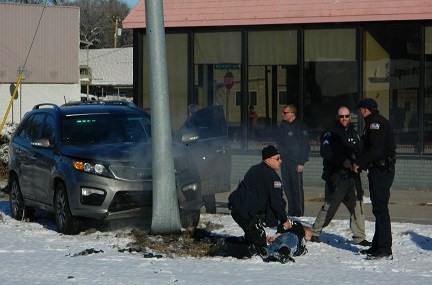 Kiowa County Sheriff Casey Sheridan was south of the pursuit and, in attempt to stop the vehicle, deployed a set of “stop sticks”, but the driver evaded the device and continued south to Lamar. According to the police report from KCSD, stop sticks were deployed at two additional locations but were not effective.”

As the high speed chase continued and the vehicle headed toward Lamar in Prowers County, other agencies took part in the pursuit, including the Prowers County Sheriff’s Office, the Lamar Police Department and the Colorado State Patrol.

The chase came to an end when the vehicle, moving south on North Main Street in the commercial district of Lamar, reportedly clipped the southwest corner of the Thai Spicy Basil Restaurant and came to a stop when hitting a metal utility pole located just north of the BNSF railroad tracks. Other vehicles came to the site of the crash, including the Lamar Fire and Ambulance Crew and Lamar Light and Power.

There were two occupants in the car, and both suspects were taken into custody.

The vehicle involved in the chase was reported as stolen in Adams County, Colorado. The driver was identified as Joshua Woo who is wanted by authorities for escape from the Colorado Department of Corrections. Wood has subsequently been charged with felony eluding, reckless driving, driving on a sidewalk, motor vehicle theft, exceeding speeds of 40 miles per hour over the speed limit, failing to yield to authorities and driving under restraint. Additional charges are pending following further investigation. 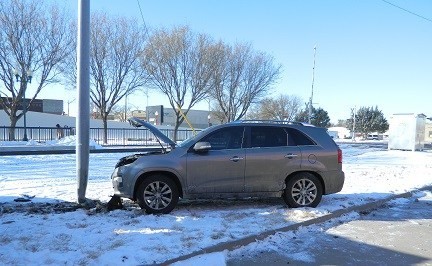 The second passenger was identified as Amber Wildenstein. Wildenstein has three warrants for her arrest related to drug charges. Wildenstein was booked on the following charges: possession of a controlled substance, possession of drug paraphernalia and accessory to a crime.

Both individuals are being held at the Prowers County Jail without bond.

In its official statement, the Kiowa County Sheriff’s Department expressed its thanks to the additional law enforcement agencies for their assistance in the situation. Sheriff Sheridan states, “It is monumental for all surrounding agencies, including the state agencies, to work together. We are all on the same team fighting for the same goal.”