Getting By With a Little Help from our Friends GN-Bank, Bankers Foundation Partner in Helping those in Need

Written by Priscilla Waggoner on 27 November 2019. Posted in News

While carols are playing on the radio and colored lights are showing up in windows and on roof lines, it can be easy to forget that there are those among us who face very real financial difficulties. The impact of financial stress really can be devastating with some families struggling just to meet basic needs. And the consequences of that kind of stress can be long lasting. According to the National Institute of Health and the Association of Marriage and Family Therapy, it is not uncommon for both grown adult men and women and their children to experience anxiety, depression, sleep disorder, a tendency to withdraw and increased conflict and tension in the home. 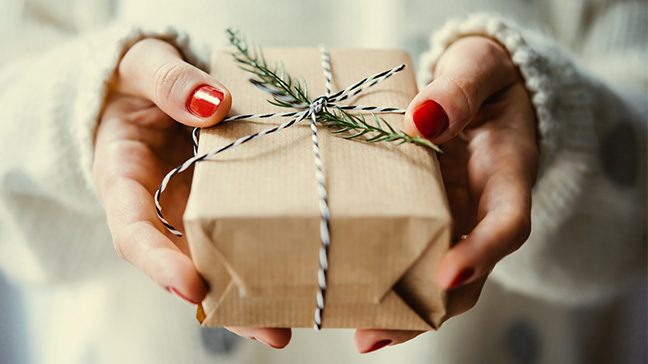 Anyone who has experienced periods like that in life can testify to just how hard it can be. But let’s face it; sometimes, it can feel the worst at Christmastime.

Fortunately, there are a number of groups and organizations that make an extra effort to reach out during the holidays, and the first of these groups that come to mind are churches, civic groups, social service agencies and non-profits. Rightly so; many of these groups are created precisely to do just that. However, that list is far from complete. Businesses also play a role in supporting less fortunate folks in the community.

One such business is GN-Bank in Eads. And we’re not talking about their customary donations to student groups or various projects going on in the community. We’re talking about the kind of hands on, in the moment, rubber meets the road, “here’s a helping hand” support that, well, just isn’t that common among a lot of businesses anymore.

“We’re always on the lookout for folks who might be in the middle of a tough situation,” states Sean Lening, president of the local bank in Eads. “Internally, we do that all the time. If an employee thinks they see someone or gets a word about someone who is really struggling, they’ll come talk to me and let me know. I’ll do a little bit of checking and, if it looks like something we can help with, that’s exactly what we’ll do.”

When asked for criteria, he simply said, “it depends upon the situation”. It should be noted that there is no application to complete, no need to fill out forms, no need to be interviewed in some formal setting or go through some lengthy process. Lening will find out whatever details need to be known in the most discreet and non-intrusive manner possible and, if appropriate, will take it from there. 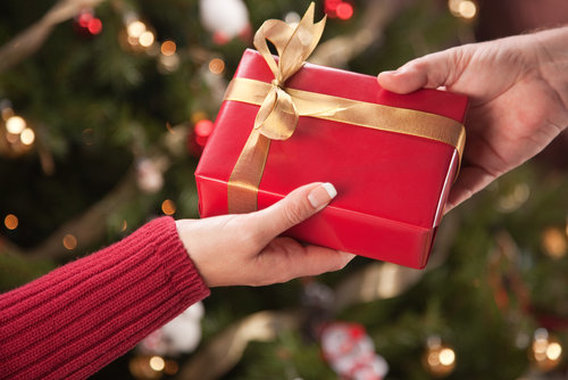 “Getting word” doesn’t always have to involve someone employed at the bank, either. If a teacher at school or someone at the hospital is concerned about a family’s situation, Lening can—and has—gotten the heads up to let him know there’s a need for some help. It’s also important to note that, as Lening describes how they help, he also makes it known that privacy is of prime importance. “We never broadcast what we’re doing,” he says. “Ever. I really mean that. We always keep things confidential and try to not to even let the person know the help is coming from us. Sometimes, we buy gift cards or, other times, we’ll just take care of someone’s bill if we’re told about it. If we’re told about a student who needs glasses and the family doesn’t have the funds to buy them, we’ll take care of that. Or sometimes, we’ll buy meals for families.” He goes on to explain their philosophy in more basic terms. “People have their pride. I understand and respect that. And we don’t do this so that people will think better of the bank. We do it to give back. We do it because taking care of the community is our philosophy, the philosophy of the bank, and it’s the philosophy of the Schifferdeckers.”

The Schifferdeckers are the Kansas based family that acquired what was formerly the Farmers and Miners State Bank and have been at the helm for close to a century. As just one sign of the Schifferdeckers commitment to community and “faith in people”, the family is notorious for its Christmas Eve dinner where they serve a huge meal of “Chicken Annie’s fried chicken, beef, sausage and many other items” to thousands of people on Christmas Eve. It’s a tradition they’ve been doing for more than 60 years with no sign of stopping. “They’re good Christian people and they run a good Christian organization. They’ve always been that way.”

Sometimes, GN-Bank helps out with no assistance from others. But, in other cases, GN-Bank partners with a Colorado organization called “The Bankers Foundation” in an arrangement where, whatever a member bank donates to a situation is matched (sometimes more than matched) with additional funds. The arrangement is best summarized by example.

As Lening describes it, there was a young woman who was diagnosed with cancer and needed help with medical expenses. The bank (which was not GN-Bank) made its own donation of a thousand dollars and then contacted the Bankers Foundation who donated an additional $4,000 to help out the young woman. That amount was enough to provide the young woman with the assistance she needed.

As the Bankers Foundation states, “Unfortunately, bad things sometimes happen to good people. Community bankers in Colorado have stepped up and lent support to the community and the people they serve when these bad things occur. Whether it is a natural disaster, a tragic accident, or even an unforeseen medical situation, Colorado community bankers are there to help! The BFC’s matching gift program is designed to assist Colorado community bankers in helping their communities in an even greater way!” And, at the risk of being blunt, this foundation clearly puts its money where its mouth is, as the saying goes. To date, they have donated $264,644 to both families and individuals in need.

From the perspective of being a contributor, support to the Bankers Foundation is not limited to only bankers; law firms and accounting firms are also part of the group. The foundation also sponsors fundraising events like golf tournaments, bowling tournaments and clay shooter events where proceeds from registration fees are added to the foundation’s resources that are then returned to various communities throughout the state. Or, for those who don’t participate in the golf tournaments (for example), they can also sponsor a “hole” where their name is displayed on a flag on the green where it will be seen by tournament participants.

With the approach of the holiday season and this practice already in place, both locally and in partnership with the foundation, Sean Lening would like folks to know that there is help available, if it’s needed. People simply need to give him a call. “Just…” he smiles with a bit of a shrug, “just give me a call.”

And THAT is a story worth telling, especially at Christmas. After all, that’s really what Christmas is supposed to be about.

Bank President Sean Lening can be reached at GN-Bank, 719-438-5331 Monday through Friday from 8am to 5pm. More information on the Bankers Foundation can be found at www.bankersfoundationofcolorado.org