"They Were All Over The Sky" Eyewitnesses Across Eastern Colorado

Written by Priscilla Waggoner on 31 December 2019. Posted in News

People living on the eastern, central and southeastern plains of Colorado are very accustomed to seeing strange lights in the night sky flying overhead. Living in a place that’s at least a few hours away from a city of any significant size on a vast expanse of largely unpopulated land (cows, coyotes and other four legged animals notwithstanding) beneath a night sky that you’d swear goes way, waay beyond the horizon and then some after that, it’s easy for anyone with any kind of imagination to think they see things overhead. Sometimes, there’s nothing there and it’s just the light of the moon or a passing wisp of a cloud that gives a false impression. Sometimes, there is something there and newcomers are shocked to learn that that tiny, pale white light moving across the sky is actually the space station orbiting the earth. (And yes, that is a true story.) But sometimes there is “something” there, and all anyone can do is give their best guess as to what it is. 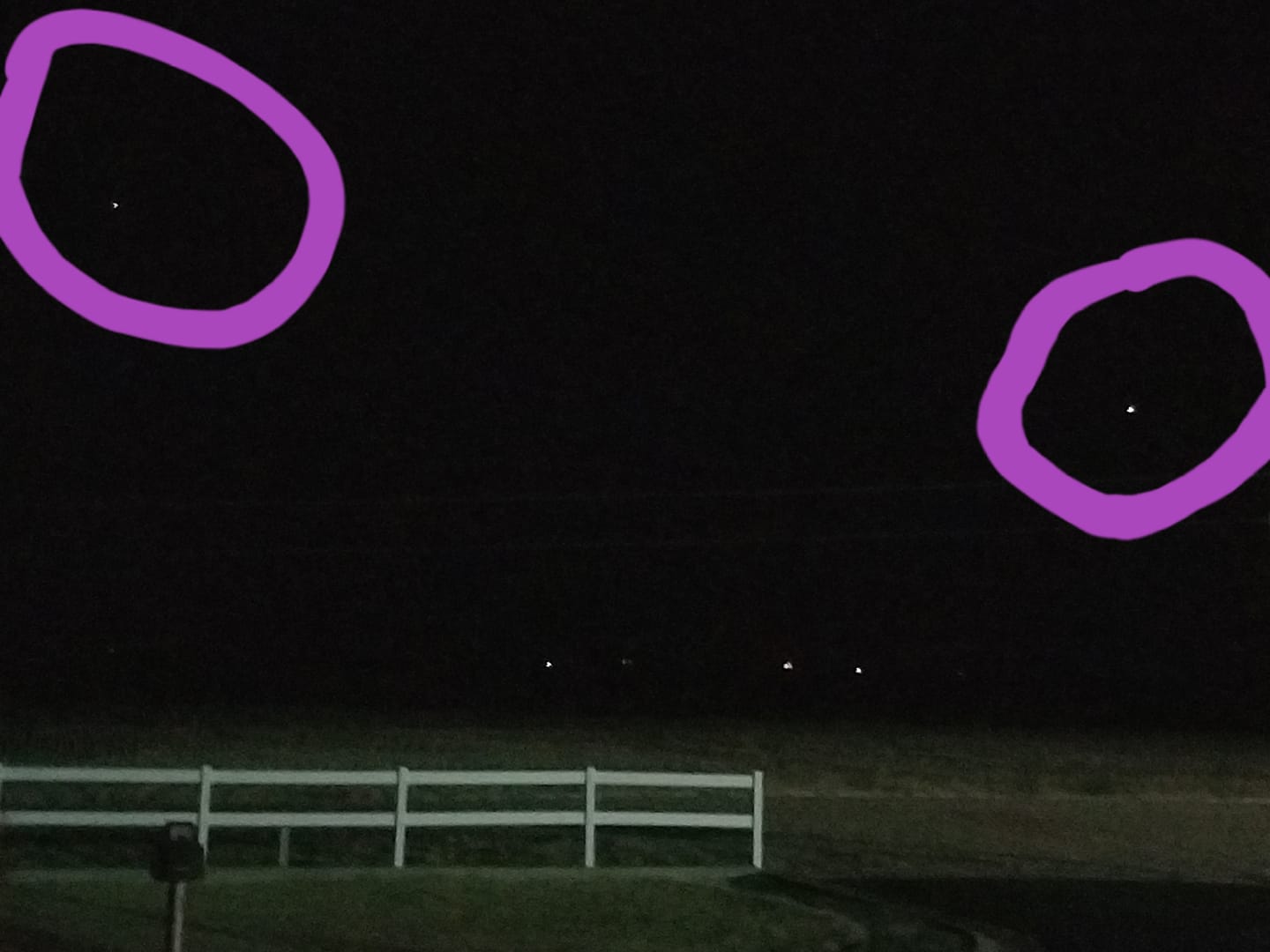 Most of those strange lights go unexplained, not because they are. in and of themselves, unexplainable but because no one knows exactly who to call to get their questions answered. In other cases, people have a number and maybe even a name, but it turns out that the person behind that name is not at liberty to disclose that information.

And then, sometimes, just sometimes, there are things that appear in the night sky. Phone calls are made. Questions are asked, and those questions are then answered. But the answer is one that nobody likes because it leaves the question just hanging in the air for people to bump into now and again, and, after a while, that tends to get on the nerves of even the most accepting people.

That answer is a little disconcerting, and it goes something like this. “We don’t know who that is up there.”

That’s where this story begins, for communities in what is now 7 counties in northeastern and central Colorado are smack dab in the middle of that third situation. Worse yet, it’s been going on for, near as anyone can tell, close to two weeks and, at least at the time of this writing, doesn’t appear to be going away any time soon.

It started around December 20. People in Phillips, Sedgwick and Washington Counties started calling their local sheriffs’ offices to report sightings of “multiple drones” in the county. The sheriff’s offices from both Phillips and Yuma Counties went out that evening to track the drones and ended up following 16 drones between the two counties. Nonetheless, the post stated that “We believe the drones, though startling, are not malicious in nature.”

To many people, the word “drone” conjures up the image of a remote control aircraft, maybe 2’ in diameter with multiple rotors that make a sound not unlike a small lawnmower when it’s in the air. That’s a fair impression; that’s somewhat typical of the drones many hobbyists fly. But that is also just the tip of the iceberg when it comes to drones that are currently on the market with some drones that are actually fixed wing (looking similar to a small airplane) with computer technology far more advanced than most people use on a daily basis. While not uncommon, those are not the type of drones most hobbyists fly. Those are, however, similar to what people throughout the northeastern corner of Colorado were seeing.

Residents of those counties were reporting drones flying overhead at an estimated 200’ – 300’, spread out across a number of miles. They had a wing span that most people estimated to be about 6’ across. Some were flying in what was described as a “grid” formation typically used for mapping or reconnaissance; others described drones flying in a straight line, one behind the other in a pattern most often associated with satellite work. 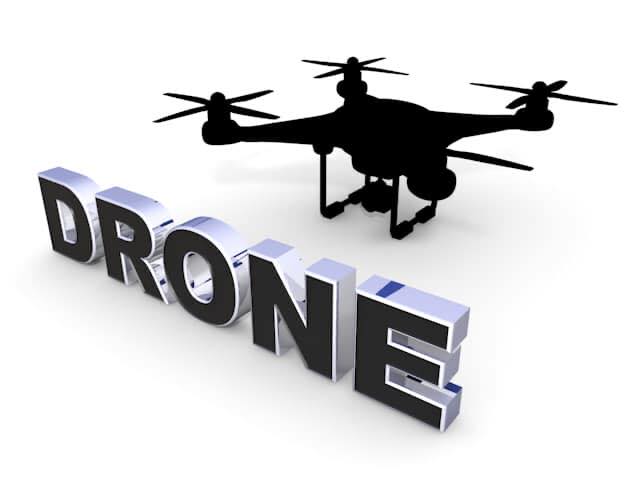 Two other facts were, perhaps, the most concerning. People reported seeing them in “swarms” or clusters where as many as 30 drones were visible in one large location, and they only flew at night from the hours of about 6pm to 10pm.

And the most concerning factor of all was that, despite inquiries from at least one sheriff’s office and news outlets like the Denver Post, nobody—not the FAA, the DEA, the Air Force or the Armed Forces Services—claimed the drones, knew about the operation or even knew who was coordinating the flights of such numbers and with such frequency.

At the time of this writing, the following counties have had sightings: Sedgwick, Phillips, Washington, Yuma, Logan, Kit Carson and Lincoln. The following towns have reported seeing drones overhead: What follows is a list of those communities who have spotted drones at some point in the last 10 days: Haxtun, Julesburg, Otis, Brush, Wray, Eckley, Yuma, Akron, Holyoke, Paoli, Flagler, Arriba, Genoa, Sterling, Seibert, Stratton and Bethune.

There has been extensive media coverage on this story—all local affiliate networks along the Front Range plus major and community newspapers. Even Newsweek, NBC and NPR have given the story airtime. But none of those stories include interviews of any depth with those individuals who have more direct knowledge than anyone else on the ground: the eyewitnesses who watched them firsthand.

ADDITION TO ARTICLE AS OF 2:00 pm on Tuesday, December 31, 2019:
From the office of Senator Cory Gardner:
Gardner Statement on Heavy Drone Activity in Eastern Colorado
Washington, D.C. – U.S. Senator Cory Gardner (R-CO), a member of the Senate Commerce Subcommittee on Aviation and Space, released the following statement regarding the heavy drone activity in Eastern Colorado:
“I’ve been in contact with the FAA and I’m encouraged that they’ve opened a full investigation to learn the source and purpose of the drones. I will continue to closely monitor the situation,” said Senator Gardner.

ADDITION TO ARTICLE AS OF 3:00 pm on Tuesday, December 31, 2019:
“Attention Kiowa County Residents: Last night at approximately 11:00 pm a report came in of numerous drones flying overhead in the Haswell area. Please calle the Sheriff’s Office if you see drones or to report any suspicious activity at 438-5411. The sheriff will be attending a meeting with the FAA and Homeland Security regarding drone sightings next week.” Kiowa County Sheriff Department