Written by Priscilla Waggoner on 13 February 2020. Posted in News

On February 4th, two individuals arrested in Eads December 5-6, 2019 in connection with human trafficking appeared in district court. Both defendants, who are being tried separately and for separate felonies, were in court for Pre-Trial Conferences. Both defendants also appeared with individual representation. District Attorney Josh Vogel was present, representing the state. 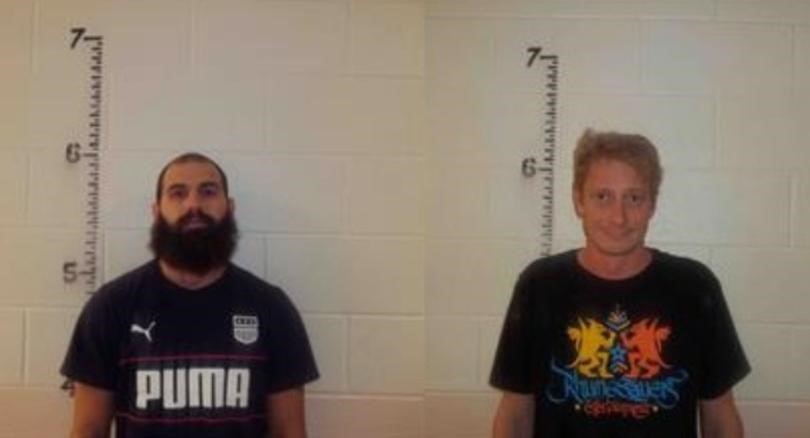 Although sitting no more than 10 to 15 feet apart, the two men were not observed communicating in any manner with each other while in court.

Luis Hernandez, 27, of Colorado Springs appeared in court in handcuffs upon being transported by Kiowa County deputies from Bent County Detention Facility where he has been in custody since December. Hernandez was arrested and charged with Human Trafficking – Sexual Servitude, a Class 2 felony related to wanting to participate in human trafficking activities involving a minor. At the time of his arrest in December, Hernandez was also charged with Felony Eluding and Reckless Driving due to fleeing the the scene nearly striking an undercover agent, and leading law enforcement in a pursuit that ended on Colorado State Highway 287 at Milepost 120. While no one was injured in the pursuit, a Kiowa County Sheriff’s Office vehicle sustained significant damage along with the suspect’s car.

Mr. Hernandez is being represented by Mr. Russell Zane who requested of the judge that the Pre-Trial Conference be postponed due to his office receiving “multiple files from multiple agencies” related to the case. Mr. Zane also indicated he had received an especially large number of “digital files” that they needed to examine. The judge grated that request, and Hernandez’s pre-trial conference was set for March 5th in Kiowa county District Court.

Joshua Olmstead, 38, of Colorado Springs also appeared. Olmstead, who was also arrested in the same operation in December of 2019, was contacted in Eads after allegedly expressing interest in sexual contact with a minor. After being identified by undercover agents, he was taken into custody without incident. At that time, Olmstead was transported to Bent County Detention Facility where he faced charges related to Soliciting for Child Prostitution.

Olmstead, who was released on bond and was not in custody at the time of his pre-trial conference, was being represented by James Cook. Mr. Cook requested of the court that Olmstead be allowed to leave Colorado to go to Arizona where he wanted to visit his mother who is “elderly” for approximately 10 days in February.

District Attorney Vogel expressed to the court concerns with allowing Olmstead to leave the state, citing significant difficulties in the past with officials in Missouri and Kansas adjudicating requests for extradition. He also stated that, given the distance required to travel to a location “south of Phoenix”, the state was concerned that Olmstead might engage in illegal activities “along the highway” or “while in Phoenix”. He went on to state, “The defendant is under minimal supervision here and would be under no supervision” were the courts to allow him to leave the state. That factor, combined with a history of neighboring states not adjudicating requests for extradition from Colorado authorities for defendants not returning to Colorado as promised, created a situation where the state requested the court not grant Olmstead’s request.

Mr. Cook countered that it was very important to Olmstead that he be allowed to see his mother whom he stressed was “quite elderly”. He went on to state that “people are used to driving long distances in Colorado”, and “Phoenix is no more pernicious than southeastern Colorado”. After some consideration, the judge denied Olmstead’s request.

Olmstead’s face reddened as the judge stated his decision and his eyes appeared to fill with tears. However, he simply nodded his head and said, “Yes, sir.”

The judge set March 5th as the date for Olmstead’s preliminary hearing. On behalf of Olmstead, Mr. Cook agreed to the date, also telling the court that he and Mr. Olmstead were “anticipating receiving an offer for a plea deal from the District Attorney’s office.”

Both men were arrested as part of an operation that involved numerous agencies, including the Kiowa County Sheriff’s Office, the Colorado Bureau of Investigation and Homeland Security. The purpose of the operation was to identify individuals attempting to engage in illegal activities involving children related to human trafficking, sexual exploitation of children and prostitution.
At the time the operation was made known to the public, Kiowa County Sheriff Casey Sheridan stated, “It’s important to note that human trafficking knows no geographic boundaries. These illegal activities occur in towns and cities big and small, and it’s critical that we all work together to protect children in our communities.”
“Collaboration within law enforcement is imperative in identifying and recovering victims of human trafficking,” said Agent in Charge Christian Mohr who oversees the CBI’s Human Trafficking Unit. “This week’s operation in Kiowa County is another example of the Bureau’s efforts to provide support to local law enforcement in addressing this important issue.”
More information on each defendant as they go through the court system will be presented as it becomes available.