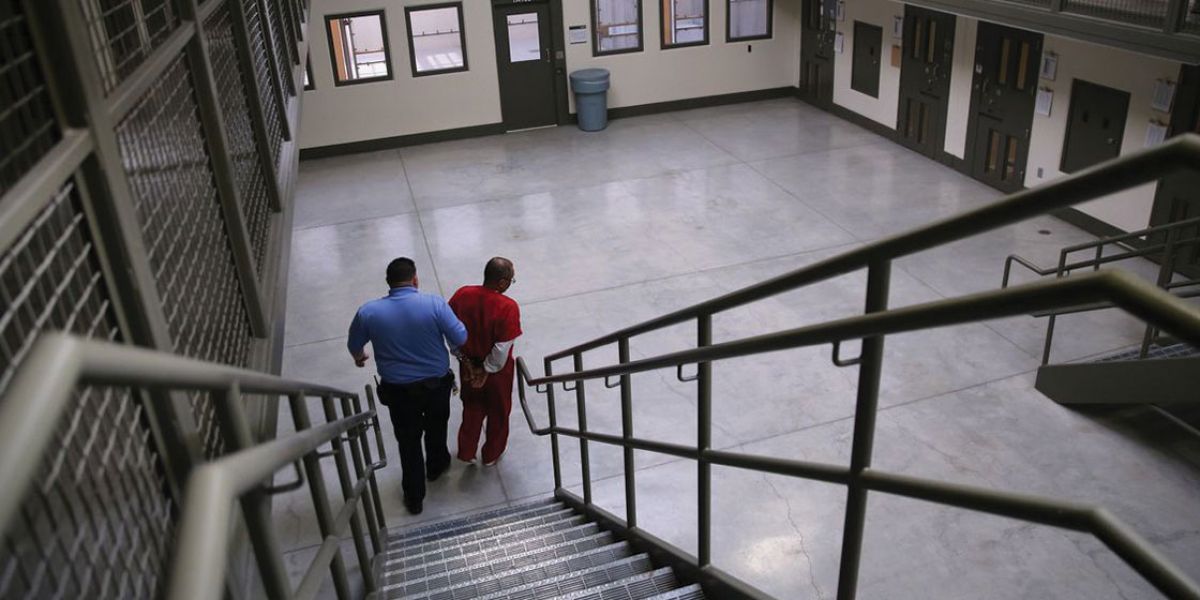 Last Friday, Colorado state lawmakers passed a bill that is a significant step in addressing one of the priorities Governor Polis set for his administration: to end the use of private prisons for inmates in Colorado and to house those inmates in state run facilities instead. The bill was originally developed by an interim committee charged with crafting a proposal that would manage the state’s prison population. The result, HB 20-1019 (titled when it was introduced in the House), directs the Colorado Department of Corrections (DOC) to “study how to end the practice of using private prisons by 2025 in a responsible way”. 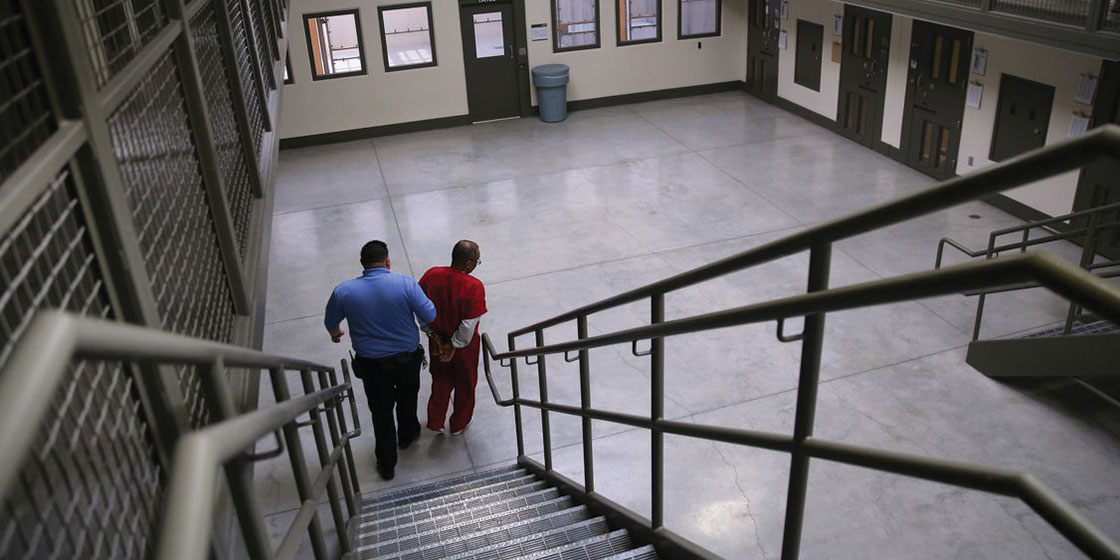 HB 20-1019 also directs Colorado to authorize the re-opening and re-fitting of Centennial South Correctional Facility (CSPII) in Cañon City for housing inmates and reducing the number of private beds.

Centennial South originally opened in 2010 and was constructed to house prisoners in isolation—i.e. solitary confinement—for extended periods of time. However, the facility closed two years later in 2012 as Colorado discontinued that practice.

The facility has been a source of controversy since Hickenlooper was in office. Several times, he requested the legislature to devote funding to re-opening the facility but was refused each time, largely because there was bi-partisan opposition to opening another prison. And Centennial South also was constructed precisely to enact punishment that was deemed to be cruel as solitary confinement has resulted in serious issues related to mental illness which has been proven to develop in prisoners forced to live in isolation. Even so, Centennial South serves a key role in the plan laid out in the bill; for every prisoner housed at Centennial South, another prisoner must be moved out of a private facility until Centennial South is full. The maximum capacity is 645 inmates. Consequently, supplement funds are being allocated to re-fit the prison with space for tables and chairs outside, classrooms for education and areas constructed more for groups than isolated, individual spaces as solitary confinement requires.

Especially salient to residents of southeastern Colorado, the bill also calls for a study to be conducted on the feasibility and impact of divorcing from the use of private prisons. Most notably, upon the state hiring a nationally recognized research and consulting entity to study future prison bed needs, solicit input from local communities and other interested parties or issue experts including (but not limited to) public safety experts, victims’ advocates, prosecutors and defense attorneys and community re-entry providers. That entity shall also convene an advisory committee that contains three representatives of local governments, of which at least two must be county commissioners from each county that has a private prison within its borders, to consult with the entity during the study and must include an analysis of the economic and other impacts that potential prison closure would have on local governments and the wider community as well as recommendations on strategies to diversify the local economy. In conjunction with the county commissioners, the Division Director of the Department of Local Affairs (DOLA) will be required to conduct public hearings in Bent and Crowley counties to allow direct public testimony, the content of which is required to be included in the report.

DOLA will then report the study to the judiciary committees of both the Senate and House of representatives during the committees’ hearings held during the 2021 session of the general assembly under the “State Measurement for Accountable, Responsive and Transparent Government”, reflecting the title of the bill.

The current situation that sets the context for the bill is fairly simply summed up. Currently, Colorado has 25 state prisons with a prison population of approximately 20,000 inmates, according to data from the Department of Corrections in September of 2019. Of those 25 prisons, three are privately owned and operated. Those three prisons combined house almost 4,000 inmates.

The smallest of the three facilities is Cheyenne Mountain Re-entry Center. Located in Colorado Springs, this prison is a medium security facility that prepares inmates for re-integration into society.

Consequently, the bill, which was first introduced in early January when the 2020 legislative session began, sparked swift and strong reaction from critics who warned that closure of the prisons would have a profoundly negative impact on the rural economies where those private prisons are located.

A letter to the Pueblo Chieftain dated November 20, 2019 and jointly signed by the three Crowley County Commissioners T. E. (Tobe) Allumbaugh, Blaine Arbuthnot and Roy Elliott are Crowley County commissioners clearly stated their position, “The negative impact of closing the private facilities in Crowley and Bent counties would be drastic,” the letter read. “In Crowley County, the private facility pays 54 percent of all property tax. In Bent County, it’s 25 percent. The loss of 500 jobs in both counties would be the equivalent of the Denver area losing 28,000 jobs, relative to its population… Closing these facilities would have a ripple effect on the employment picture in Crowley, Bent, Otero, Prowers and Pueblo counties — negatively impacting businesses as well as our school districts.”

Earlier this month, Bent County Commissioner Kim MacDonnell echoed similar objections when testifying before legislative budget writers, stating that any future efforts to close private prisons in southeastern Colorado could hurt their economy and schools. Their closure “would have a strong, negative and lasting impact on Bent and Crowley counties,” MacDonnell said.
These local officials need only to point to Burlington to prove their case.

Up until 2016, there was a fourth private prison in operation. Opened in 1998, Kit Carson Correctional Center was a privately owned, medium security prison for men with the capacity for housing up to 1500 inmates. The facility employed 142 people, brought $400,000 in revenue to the local schools and $1,200,000 in property tax revenue to Kit Carson County—10% of their entire property tax base.

However, as vacancies in the Colorado prison system grew, the inmate population declined to less than 600, resulting in the state reassessing the need for the facility in April. In June of 2016, the state announced it would not be renewing its contract with Corrections Corporation of America, the prison owners and operators, past July.

The prison was the largest employer in town, and its closure resulted not just in the loss of jobs but an estimated revenue of $2.4 million in the local economy those 142 people and families contributed. The town of Burlington, itself, also suffered, as the overall population declined from 4200 to 3600.

The situation in Burlington is undoubtedly in the back of Republican legislators’ minds who have openly expressed opposition to the bill. Rod Pelton, a Republican state representative from Cheyenne Wells, represents the district where Burlington is located. He recently stated that a prohibition on private prisons would unfairly hurt rural communities where the facilities are located. He was quoted in the Colorado Sun as saying, “I don’t know why there is a bill here to target rural Colorado in such a detrimental way as this bill does.”

It’s also clear that the private prison industry is clearly motivated to continue with the status quo. Colorado’s three private prisons are owned by the two largest private prison companies in the nation with CivicCore owning and operating the facilities in Bent and Crowley and Cheyenne Mountain owned by GEO Group. And it’s a lucrative business; according to state documents, the state of Colorado paid out $67 million to both companies (combined) for housing inmates in 2018. And the companies also have a strong presence in the state. Every one of the top 25 cities in Colorado has a facility in operation that’s owned by one of those two corporations.

In addition, sheer economics also help prove the case for private prisons. Although opinions on cost effectiveness vary according to who’s speaking, DOC figures reveal that the state pays $68 per day for a prisoner being held in a private facility compared to a state cost of housing that equals $108 a day.

But, it comes as no surprise that there are equally strong feelings on the other side of the issue.

The United States incarcerates more people proportionate to the population than any other country in the world. The disparity is so great that, if every state was its own independent country, 23 states in the US would still top the list—across the world—for the numbers of people who are incarcerated per every 100,000 people. Also, numerous studies have shown that people of color are more likely to be given longer sentences for crimes they committed than sentences given to people who are Anglo found guilty of the same crime.

Reforming the prison system—or criminal justice reform, as it’s more broadly called—has been happening across the country for at least a decade. Private prisons are a part of that as prison reformers feel that for-profit facilities should not be a part of incarceration.
Federal prisons are now solely operated by the government. Nearly half of all states do not have any privately owned state prisons. And other states in the nation are enacting similar moves to what’s just now being done in Colorado. New York, Illinois and Kentucky have actually passed bans on new prisons, and California is already in the process of passing legislation.

For some, the move to shift from private prisons also carries with it a philosophical component, as several groups are advocating for allocating resources to greater treatment, rehabilitative and educational services within the prison, not only to equip prisoners to re-enter society but to avoid committing further crimes..

Although Dean Williams, Director of Colorado’s Department of Corrections, has declined to take a stand, he has expressed his conflict with the situation. “I’m concerned about any part of the prison or correctional system where there’s a profit incentive,” he’s quoted as saying. “But the size of the population puts me in a difficult position because I also realize that we rely upon three private prisons to provide bed space—and those are beds that we need.”

All of this is further compounded by the fact that Colorado’s prisons are already overcrowded, partly because of a “too slow” process of paroling prisoners on time and a recidivism rate of 50%--11 percentage points higher than the average in the nation. The DOC recommends that the prison system not exceed being at 98% capacity; Colorado has exceeded that percentage for more than a year. This situation was exacerbated further when, in January, GEO Group announced that it was going to close its Cheyenne Mountain Re-Entry facility on March 7th, creating the need for 642 more prisoner beds within 60 days. GEO Group says their decision to close was due to the governor requesting funding to re-open Centennial South. The governor’s office frames the situation differently, citing GEO Group encountering problems in their management of an immigration detention facility they own in Aurora of a serious enough nature than investors withdrew and the City Council of Denver canceled their contract as well as failing to keep certain required licensing current and an inability to retain staff at Cheyenne Mountain.

Such is the status of things, at this point. It’s anticipated that there will be additional information revealed in the process of the next five years. Nonetheless, there does seem to be common ground among some legislators. Representative Herod, the bill’s sponsor in the House, is clear on what she wrote the bill to do, but she also emphasizes that whatever is done, it must be done responsibly and respectfully, adding that the cost involved in such a change is unknown and is crucial in any decisions to be made. She adds that cutting ties with the private prison is also not likely to happen now or even in the near future.

On that final point, all seem to agree.