Written by Priscilla Waggoner on 10 March 2020. Posted in News

Every Board of Directors encounters problems. But that is exponentially the case with newly formed boards of newly formed organizations. And if that organization is subject to literally hundreds of pages of state requirements and has a simultaneous mission to provide a service at a cost most people can afford…well…suffice it to say that the likelihood of hitting rough water during the first few months of operation is all but guaranteed. 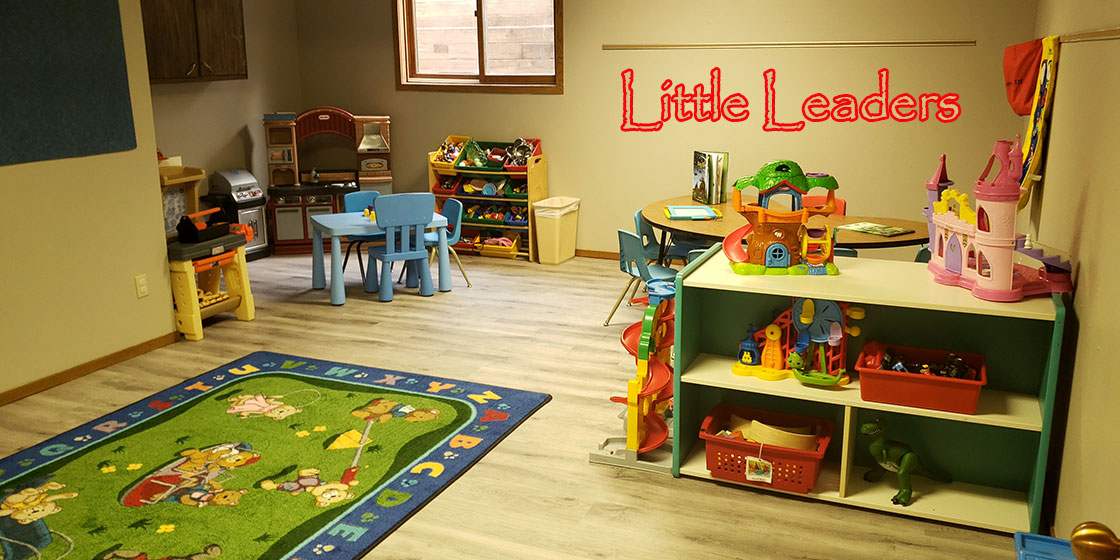 With that said, the minutes of last week’s LLLCC board meeting reflected a decision that can best be described as a real shocker: the day care center was going to have to close after being opened for a little more than a month.

In retrospect, it might be said that the move was more symbolic than anything else, although no one present probably knew that at the time. It must be remembered that this group of people—the vast majority of whom are highly invested volunteers with demanding, full time jobs during the day—has been working very hard for at least a year to make LLLCC a reality. In fact, some of the individuals have made it a priority to have a day care center in Kiowa County for more than five or six years, and voting for closure was something most didn’t even want to imagine. As one board member said, “It was awful…just an awful conversation.” Another described it as a “punch in the gut”.

Fortunately, a few days later, another board meeting was called and the group reassessed its decision. And, as so often happens when a little time is given to view the “bigger picture”, a different sentiment emerged. As another board member said, “We are not closing this down. We’ve come too far to do this.” From the perspective of someone who didn’t have to go through the consternation it took to make such a resolution, it might also be said that the decision to close was the very thing needed to reassess the situation, take a hard core look at where things stand and make a plan of action to turn things around. And it seems that’s exactly what has happened.

However, to understand how the LLLCC got to where it was a week ago, it’s important to revisit how the whole idea of resurrecting a licensed day care center even came into being.

Roughly five years ago, a member of the Early Childhood Council did a survey of businesses—in other words, a feasibility study—of Kiowa County to determine if a licensed day care center could be supported. The results were promising: numbers were clearly there, and so was the community interest, and as a result, grassroots organization was set in motion. After the forming and subsequent dissolution of several very well intentioned work groups, a few individuals took control and began to work out a plan.

Regulations were reviewed—no small feat considering that the 300 plus page document is constantly being revised. Obstacles kept popping up, but each one was overcome. A physical space—the greatest obstacle—was finally found, thanks in great part to the pastor and members of the First Baptist Church. Subsequent applications were completed; inspections were made; applications were resubmitted, and the approval process was initiated.

Once it looked like clear sailing, the LLLCC began to announce that parents could pre-enroll their children. Based on the response, projected staffing, available space and a number of other factors, a target enrollment of roughly 30 students was established, and all involved agreed it seemed a very realistic target to set

This kicked in a whole new set of challenges, not the least of which related to the requirements set by the state for a person to be certified as a teacher at a licensed learning center. There was significant interest among a small group of highly motivated prospective staff members, but they needed to take college classes and work for a set number of months before they could be certified. Nonetheless, thanks to donations from the Early Childhood Council, scholarships for the college classes were awarded, and the small group of teachers were on their way to being certified.

Finally, after a frustrating number of additional setbacks that were largely due to the overly rigorous certification process, the LLLCC finally opened its doors.

And that’s where the reality set in.

Despite the results of the feasibility study, despite the community support for a licensed center, despite the enthusiasm that—at least from appearances—never seemed to wane, the number of students who actually enrolled was far below the target enrollment that had been set as a basis for operation. Meanwhile, the expenses related to that operation—based on what all the indicators had shown—began to add up to such a degree that even the most devoted board members doubted the center could survive.

Hence, the meeting where the decision was made. And, after another board meeting Monday night, this is where things stand a week later.

The Little Leaders Learning and Care Center is already currently certified to have students from pre-school aged to twelve years old. However, in what can only be described as perfect timing, LLLCC received word last Friday that it is now approved to accept infants and toddlers. (The official certificate must be in hand before that becomes official, but the only hold up—at this point—is the state sending a hard copy of the document.) That makes it the only licensed center in the county (and, in some directions, beyond) that is officially licensed to have children from infants to twelve years old. There is also an adequate number of certified staff to teach those children across those ranges of age.

More specifically, the Monday night board meeting of the LLLCC resulted in the following decisions, as described by board member, Dennis Pearson. “In essence, there was an overall consensus to move forward by reviewing costs, rates and ways to engage the community. Fundraisers will be held as well as pursuing other avenues for revenue, including promoting the 50% tax credit for donations. A plan of action was developed and will be reported to the board every two weeks. Ways to cut costs were also discussed, as well as calling an expert who operates two centers in Pueblo and has agreed to donate her time to help us get over the hump. Other more specific actions were taken, but that was basically it tonight. We meet again on March 30th. In the meantime, people should know that the center is open, and it plans to stay open.”
This is the point where the rubber meets the road.

At the risk of editorializing, it must be said that, if Kiowa County wants to have a licensed day care center—as so many people have so enthusiastically and repeatedly stated for the past few years—it must be supported by the people of Kiowa County. There’s simply no other way put it.

Granted, staff associated with the center should focus energy on possibly promoting the center to people in Kit Carson and other surrounding communities, and additional efforts should be devoted to marketing and pursuing grants that are available to licensed child care centers. It sounds like those steps will now be taken. But if the community where LLLCC is located doesn’t commit to its existence and offer the support needed to stay in operation, the center will have a hard time surviving. And let’s be realistic: if the LLLCC closes, the likelihood that another licensed center will ever be opened again is virtually non-existent.

So, what impetus is there for parents in Kiowa County to send their kids to LLLCC?

First of all, literally countless studies show again and again and again that early childhood education during the first five years of life is absolutely essential if a child is going to excel once they go into kindergarten. To put it more bluntly, children who attend early childhood education centers are predicted to do much better than children who don’t, and the first five years are the absolutely most important time for that to occur. This is part of the reason that “universal pre-school” is set as a priority among so many governmental programs.

Likewise, early childhood education is far from some generic term; on the contrary, it has very specific parameters, not the least of which include offering pre-planned, structured educational activities designed to teach specific skills and delivered in a setting where those skills are not just taught but measured.

There are also financial incentives to sending children to licensed learning and day care centers. For example, depending upon a family’s income level, parents may qualify for the Colorado Childcare Assistant Program (CCAP), a state program designed to encourage parents in sending their kids to licensed and certified centers by subsidizing tuition payments for those families who qualify. LLLCC has those applications available and Director Tina Kraft can assist with completing the form. Also, parents who send their children to licensed learning and child care centers can take the tuition they pay off their income taxes.

The tuition is also not as expensive as some people may assume it will be, and the rates at LLLCC were set to be as affordable as possible. For example, daily tuition is $25 for full day attendance. Broken down into the 9 hours a day the child will spend at school, the cost is only $2.78/hour, a rate that is very close to what many parents pay for child care at non-licensed centers. The cost for infant care is only $30 per day or $3.30 per hour with one teacher for every five infants. And half-day attendance for children who are in school part time is obviously less, as are the “drop in” rates.

Finally, the entire community stands to benefit from having an established, licensed learning and day care center, not only from the clear benefit of having local kids being educated during the most important years of their lives but also in the way licensed learning centers are proven to retain employees working in the area whose children attend and serving as an amenity communities can offer to people who might be considering moving to the area.

There’s obviously a great deal more to be said, but perhaps it’s best to close this topic with the following, “tell it like it is” conclusion.

The people who have worked so hard for so long to bring licensed day care to Kiowa County have, without a doubt, done their job and, in most cases, extended extraordinary effort without ever receiving a single cent of compensation for their efforts. It’s time for the people of Kiowa County—who stand to benefit the most—to step up and do their part, as well.