UPDATE: Officer-involved Use of Force on April 9, 2020 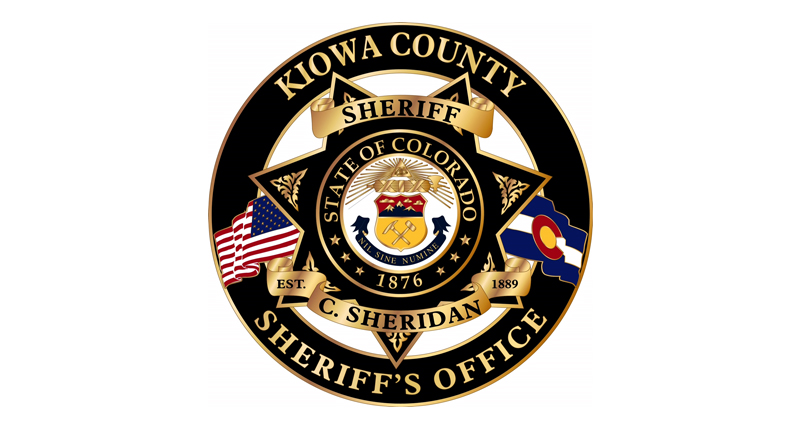 (May 14, 2020, Kiowa County, CO)--The investigation of the April 9, 2020 officer-involved Use of Force is continuing. The purpose of this release is to provide additional information about the initial timeline of events, the status of the investigation to date, and future steps to anticipate.

While the Kiowa County Sheriff’s Office recognizes our responsibility to be transparent, efforts to release information to the community must be balanced with the rights of those at the center of the investigation. Additionally, it is critical that the District Attorney is ultimately presented with a thorough and comprehensive case file, unhampered by leaks and speculation, upon which to make a decision.

In this release, the Kiowa County Sheriff’s Office will provide a basic chronology of events of the incident, an overview of investigative steps that have been completed to date, and a snapshot of next steps in the case in an effort to provide as much clarity as this active investigation will allow. Additionally, we will attach the Use of Force and Administrative Leave policies for the sheriff’s office

The following is a basic timeline of the factual events, as we know them, of April 9, 2020. More detailed information about those events is obviously still under investigation, and will ultimately be contained in the case file presented to the District Attorney’s Office. Please note: these times are approximate.

The investigation of this incident is proceeding steadily. Interviews of all involved parties have been conducted, and a wide variety of evidence, to include body-worn camera footage, has been reviewed. Physical evidence has been collected, and some of it is awaiting further analysis by the CBI Forensic Services Laboratory.

As you know, the Coroner’s Office has released their findings from the autopsy of Mr. Gifford, which is standard practice in cases such as this. Readers are cautioned not to draw conclusions without further investigative context.

Due to both their complexity and seriousness, officer-involved shooting investigations are by nature very thorough, and therefore time-consuming. It can take many weeks before a case file is ready to be presented to a District Attorney’s Office, and many weeks after that for a District Attorney to conduct a full analysis and render a charging decision.

The Kiowa County Sheriff’s Office employees involved in this incident remain on Administrative Leave, per policy, during the criminal investigation.

As previously noted, the purpose of an officer-involved shooting investigation is to present a comprehensive case to a District Attorney, for the purpose of making a determination of criminality, if any, in the actions of the involved officers.

Parallel to that criminal investigation, the Kiowa County Sheriff’s Office will be arranging for an Internal Investigation by an outside agency, the purpose of which is to determine whether internal policies were followed. Such an investigation can also be useful in identifying future training, personnel, and equipment needs.

Once the District Attorney receives the criminal investigation case file, he can choose to take any of the following steps, depending on their analysis:

At the point at which the case is received by the District Attorney, the case ‘belongs’ to that agency and there will be no further comments or releases by the Kiowa County Sheriff or any investigative agency other than the DA until a final decision is rendered.