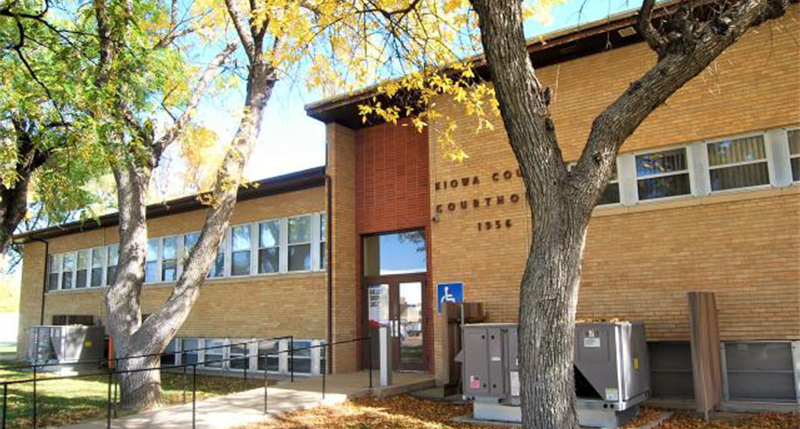 Yonda Leonard, former principal and superintendent of the Plainview School District, recently appeared in Kiowa County District Court for sentencing. Leonard had initially been charged by the District Attorney’s Office with the Fifteenth District with four counts of Forgery of Documents, a level five felony, and two counts of Attempt to Influence a Public Servant, a level four felony, in connection with fraudulent documents she submitted as part of her application for the position with the school district.

As part of a plea bargain, the District Attorney’s Office dismissed the four counts of Forgery and one of the two charges for Attempt to Influence a Public Servant. Leonard, who pled guilty to the remaining charge, was sentenced to serve 60 days in jail with credit for one day already served plus a deferred sentence of two years.

District Judge Stanley Brinkley handed down the sentence, bringing to an end a situation that started in early 2019 and threatened to divide the community.

Leonard, who was licensed to teach Elementary Education K-6 by the Colorado Department of Education (CDE), had been working in an administrative position for at least a year with the Plainview School District when, in July of 2018, she was appointed by the Plainview School Board (PSB) to serve as interim principal and superintendent after that position became vacant. That position has had a significant amount of turnover in the preceding years.

In March of 2019, the Plainview School Board opened the principal/superintendent position for permanent hiring. Leonard applied and submitted her application for the position, which included a resume explicitly stating that she possessed a Colorado Principal’s License and a Special Education Generalist Endorsement.

On April 25, 2019, during a special meeting of the Plainview School Board for the hiring of a permanent superintendent/principal, the decision to offer Leonard the position passed with a 3-2 vote. However, as spelled out in a subsequent CDE report, the decision to hire was made under “contentious circumstances” as several concerned citizens and board members questioned Leonard’s qualifications. Witness accounts state that Leonard presented a document, which she claimed was her principal’s license with the special education endorsement. The PSB President and Vice-President allegedly requested a copy of the license, but Leonard “refused to provide a copy”.

Presenting one document reflecting such licensure is not consistent with the CDE practice which, as stated in the report, “issues these licenses individually…with unique license numbers and details and not one encompassing document”.

On April 30th, the CDE learned that Leonard had been awarded the permanent position of principal/superintendent.

Over the next few weeks, the CDE investigated Leonard’s qualifications. On May 16, CDE issued a summary of that investigation, stating that the agency reviewed Leonard’s application for a renewal of her license to teach Elementary Education K-6 and found “some of the certificates of training and coursework were highly questionable or fraudulent”. The summary further states that a review of Leonard’s application for principal license and special education endorsement revealed that she does not meet the requirement for either one.

The Colorado Department of Education ruled that “Leonard’s conduct amounts to substantial or continued unethical behavior in violation of the Educator Licensing Act” and cited Colorado Revised Statutes that allow the CDE to annul, deny or revoke licensure of an individual who attempts to get that license through misrepresentation, misleading information or fraud.

The Plainview School Board terminated Leonard’s contract in August and offered the position to the other individual who had applied for the job at the same time as Leonard.

In November, as a result of further investigation by the Kiowa County Sheriff’s Office, Leonard was arrested, taken into custody and ultimately charged with the six offenses, five of which were eventually dismissed.

If Leonard successfully completes her sentence and all terms are met during the probationary period, the guilty plea will be withdrawn and the charge dismissed.