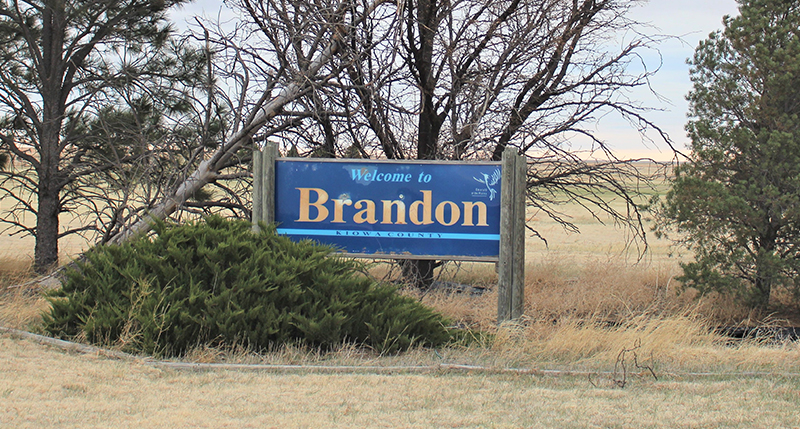 According to the Kiowa County Coroner’s official findings of the autopsy performed on Zachary Gifford, Gifford was shot three times in the back during his fatal encounter last month with Kiowa County Undersheriff Weisenhorn and Deputy Quentin Stump.

The autopsy summary obtained by the Independent deems Gifford’s April 9 shooting death a homicide and finds that the 39-year-old Eads resident “died as a result of multiple gunshot wounds.”

The summary also states that there were other multiple injuries present, including two punctures by a Taser, or stun gun, as well as contusions on his face, arms and legs.

The report, prepared by forensic pathologist Dr. Lingamfelter through the Kiowa County Coroner’s Office, also indicates there was methamphetamine present in Gifford’s blood on the day he died.

As the Independent has reported, the Kiowa County Sheriff’s Office has placed Undersheriff Weisenhorn and Deputy Stump on administrative leave while the incident is investigated by the Prowers County Sheriff’s Department with the help of the Colorado Bureau of Investigation.

The autopsy summary, which is published in its entirety below, was obtained as a result of Kiowa County Coroner Jimmy Brown’s full compliance with a CORA request submitted on May 8 by the Independent. 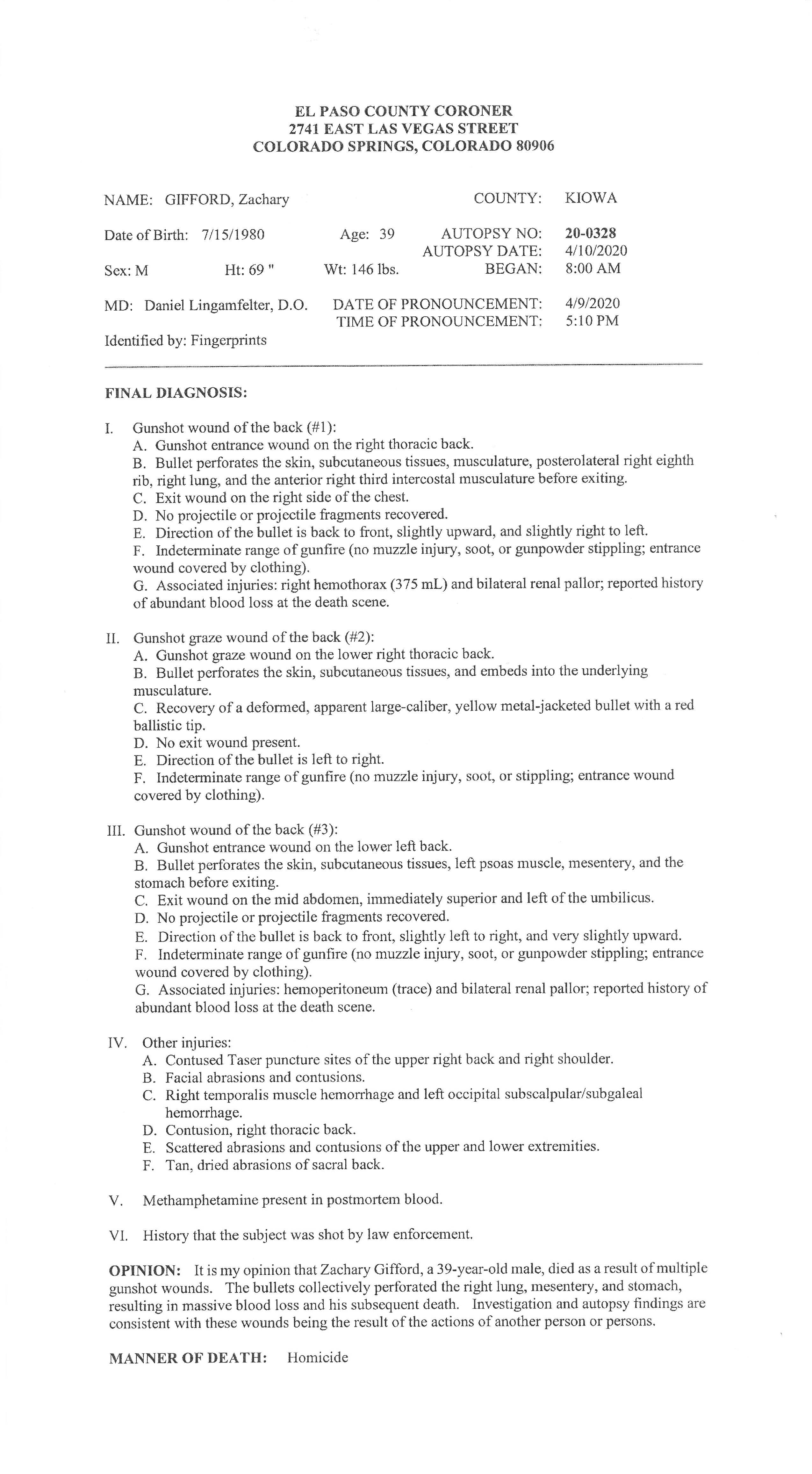