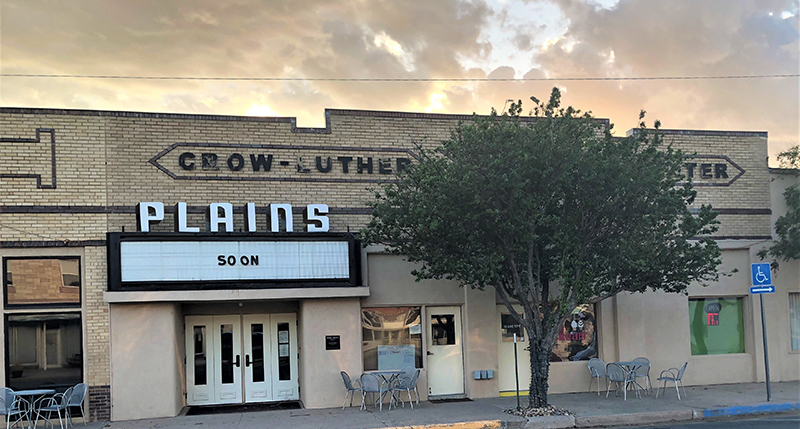 It has been quite a process to re-open businesses in Colorado with some being more problematic than others. Theaters have seemed to be quite a dilemma for Governor Polis until recently, as now the local variance committee approved the reopening plan presented by the Plains Theater in Eads. According to officials at the Crow-Luther Cultural Events Center, the non-profit that operates the theater, “We are making plans to open the theater after more than three months on June 26.”

A few weeks ago, the Plains Theater was part of the first variance plan that went to the state for consideration for opening. But the Kiowa County Variance Committee consisting of the Board of County Commissioners, Public Health and the Kiowa County Hospital District determined that there were some concerns in opening the theater at that time. However, the Plains Theater submitted another variance plan to the variance committee on Thursday and this time they voted unanimously to accept it and send it to the state for final approval. The plan was based on the Lamar Theater and Burlington Theater variance plans, both which have already been approved by the state. Both theaters re-opened their doors to the public in the past week.

When the theater does open on the last weekend in June there will be some changes patrons will need to get used to, but the CLCEC board feels they have a solid plan that will help keep people safe while being able to once again have an enjoyable time at the movie with family or friends.

The first guideline is that a “customer” includes as many as one or more people who share daily living quarters such as families. A family unit or customer unit can sit together and stand in line inside the theater together. Masks are not required by patrons. All volunteers and workers will wear masks while directly serving patrons.

The main issue for movie goers will be the time it will take to purchase tickets, order concessions, and then go down into the auditorium to find seating. Ice cream at the Maine Scoop will have to be purchased from the Maine Street door lobby of the ice cream shop. Once the ice cream is purchased you can bring it into the Plains Theater.

Entry will only be allowed through the north door with social distancing required while waiting in line to purchase tickets and concessions. Inside the auditorium there will be some seating restrictions. Family units or people who live around each other may sit together. There should be three seats on either side of the family groups. In addition, seats behind and in front of the groups must be open. A Plains Theater employee will be available in the auditorium to assist customers in finding seats.

Signage will be available throughout. Cleaning in restrooms, concession stand and auditorium will be done between shows.

For the first month movies that went on pause in March will be shown. Then in late July movie producers will start releasing major motion pictures once again.

It’s a slow process to get the wheels of progress going again. But, after more than three months of darkness the big screen in the Plains Theater will be brightly lit.