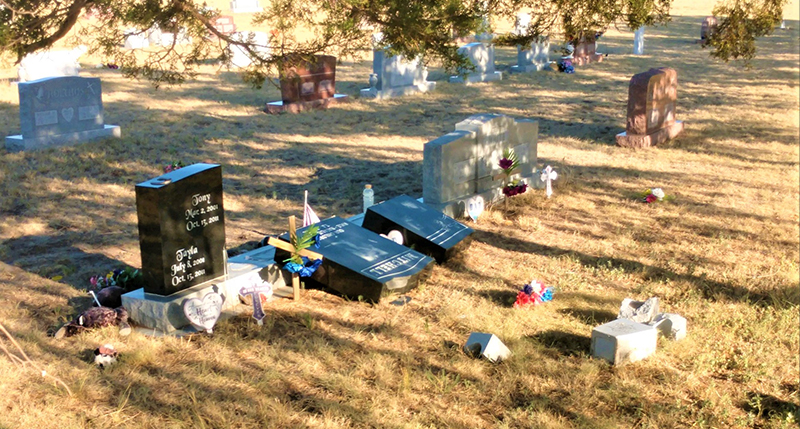 Over the July 4th weekend the country watched as President Trump spoke at Mount Rushmore where the images of four of our greatest Presidents---Washington, Jefferson, Roosevelt and Lincoln---are forever memorialized on the face of the mountain in the Badlands of South Dakota. This speech was not without controversy, however, as many in the media and others, including some Native tribes, demanded that Mount Rushmore be destroyed because of its racist nature. At the same time in Rochester, NY the statue of Frederick Douglas was pulled down by angry mobs, and the same fate was suffered by the statue of Christopher Columbus in Baltimore.

Across the country Cancel Culture is taking it upon themselves to vandalize and destroy the memorials of those they don’t respect, or those they don’t agree with, or simply to just destroy memorials that represent nothing more than just being there.

Over the July 4th weekend the small town of Kit Carson suffered its own form of destructive vandalism as numerous memorial gravestones, erected through the years in order to honor those who came before, were greatly damaged by those who have no understanding of the stories behind the monuments. The destruction occurred in the Kit Carson Cemetery and the vandals came in and seemingly, randomly, destroyed stones, vases, and other precious gifts that had been left at the graves by loving hands. 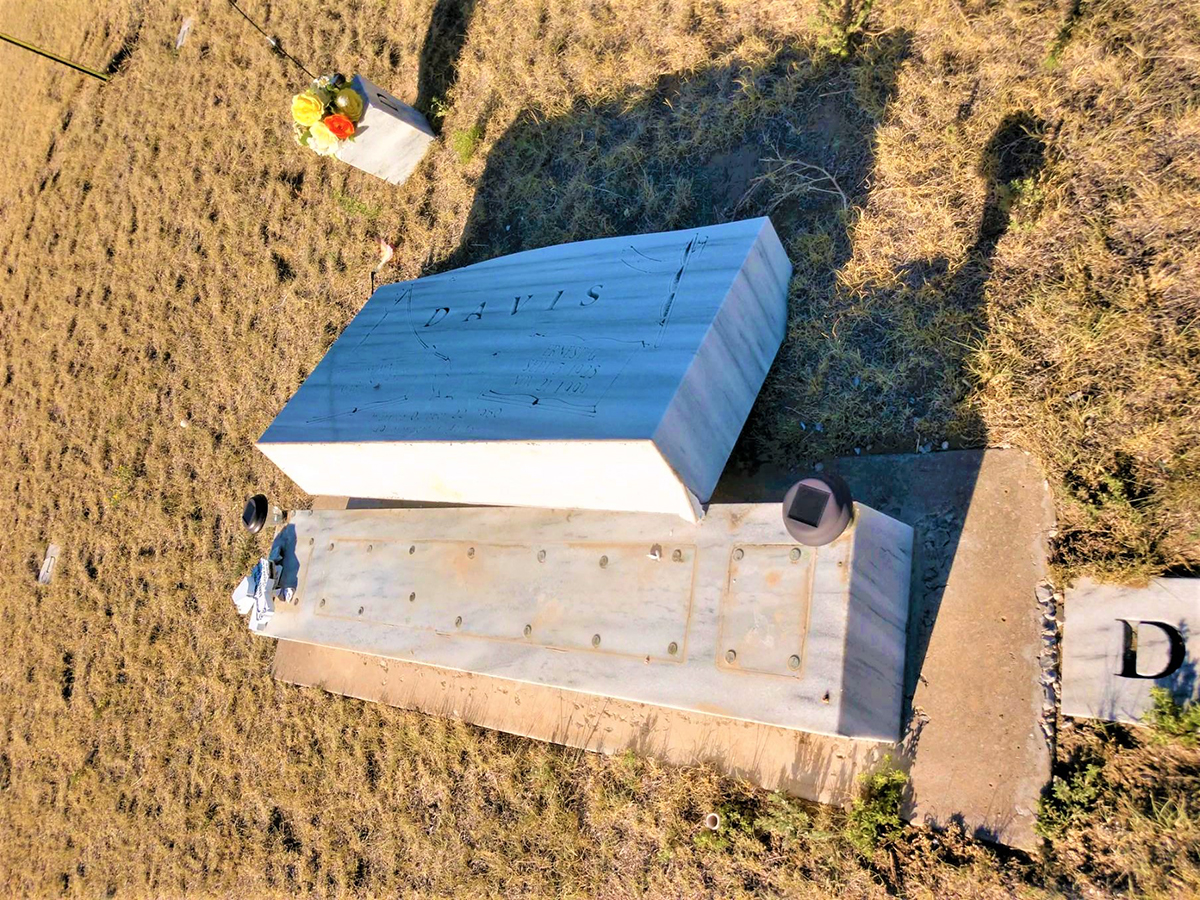 Cheyenne County Undersheriff Michael Buchanan posted a statement about the vandalism on the CCSO Facebook page stating the vandalism is thought to have occurred sometime between July 3 and July 6. A substantial reward for tips that lead to the arrest of the person or persons who did such indiscriminate damage to the memorials have been offered.

Today in a brief interview on the phone, Buchanan stated, “It’s still an open investigation. There is a substantial reward for anyone who has any information that leads to the conviction of the person or persons who did this.” Buchanan went on to include, “The District Attorney is watching the situation closely.”

According to the Kit Carson Cemetery Association board member Ronald White, “There were approximately 35 stones that were damaged. The damage ranged from totally destroyed monument stones to broken and stolen vases ripped from the bases of many.”

“The cost of the damage is in the thousands of dollars,” state Jimmy Brown owner of the Brown Funeral Home who through the years has placed a great many of the monuments in the cemetery. “It looks like there was probably more than one person and they probably took something like a sledgehammer to the monuments because they weren’t just knocked over, but rather had been pounded on.” Brown is hoping law enforcement will get to the bottom of the property destruction even if that means increasing the amount of reward money that is being offered.

The statues torn down across the country were judged by the mobs to be memorials of people who were racist and thus had to be destroyed, despite the fact those same mobs often times didn’t even know who that “judged” person was or what they had done when they were alive. The same scenario applies in the Kit Carson Cemetery.

Take the gravestones of Howard Mitchell and four of his children, for instance. On October 13, 2011 Howard Mitchell, a deputy with the Cheyenne County Sheriff’s Department, was driving a van filled with his foster children ranging from elementary age to high schoolers. They were just south of Kit Carson, headed to Eads to go to school, when they were involved in a horrific accident that took the life of Howard Mitchell and five of his foster children. This was an unspeakable horror for not only his loving wife, Melody Mitchell, but for the hundreds of people who knew and loved the family.

Over the July 4th weekend the three-part monument stones that memorialized Howard and his children was destroyed in the mayhem.

Melody Mitchell says, “It’s more than I can handle. I haven’t been able to make myself go up there yet and see the damage, but I’m told it is extensive.” At the time of the horrific accident in 2011, a number of victim’s advocate groups, churches, and other caring people helped Melody pay for the three-part headstone that was laser engraved with their images in granite. “Their headstones cost upwards of $16,000 to $20,000,” stated Melody, “There’s no way I could ever replace what has now been lost.”

Other families suffered the same sadness when they learned their loved one’s memorial headstone was one that had been damaged or destroyed. Melody describes that anguish saying, “When you lose a loved one you want to honor them the best you can, and these headstones are our way of remembering them and recognizing they were important---at least to us. They are in a place we can come and reflect to find the strength to carry on. That’s what Howard and the kids’ stones meant to me.”

As cancel culture continues and random memorials across the country are damaged and destroyed one just needs to think about and consider why those statues and gravestones were put there in the first place. Mitchell says it best, “What has happened to this world when there are people in it who think it’s okay, it’s deserved, to destroy the memories of others they don’t even know?”