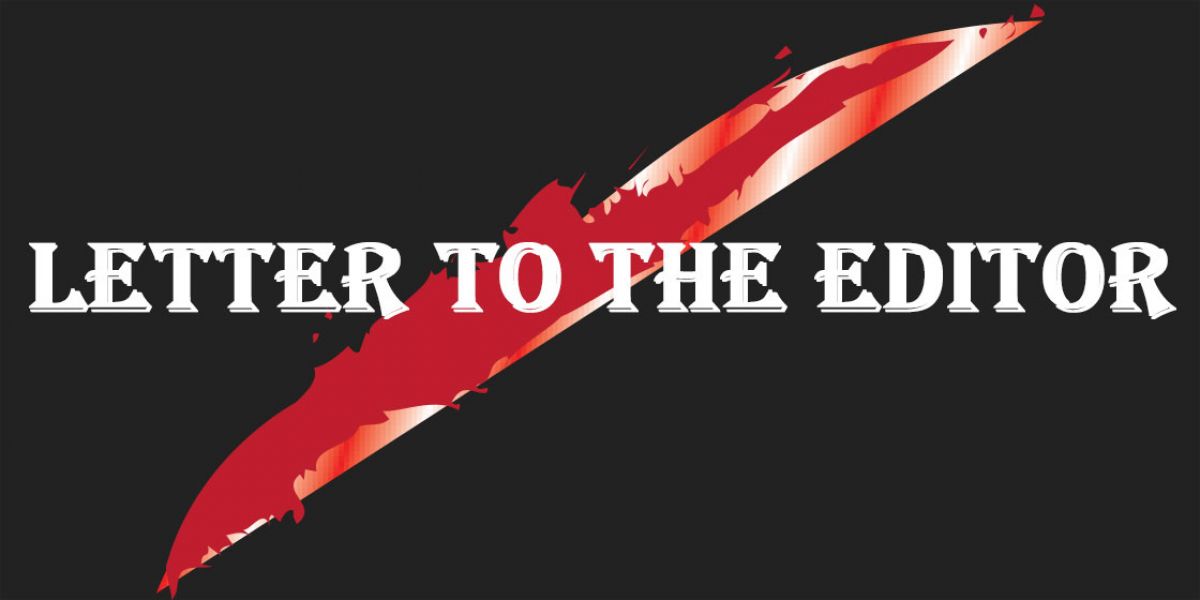 Letter to the Editor and Reply

2016-10-19 21:43:42
Dear Editor,
After reading the article on Plainview football in the September 21, 2016 issue of the Independent, there are several things I would like to comment, correct, and add to the content printed. We are very excited at Plainview to be able to field a football team for the first time in years. We are also thrilled to have high school volleyball back in the gym. We will also be having both boys’ and girls’ basketball programs in the winter. This year, we are playing at the junior varsity level in football due to the number of players we have. This is something that I discussed with Mr. Harry Waterman, an assistant commissioner at the Colorado High School Activities Association (CHSAA) at the Colorado Athletic Directors Association outreach meeting last spring in Lamar. Mr. Waterman told me that since we were beginning a program with such a small team that we would need to prove the sustainability of the program for several years before we would be placed in a varsity conference. This is the reason I pursued a junior varsity schedule for Plainview. I received permission from Mr. Waterman to include his e-mail to me word-for-word in this letter. It reads as follows:

“It’s imperative that upstart programs establish a sustainable program that can demonstrate a commitment in numbers of players from year to year and an ability to compete at a competitive and safe level of play.  Ages of players, experience level, size of players, facilities, district level support, number of current athletes and number of upcoming athletes in feeder school/s are several key components when determining if a school may be ready to be added to a varsity football conference.  The last thing anyone wants to have happen is for a team that is not ready to maintain a program be placed in a conference, build a full schedule of league and non-league contests and later realize that they cannot sustain a team.  When that happens, every opponent on the schedule is likely to be cheated out of a game.  It can also cause schools to be unwilling to schedule that program in the future. Football is the most difficult sport to find a replacement at the last minute.   A team’s readiness cannot be determined without a body of work.  I advised you last spring to begin this process by playing as a Junior Varsity program.  At the conclusion of this two-year cycle, your program should be re-evaluated to see what progress has been made based on the factors mentioned above.  My hope is that Plainview H.S. is able to build a solid foundation and develop a varsity level program for the future.”

The article also charged that our football athletes are being “forced to play with outdated equipment.” This is simply not the case. I as the Athletic Director and we as a school take the safety of our students and student-athletes very seriously, and there is absolutely no way I would allow our athletes to use equipment that is outdated. Our football equipment was inspected and reconditioned before the season and our helmets each carry the reconditioner’s certification which indicates the satisfaction of the National Operating Committee on Standards for Athletic Equipment (NOCSAE). Our players all wear and utilize the proper equipment outlined in the National Federation of State High School Associations rule book for the 2016 season. This equipment includes hip pads and tailbone protectors, knee pads, shoulder pads, thigh guards, and tooth and mouth protectors. As the athletic director of a school that is re-starting football, I spent many, many hours researching everything we needed to do to ensure a safe, enjoyable season for our athletes. I always have and always will place the safety and wellbeing of our athletes at the highest level of importance. On a different note, as most everyone knows by now, Plainview school experienced a difficult and damaging storm in July. This storm rendered our football/baseball field lights inoperable and the poles unsafe. It also rendered our scoreboard unusable. We will, through our insurance company, be receiving new lights and poles and a new scoreboard. These will all be installed in the spring and will be ready to go for next season. I would like to also take this opportunity to thank everyone who has supported us as we begin a new chapter of athletics at Plainview. If anyone would like to view the e-mail from Mr. Waterman to myself or the proof of certification for our equipment or for any comments or questions, please feel free to contact me at the school by phone at (719) 729-3331 or by email at This email address is being protected from spambots. You need JavaScript enabled to view it.

Thank you for submitting your comments regarding Betsy Barnett’s article “Plainview…..” in the September 21, 2016 issue of the Independent.  We always enjoy the opportunity to have a dialogue about what’s printed in the newspaper.
As I understand your letter, there are two points in the article you feel are inaccurate.  The first relates to Plainview’s team being placed in Junior Varsity and Ms. Barnett’s statement, “Since the team was formed after the regular season schedule had been released for the conference, Plainview will have to play Junior Varsity this year”, suggesting the decision was related to local factors.  As you know, Ms. Barnett was not aware of any correspondence between you and the CHSAA; however, given her familiarity with CHSAA regulations, she had no reason not to believe that the decision rested with Plainview since other local schools, such as Kit Carson and Prairie, have placed teams in Varsity the first year they were in play, and Kim/Branson played JV for the first year only before switching to Varsity.

In your letter, you essentially stated that the decision was outside of your control; Mr. Waterman with CHSAA had told you that, due to your small numbers, you “would need to prove sustainability before you would be placed in a varsity conference”. However, the email that you quoted from Mr. Waterman frames it somewhat differently.

Mr. Waterman states that he “advised” you to begin in the Junior Varsity program and that you “should” have the team re-evaluated at the end of a two year cycle.  He certainly provides a lengthy explanation why he advised you to do this, which goes a long way toward building the case for why you decided as you did.  But nowhere, at least in the segment you included, does Mr. Waterman prohibit Plainview from playing Varsity.  Given the strict nature of CHSAA regulations, it would not only have been inaccurate for the article to state you’d been barred from playing Varsity, it would have been inappropriate as it could have suggested that CHSAA possibly applies different rules to different schools.
I’ve also been informed that, in looking at the totality of sports teams playing at Plainview, there are a few students who are or will be playing for other schools.  I don’t know the circumstances and am not privy to any more information than that.  But Mr. Waterman’s main concerns were focused on the number of players.  It then seems logical that, if Plainview playing Varsity teams was a goal, there would be an attempt to keep Plainview players playing for Plainview.  Again, that’s just speculation, but it seems to support the notion that the decision was made primarily at a local level.  So, while the statement that Plainview is playing Junior Varsity due to a timing issue is not accurate, the Independent continues to feel the article was correct in the basic assertion that the decision to play JV ultimately rested with Plainview.

Your second point takes issue with Plainview being “forced to play with outdated equipment”. In your letter, you stated this is not the case and went into detail describing all the steps you’re taking to ensure the safety of your athletes, and you should be commended for your efforts.  Plainview definitely took a hit in that storm earlier this year, and it sounds like you all are working very hard to restore what was damaged.

But discussing safety is somewhat of a non-sequitur, for nowhere does the article mention—let alone, question—the safety of Plainview’s equipment.  Outdated is not a synonym for unsafe.  Outdated means exactly what it sounds like—out of date, out of fashion, not current—which is to be expected, given how long it’s been since Plainview had a football program.  But safety issues were neither mentioned nor implied.

Neither was the statement a criticism.  In fact, the article goes on to praise Coach Biszak for his initiative in working to raise funds for buying the new team new uniforms.   Given the extent to which school funding is increasingly limited, that’s an action worth praising.  And having taught high school English myself for 15 years, I believe public education as a whole would benefit from having more teachers like Coach Biszak who are willing to go to such great personal lengths to support and encourage their students.
Even with all of this said, Mr. Koellor, I hope the larger point of the article is not lost in the discussion of its finer points.  There was no debate of Junior Varsity over Varsity or criticism of the safety of the program’s equipment.  Plainview and the Independent are undoubtedly in agreement that the first and fundamental priority is what is best for the kids.  What will provide them with the most enriching experience?  What will optimize their chances for success, now and later in life?
I’m constantly amazed at the level of support and encouragement entire communities in this area show for the student athletic programs.  And that sentiment was echoed in Betsy Barnett’s article.
Plainview Hawks, Back on the Field.
That is good news.
Again, thank you for your comments.
Priscilla Waggoner
Editor
Tweet