Written by Priscilla Waggoner on 03 September 2020. Posted in News 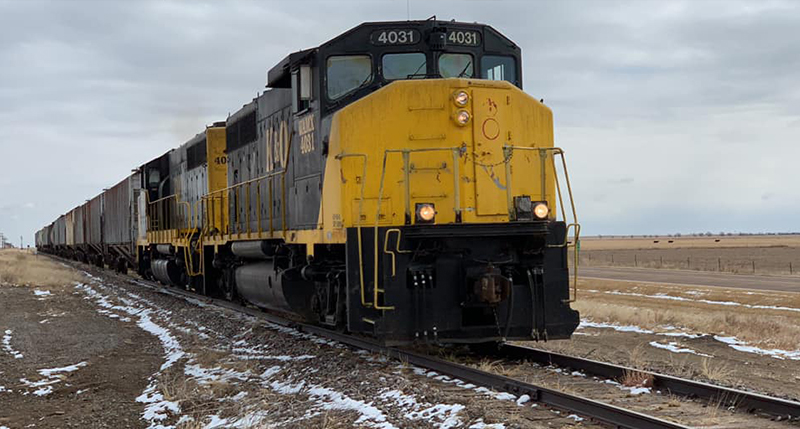 Stefan Soloviev, owner of the Colorado Pacific Railroad, recently made an announcement that should have a significant impact on farmers shipping product to the west. In a social media post dated August 21st, Soloviev stated, “We’re in the process of putting a $3.4 million unit train siding on in N.A. junction. We’re going to send unit trains and only unit trains…It may come together 2525252510, but these trains are going to be 110 cars long. Nothing shorter when they leave N.A. junction.”

There are some who will read that and instantly understand what Soloviev is saying. For the rest, this is the translation.

Colorado Pacific Railroad (CPR) is preparing to install siding on the western connection of the Towner line that will allow shipping via BNSF Railroad, something that is not currently possible. Connecting with BNSF will provide shippers with access to all the BNSF lines that run to the west, whether that’s to the Pacific Northwest, further south down the western coast or any number of destination points in-between. Connecting to BNSF will also alleviate one of the most challenging aspects with current shipping routes, specifically the need to backtrack to the east before ultimately heading west again – a route that adds to both the time and expense it takes to ship product in a western direction.

The interchange track build out is scheduled to begin, hopefully, in September, starting with the necessary “dirt work”. Working on the actual track, including grading, should begin in November or December. Hopefully, all work will be completed by the beginning of 2021.

These upcoming changes will, in the words of CWC Rail President, Matt Prince, “make shipping more efficient and at a much better rate.” As they say, time is money, and CPR is determined to save local producers plenty of both.

In a shout out solely to people in Eastern Colorado and Western Kansas, Soloviev also wanted to say that, on September 30, he will be at the Sheridan Lake gas station from 3pm to 6pm to “answer any questions regarding the railroad, meet anyone that would like to talk to me and we will have the first ever Colorado Pacific merchandise to give out to people in the first six target counties of Prowers, Kiowa, Cheyenne, Wallace, Greeley and Hamilton.”

Not an opportunity to be missed.