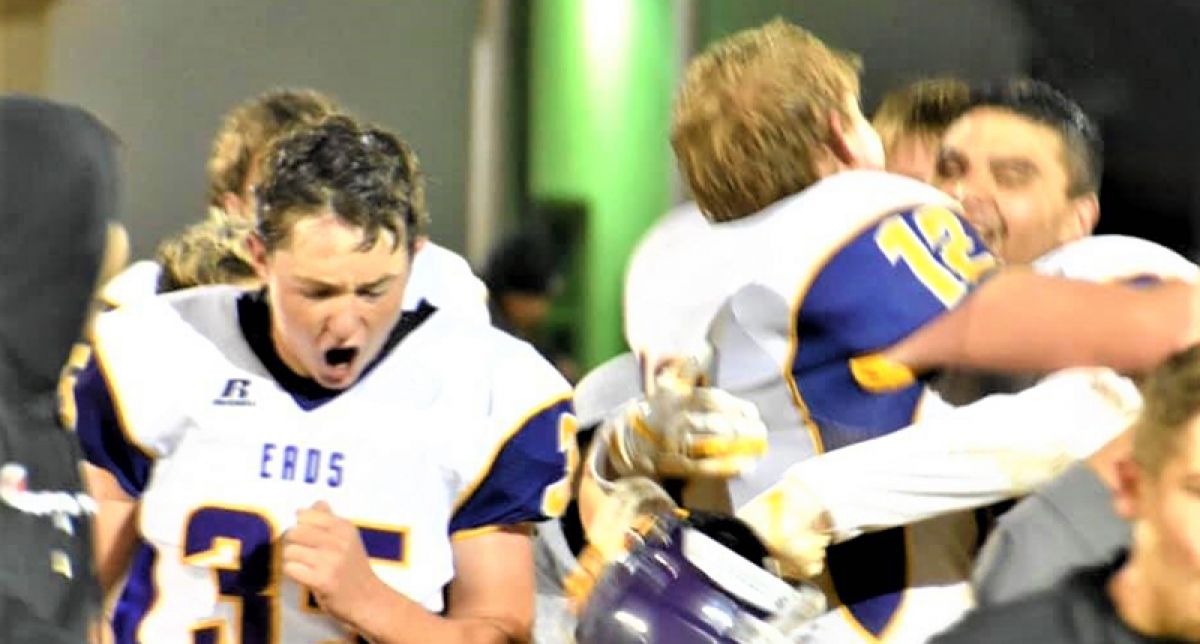 POLIS vs CHSAA: BATTLE FOR THE GRIDIRON

Since Governor Polis’ off-hand response a couple of weeks ago to a question about whether high school football could start because he was allowing the Broncos to begin their season, the state has been abuzz with controversy over how he responded.

Polis sent an onside kick to the Colorado High School Activities Association (CHSAA) with these words, “We would be thrilled to work with CHSAA to make that happen, for the districts that are ready to go.” He then clarified, “I think there’s some opportunity to have a fall season for those who are ready.”

Since those words were uttered, it has been an up-and-down rollercoaster for the estimated 140,000 student athletes in the state who waited for CHSAA to first fumble the onside kick in an initial unanimous ‘no’ vote to start football, and other fall sports, in Season A. But, after a huge outcry from the state, CHSAA dug in and forced a fumble from the Governor’s office getting the ball back and insisting Polis’ COVID-19 Task Force change their initial variance requirements in order to allow football to be played if, as Polis initially said, “They are ready.” That was at the end of last week.

Well, Governor Polis, THEY are certainly ready as 80% of the state’s football teams in all divisions have committed to play ball! That leaves only about 50 teams out of the more than 260 teams from all divisions in the state who will sit this one out and play in Season C.

This means that teams who have elected to wait and play in Season C, which supposedly will play on equal footing with Season A, will have far fewer chances to play common or like teams. Currently, 10 teams out of 5A, mostly all from the Metro 1 and Metro 2 conferences are waiting, and 6 teams out 4A are waiting with most out of Metro 2. In 3A the Denver Prep conference is mostly waiting, and that division will have 12 teams in Season C. The 2A division also has 12 teams waiting, and the 1A division has 10 teams waiting---mostly from the front range. The small schools, however, have only 8 teams who have elected to wait for Season C, including 6 from 8-Man and 2 from the 6-Man division. It is not clear at this point what Season C will look like with such limited opportunity for competition.

Today, on Monday, September 21 schools were required to commit to Season A or stay in Season C. They were also required to commit to following a number of safety measures including social distancing, wearing masks, and controlling other areas of concern. There are only 6 regular season games. The season begins on Thursday, September 24 when official practices can begin. Games begin the weekend of October 8-10. Playoffs will have only 8 teams qualify in each division with the state championship games, all divisions, scheduled for December 5th.

According to Trey Eder, Eads High School Athletic Director, “After today we will know more about who will be in our league based on where the numbers land in the traditional lineup. There may be a few outliers that have to move to another league to make the whole thing work. CHSAA has told us they will make the final league determinations and the schedules for each team---so we are waiting for that.”

Eder also added that the junior high programs will play now, as well. “Their schedule will be based on whatever high school schedule CHSAA gives us.”

As of Tuesday, CHSAA has posted a list of all schools, conferences and schedules for those who have opted to play in Season A on their website. It shows who is playing and who has elected to wait for Season C. Again, it is not clear how CHSAA will deal with Season C with the limited number of schools who are left to compete.

For instance, Las Animas, who has traditionally played in the 8-Man Ark Valley conference has elected to wait for Season C. In a video and written statement to their staff, students and parents on September 16, the Las Animas School District gave the following for the reasons to be one of the only schools in southeastern Colorado to not play in Season A:

“As it stands now with the information given to us today, we will stay with Season C. In speaking with administration and the coaches, we feel our athletes would not be ready for competitive tackle football in less than two weeks. We have been conducting an off-season workout schedule with students staying in their cohort groups at this time.”

In the video message, Las Animas High School AD Cody Hines indicated, “Season A seems too rushed and too condensed.” Hines and the Las Animas administration was also very concerned about crossing their high school cohorts which includes freshmen and sophomores in one cohort and juniors and seniors in another.

Finally, one last word needs to be said about not including volleyball in Season A as it is a traditional fall sport. The official word is that volleyball is an indoor sport, and therefore, the variances could not be approved from the Polis COVID-19 task force. It isn’t apparent that they tried very hard as the push for volleyball was not there. Many student athletes had moved on to either softball or club volleyball in the cities. However, it is obvious that this decision left holes in girls’ sports, especially, again in the small schools where athletes don’t have the opportunity to travel to the front range or did not pick up the softball. As it stands, however, volleyball will be played across the state in Season C.

Cover: Eads' Hatch Nelson (#35), Cade McDowell and Angel Medina celebrate after the Eagles won a nailbiter, 64-63, in Cheraw. Nelson blocked a PAT kick with no time left on the clock to secure the win. Photo: Wilson Photography