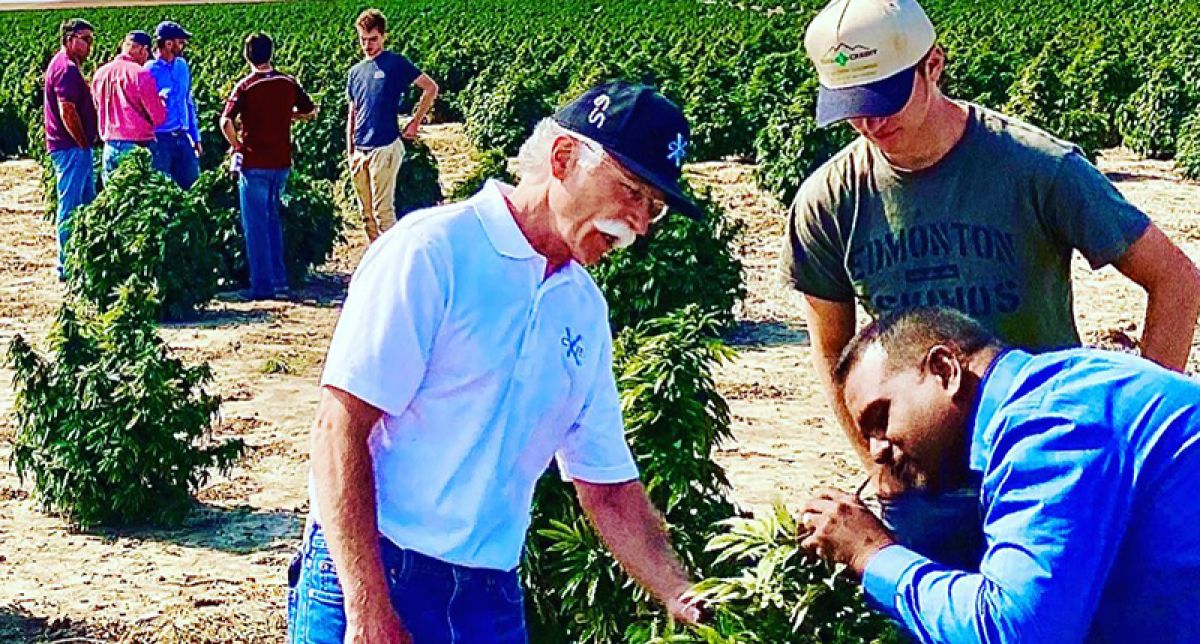 As was reported in a previous edition of the Independent, Stefan Soloviev of Crossroads Agriculture recently announced significant long term plans for the company, primarily focused on the increased role his son, Hayden, would play in the company’s operations.  Although the assumption of responsibility comes with the caveat that Hayden earn a degree in Agriculture and Business Management from one of the top agricultural universities in the nation (possibly Kansas State), it would seem that initial steps are being taken in preparing Hayden for the role.

Last week was a good example of that in action as the Solovievs – both father and son – spent the day in Sheridan Lake hosting a substantial, open session where all were invited and all questions welcomed, especially those asked by producers from the East End of Kiowa County, Cheyenne County, Prowers County and portions of Western Kansas.

Up to now, Stefan Soloviev has made himself unusually accessible to people via his presence on social media, often posting photos that give a glimpse into his life, both personal and professional, that might not be gained otherwise.  But, as both father and son agree, communication via social media alone can occasionally breed problems of their own, even if those problems stem from nothing more than a simple misunderstanding.

That simple but potentially harmful tendency was one of the first areas Hayden noticed in the company’s operations, along with his observation (as only a son would be allowed to do) that his father may sometimes come across as “harsh”, when that is not his intention.

Toward that end, Hayden is in the process of establishing himself as the “face” of Crossroads Agriculture, the “go-to” guy for those who call this area home.

Hence, last week’s meet (or, in some cases, re-meet) and greet.  From Hayden’s perspective, things went very well.  “I got to catch up with some of the great people I met earlier n the month.”  And it seems this has the potential to become a regular thing.  “Next month, we hope to have the unveiling of the Colorado paint train.” he reports. (More on that later.)

As it turned out, much of the discussion was focused on one of the other significant Soloviev enterprises  – the Colorado Pacific Railroad – which is increasingly making its presence known in a variety of ways in this part of the state.   As was also recently reported, work right now is centered on completely the interchange at NA Junction, which will bring greatly needed accessibility to the northeast part of the nation for those wishing to ship freight.  It’s both hoped and expected that, upon completion of the interchange, trains carrying freight will begin rolling through Kiowa County once again.  As Hayden Soloviev described the project, it will be “the gateway to the West!”