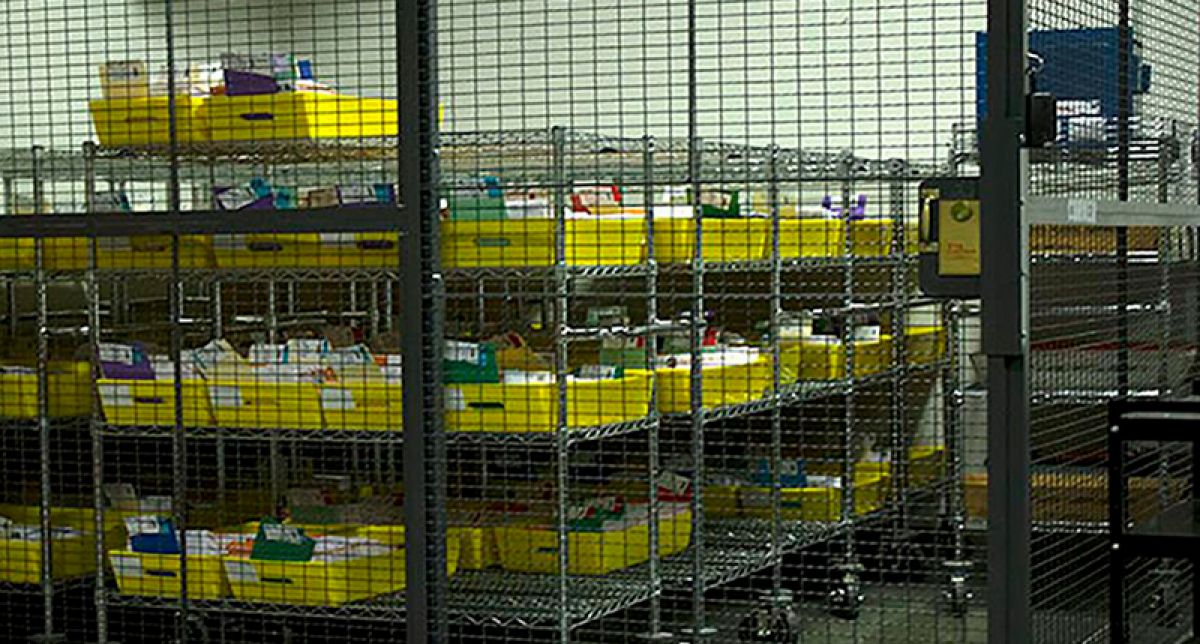 As President Trump and the Republicans continue to warn against possible cheating and ballot illegitimacy with the upcoming election due to unprecedented number of states who have decided to throw their hat in the ring and offer mail-in voting to their citizens---mostly to allow all citizens access due to the barriers presented by the COVID-19 scare—Colorado continues to assure its voting population that the five years of mail-in voting already experienced makes their processes secure, easy to access, and efficient.

However, over the past couple of weeks Colorado Secretary of State Jena Griswold has made the news in ways that casts at the very least some question on the Colorado model.  First, Griswold has pushed back on President Trump’s concerns putting out strongly worded press releases to the Colorado media outlets stating that Trump’s concerns are unfounded, and even could be considered voter suppression tactics.  Those statements stemmed from his comments as to whether ballots going through the mail would arrive to the election centers on time.

President Trump is not the only one talking about how much longer it is going to take to get results from this election given the unprecedented expected numbers.  Even Mark Zuckerberg, CEO of Facebook, is telling users to not expect the results on election night and that Facebook will block/ban any comments or ads that state the outcomes before they are official.

In that line of thinking, last week Griswold made a controversial tweet stating, “In the coming days, I will ask election administrators, voting rights organizations, media ethicists, corporations, religious leaders, and all concerned Americans to stand with me in demanding media executives #PressPause for democracy.”  She goes on to tweet, “That is why I am calling on national media networks to pledge to #PressPause for democracy and:  1.  Make NO projections on election night   2.  Announce NO election results on election night.”

Griswold deleted the controversial tweet a few hours later after getting push back from state lawmakers and even Governor Polis.  She also put out a Press Release apologizing for the tweet on the next day.

Then there was the national story on Thursday indicating that Judicial Watch, a conservative watch dog organization, filed suit against Colorado over “inaccurate voter rolls.”  Judicial Watch President Tom Fitton stated in a radio interview with 630 K-HOW Radio, “The voter rolls in Colorado are a mess.  We examined the data presented by the state in 2019 and in Colorado 40 of the 64 counties had more people eligible to vote on the rolls than the number of citizens in those counties. That’s the worst in the nation. We updated our numbers just last month and now 39 Colorado counties still have more people on the rolls than registered voters. The data shows those counties aren’t processing and removing ineligible registrations, especially those who have moved out of state.  The registration rates are over 100%. This obviously increases the opportunity for fraud.”  The results of the lawsuit have yet to be learned, however, it has caused unwanted scrutiny on a Colorado model that seemed to be successful and well-organized for the past five years.

Finally, at the end of last week, Griswold threw one more curve ball at Colorado voters and that’s a new  way to fix signature discrepancies.  It’s called TXT2Cure and Griswold has indicated the process will be used in all 64 states for this election cycle.

The Independent asked Kiowa County Election Clerk Delisa Weeks about these new processes laid out by the TXT2Cure program.  Weeks knew about the program, but said, “Kiowa County has not used it or really been trained on it as of yet.”

Below is the Press Release sent out to Colorado media outlets across the state concerning the new TXT2Cure Program for fixing signature discrepancies:

Colorado elections are the nation’s gold standards, and Secretary Griswold is dedicated to using technology and reforms to ensure all communities can participate in safe, secure, and accessible elections.

DENVER, Colo- Colorado Secretary of State Jena Griswold today announced an election innovation that allows voters to fix signature discrepancies using a smart phone will be used in the upcoming general election. The new program, called TXT2Cure, is designed to reduce the number of ballots rejected due to missing or discrepant signatures, and is especially geared for younger voters who statistically have more ballots with signature discrepancies.

“As Secretary of State, I am dedicated to doing everything in my power to make sure that every vote counts. That’s why I’m proud to announce TXT2Cure, a major innovation to ensure Colorado’s election model remains the nation's gold standard. Mail ballots have increased participation tremendously in Colorado. While our mail ballot rejection rates due to signature discrepancy are low, a disproportionate number of young people are impacted. TXTt2Cure will help ensure more Colorado voices are heard.”

Under the new program, if a voter is notified of a signature discrepancy, all they have to do is text “Colorado” to 2VOTE (28638) and click on the link they receive as a reply.  They will then enter their voter ID number printed on the rejection notice they receive from their county election office, affirm they returned a ballot for the election, sign the affidavit on their phone, take a photo of an acceptable form of ID, and select “Submit”.  The voter’s information is then electronically transmitted to their county clerk for processing during business hours. Assuming the voter completes those steps before the deadline of midnight on November 12, their ballot will be counted.  The Secretary of State’s Office was considering using TXT2Cure pending a cyber test, which has since been passed, meaning the program is ready and safe for voters to use in November.

"Voters face disenfranchisement, and their very right to vote is at stake, when they are not given a meaningful and immediate chance to cure their ballot in the case of signature discrepancy,” said Rosemary Lytle, State President, NAACP CO-MT-WY. “TXT2Cure is a real world, real time solution and the NAACP commends the Office of the Secretary of State for moving toward this voting innovation. Cure by text will be a boon for democracy by providing another tool, especially for younger voters, to ensure that every vote counts."

Under Colorado law, if both members of a bipartisan team of election judges agree that the signature on the ballot does not match the signature in the voter’s file, they cannot accept the ballot for counting. The reply envelope is not opened and the enclosed ballot is not counted until the discrepancy is resolved. County clerks must notify a voter within three days of discovering the discrepancy, but in no event later than two days after Election Day.

Any voter who has a signature discrepancy is notified by their county clerk via U.S. mail. That notification includes an affidavit with instructions on how they can return the signed paper affidavit with a photocopy of an acceptable form of ID to their county election office. The affidavit also contains instructions for voters to use the TXT2Cure system, if they instead prefer to use their smart phones to submit the information necessary to ensure their ballots are counted.

Since Colorado adopted vote-by-mail for all, voting participation rates have increased by 9% among Colorado voters, including by 13% among black voters, 10% among latino voters, and 16% among voters 30 years old and younger.  In the 2018 General Election, .52% of all ballots cast were rejected due to signature discrepancy, but that percentage increased to over 1.80% for voters aged 18-19.  Typically, younger voters have fewer signatures on file, and have signatures that are evolving. Through leveraging technology familiar to young people, TXT2Cure will help make sure these younger voters have their ballots counted.

“The ACLU of Colorado applauds Secretary of State Griswold’s continued efforts to assure Colorado voters that their vote once cast will be counted,” said Denise Maes, Public Policy Director, ACLU Colorado. “This is critical given voter suppression efforts we’re seeing in other states. Let the people vote.”

"Young people are some of the most likely voters to need signature verification or ballot curing because they often don't have many signatures on file,” said Nicole Hensel, Executive Director of New Era Colorado.  “The Secretary's new TXT2Cure system will make signature verification and ballot curing options more accessible to young people, who often do not have the printers, scanners, and mailing supplies to cure their ballots in the traditional way and are voting for the first time. During a pandemic, this system will allow us to support more young people in making sure their voices are heard through their vote."

TXT2Cure follows a statewide ballot tracking initiative that the Colorado Secretary of State’s office announced making it easier for voters across the state to follow their ballot from when it’s sent to when it’s processed and accepted.  BallotTrax and TXT2Cure are independent technologies that complement each other. Unlike BallotTrax, voters cannot and do not need to enroll in TXT2Cure in advance – any non-confidential voter whose ballot is rejected for a signature discrepancy or missing signature may use the TXT2Cure system. A voter whose ballot has been initially rejected by county election judges will not receive an “accepted ballot” notice from BallotTrax until the voter cures the signature discrepancy.

Overall, the Colorado model of mail-in-voting has seemed to work well and there has been little concern of its legitimacy.  However, some of the issues that have come up concerning Griswold’s handling of the media, the law suit filed by Judicial Watch (whether legitimate or not), and this seemingly last minute process on a new way to fix signature issues electronically has thrown up red flags for the voting public.

Suspicion, distrust and confusion is the last thing this election needs --- even in a seemingly stable state such as Colorado.

In Kiowa County, however, Weeks is very confident that her team is ready and Kiowa County will successfully have results by the end of election night on November 3rd.  She emphasized that ballots were mailed on Friday, October 9th and should appear in mailboxes this week.  She further suggests to fully read the directions before marking the ballot.  And if you are going to mail in your ballot do it before or on October 26th to ensure the ballot will arrive on time to be counted on Election Day.  Finally, if you don’t feel comfortable voting by mail, Weeks says you have two other options.  They include first dropping off your ballot at the Ballot Dropbox located in front of the Kiowa County Courthouse in Eads at 1305 N Goff St; or secondly on election day come into the Kiowa County Clerk’s office and vote in person.  “But remember, you will need to wear a mask and have your temperature taken before you are allowed to come into the courthouse.  If you have any questions whatsoever call the office at 719-438-5558.”  The Kiowa County Clerk’s office is located on the top floor of the courthouse.

Colorado also has a ballot tracking program that can be accessed at www.GoVoteColorado.gov