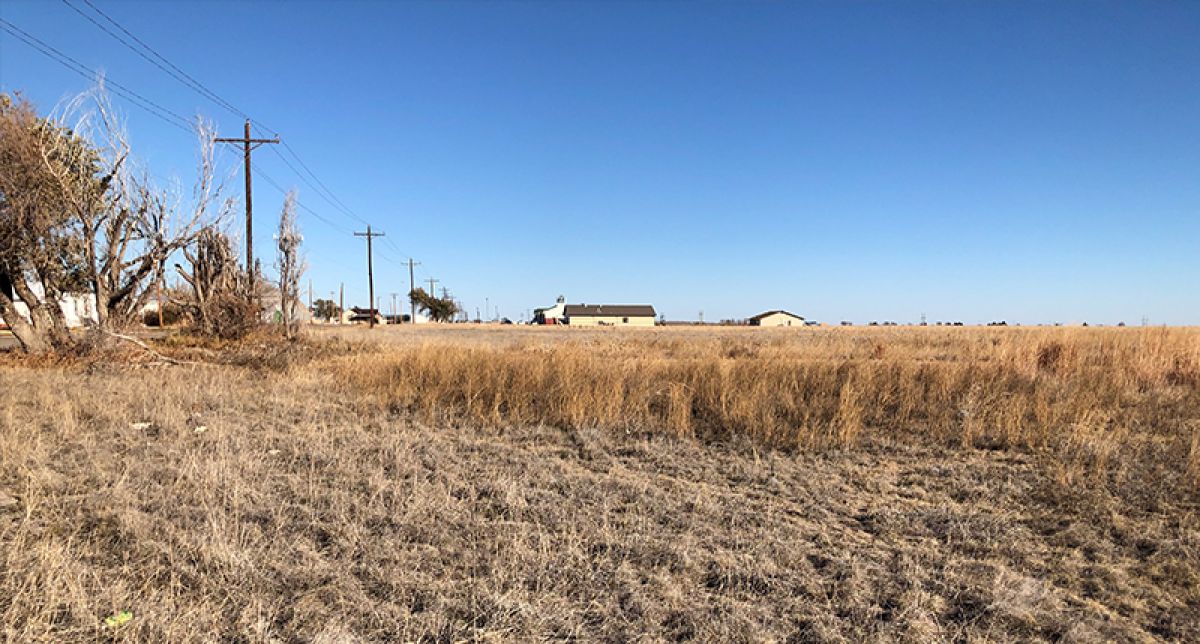 In 2000, at the turn of this century some students at Eads High School took on a project called the Millennium Project which examined the history of a number of buildings or people in Kiowa County.  Within that project, Micheal Zimmerman wrote a history about the Weisbrod Hospital and Nursing Home.  His grandfather, Jack Zimmerman, had been a physician at the hospital in the 1960s and thus held a place in the history of such an important industry in Kiowa County.

In his writing, Zimmerman aptly described a community that has always been dedicated to the development and maintenance of excellent healthcare for the people of Kiowa County and southeastern Colorado.  According to Zimmerman’s research, the commitment to excellence started with George Weisbrod’s dying wish in 1937.

Zimmerman wrote, “George Weisbrod departed life leaving behind a legacy which led to a turning point for health care in Kiowa County. A precedent was set with the construction of an establishment instructed by George Weisbrod’s will. Having never married, he donated the remains of his estate, including Lots 10, 11, and 12 in Block 26, as well as an unspecified amount of money to build a hospital. In his own words, Weisbrod’s intention was to build a legacy ‘to benefit humanity in means and ways of relieving suffering human beings.’”

The first actions for the hospital rolled out slowly as the Depression and war had a way of getting in the way of Weisbrod’s vision.  But, according to Zimmerman, by 1943 quality healthcare arrived in Kiowa County.  “On April 1, 1943, Dr. Ralph E. Irish guided the hospital to use for the first time, although it took a period of time before the entire facility was used. The hospital’s official opening wasn’t until later in 1943 because it lacked a registered nurse. Janet Buck, daughter of Morgan and Ila Buck, was the first baby delivered by Dr. Irish in the hospital on November 7, 1943. The first people chosen to serve as trustees were Kelley Jackson, Tommy Rose, H. Kern McDowell, Madge France, Rose Osolin, and Belva Berry. These people shared active interest in the many changes the hospital went through.”

After those early years the people of Kiowa County and the dedicated doctors, nurses, employees and board members of the hospital continued to push for even better services.  Dr. Graham began doing surgeries and delivering babies in 1953 and provided two decades of strong healthcare.  The community built on to the original hospital building from 1963 to 1970 by adding two wings that ended up providing more hospital space for services and an excellent nursing home facility.  A medical clinic was built in the 1980s and other special services were added.  All by dedicated community members who understood the importance of maintaining and evolving healthcare for all.

On October 29, 2020, the healthcare system in Kiowa County took another giant leap forward in preparation for the future when the Kiowa County Hospital District purchased just under 10 acres of commercial property from the Kiowa County Economic Development Foundation.

The 9.63 acres runs east to west from the USDA building in Eads and then almost to Prairie Pines Assisted Living Facility with frontage on Lowell Avenue.  The deal consisted of a cash purchase of 5 acres and a gift from KCEDF of 4.63 acres.  The gifted part of the deal came in good faith from KCEDF who indicated they wanted that portion to be able to be used for future grant leverage on a medical facility.  The deal also consisted of a few negotiations on property variances and commercial covenant issues, but the two parties quickly worked out the details and the deal was finalized last week.

According to KCEDF director Jan Richards, “It has been a pleasure for KCEDF to work with the Kiowa County Hospital Board and Administration toward such a positive goal.  We value our current hospital and providers but look forward to this collaboration bringing an even more positive medical future for our extended community.  With this endeavor, KCEDF is following its mission statement of being dedicated to the managed growth and development of Kiowa County and the welfare of its residents. Our vision statement commits to improvement of infrastructures and aesthetics of towns and county.”

Some of the obvious location advantages of the hospital purchasing this particular property includes the amount of space for growth, the easier access to Highway 287, and the current location of the Flight-for-Life helipad utilized by the district.  The helipad is located just to the southwest of the Prairie Pines Assisted Living Facility.  And, of course, that facility, itself, is a major bonus for having a hospital located next door because it opens up the possibility of accessible health care, of varying types, for the residents.

Char Korrell, KCHD administrator, indicated that the hospital board was open to making the purchase and the very generous deal proposed by economic development was the catalyst to go ahead and move forward.  Korrell stated, “The board has been insightful of the need for a new facility.   Our facility is falling apart around us.  We are replacing and upgrading items as we have to just to keep functioning and to meet the state and life safety standards.  We are currently utilizing a DOLA grant that replaced the boilers and chiller for the hospital, annex and clinic buildings.  All of these items were past their life cycle, failing to operate and corroded with mineral deposits.  Other work being completed is the placement of underground electrical lines behind the hospital and adding items to the emergency generator to include the chiller, x-ray, CT unit and apartments.  Portions of the roof will also be replaced.   We can’t stop taking care of the building we currently need to function,” said Korrell.

Despite the current work on Weisbrod’s old facility, Korrell indicates that future plans are being discussed.  “Discussion for a new facility has begun.  We have talked with a planner who came to visit us to see what the hospital looked like, its condition and possibilities.  He told me his initial thought before he arrived was to tell us we needed to fix up our current building.  Once he arrived and walked around, he said, “do not put any more money into these buildings, unless you have to”.   The departments were asked and have submitted items they would have to have in their respective departments to function along with a wish list and a design for workflow.  Everyone has been quite thoughtful and have become inspired about the possibility of a new facility.”

Obviously, as we sit at the end of a year like 2020, it is impossible to predict the future of healthcare in rural America.  However, there are wonderful possibilities that exist on the horizon and it seems the board, staff and employees of Kiowa County’s healthcare industry are looking forward and have put themselves in a strategic position.  That’s good news to be sure.

Korrell agrees, and added, “We don’t know what the future holds for healthcare in Kiowa County, so we will be mindful of that and plan for a future facility that can be flexible and designed in a way that services can be changed as necessary to meet the healthcare needs of our communities and the surrounding area we serve.    We are grateful to KCEDF for their generous donation of a portion of the land.  This donation can be used to leverage grants, loans and/or other sources to pay for the new facility.  In order for this project to come to fruition the support of the community is vital.”

At any rate, old Mr. Weisbrod would be very happy to see that his investment has more than paid off many hundreds of times over and his dream of affordable care for the citizens seems to be in good hands.