Written by Priscilla Waggoner on 02 December 2020. Posted in News 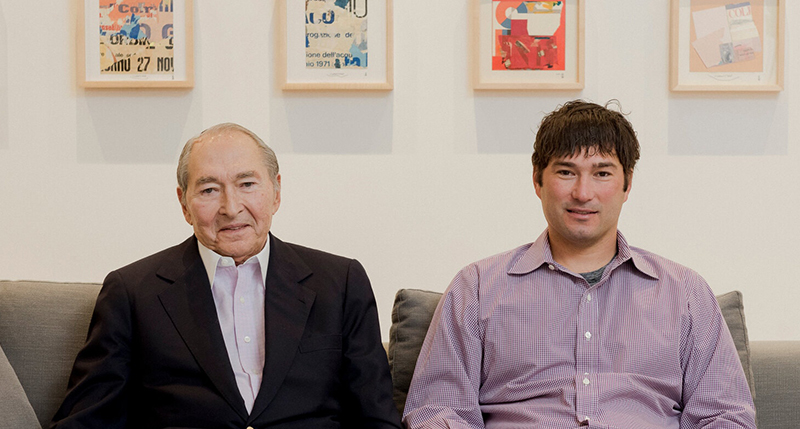 The life led by Sheldon Solow reads like a classic story of the dreams that -- with a vision, a healthy shot of ambition and the courage to act on both -- can be realized in the United States.

Sheldon Henry Solow was born on July 20, 1928 in Brooklyn, one of the five boroughs of New York City.  The years preceding his birth were an exciting time in Brooklyn as infrastructure projects, a booming and diverse economy and tremendous cultural diversity suggested Brooklyn was a place of great promise.

According to an extensive tribute written in the New York Times, Solow’s father, Isaac, was prospering right along with the city he called home.  A bricklayer by trade, Isaac had developed homes in Brooklyn, and the timing could not have been better as the population of the borough was exploding.

However, roughly 15 months after Solow was born, the stock market crashed, throwing all of America, including the population of Brooklyn, into a nation typified by bread lines and headlines, like the one on the cover of the Brooklyn Daily Eagle, “Wall St. in Panic as Stock Market Crashes”.

Isaac was not spared the crash and, ultimately, lost the houses he’d developed during the Great Depression, forcing him to return to work as a bricklayer. Again, according to the Times, Solow and his two sisters attended public school in Brooklyn, and he went on to attend New York University.  However, although it’s nothing but sheer speculation to say so, one can’t help but think that Solow must have inherited his father’s drive to develop and build his own projects, for, after a year at NYU, he quit college to try his hand at real estate.

Solow’s first project reveals the enormous things he was capable of doing.  He built a “72-unit garden apartment rental complex on a waterfront location in Far Rockaway, Queens”, undoubtedly sparked by a sign-on bonus of “a 16-foot outboard motorboat to any family that signed a three-year lease”.  That was followed by more land purchases in two other locations and the subsequent construction of more and more homes.

At that point, Sheldon made the move into Manhattan, the “central borough for culture, business and government”, building a 22-story high end residential tower that boasted a penthouse swimming pool and fireplaces in every apartment.

From there, it was, relatively speaking, a short step to the infamous 5th Avenue in New York where Solow took on his biggest project, by far.  In a land deal that took five years – just to buy the land – at a price of $100 million in 2020 dollars and several more years just to clear the land, Sheldon ultimately erected the Solow Building, which the Times describes as having “sloping facades, views of Central Park and 1.5 million square feet of rentable space. Avon, the cosmetics firm, was an anchor tenant.”

In 1972, Solow married Mia Fonnsagrives, and together, they had two sons, Nikolai Solow and Stefan Soloviev, who chose to change his name to how the family was originally know prior to immigrating to the United States from Russia.

Those who knew Solow said he was extremely proud of the accomplishments of Stefan, who – as is already known by the people of Kiowa County – has extensive landholdings in the West where he has his own vision and is devoted to is creating his own legacy.

It must also be noted that Solow was not just an accomplished businessman, he was also philanthropic and a “gave millions to medical, educational, environmental and Jewish organizations” as well as being “a life trustee of New York University and its Institute of Fine Arts.”

Although Kiowa County is thousands of miles from New York and born of a culture that could not be more different, it does not take a great deal of perception to think that Solow and Soloviev are very different men.  Yet, it doesn’t take much imagination to also realize that, like his father, Stefan Soloviev has his own ambition, vision and the courage to act on both.

Perhaps the best sense of both men is found in the words of Stefan’s son and Solow’s grandson, Hayden.

“My grandfather was a family man. He loved nothing more than a family get together. He would enjoy watching us sled down the hill in the snow by his house, and he would also enjoy playing us at poker. Our games would sometimes number 8 or 9. My grandfather built an incredible empire, and for over 50 years, he worked on it, never stopping. He had a far-fetched dream of collecting an assemblage of 14 buildings in a single block, and he was even shocked he had pulled it off to build 9 West 57th Street. He said after completing it, ‘You can only get away with this once. We're in barracuda land.’ I am beyond grateful that I had the opportunity to work for him for two summers, and I learned so much from my employment with him, whether it was academic, practical, or philosophical. Being a big believer in relativism, my grandfather believed that there weren't any absolute truths. But one absolute truth in which he could never deny was the fact that he loved each and every one of my family members unconditionally.

Since his passing, my father has become chairman of Solow Building Company, and I have become vice chairman. My father expresses his deepest appreciation to everyone for their support during this difficult time and his ultimate goal is to lead his companies with instinct, integrity, and respect.”