Written by Betsy Barnett on 17 December 2020. Posted in News 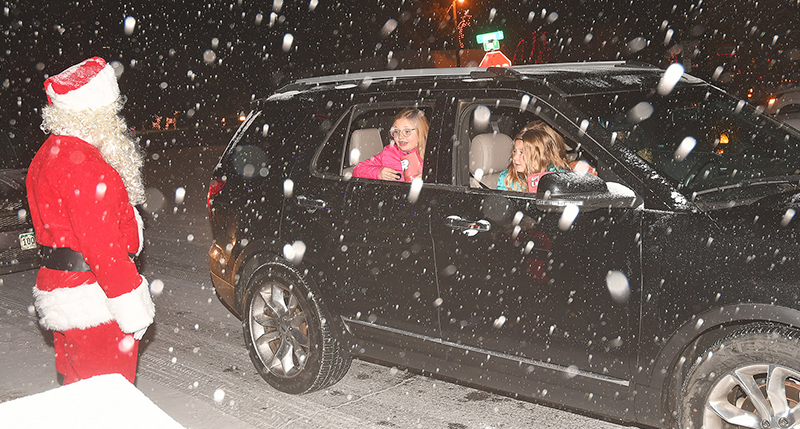 Indeed, who will believe in this community if those who live in it don’t or won’t.  Those were the sentiments felt around Eads and Kiowa County on Thursday when what could be described as a flurry of dire warnings in the form of multiple emails from the health department, the hospital district and the county government officials descended upon the Merry on Maine committee members in a seemingly frantic “recommendation” to cancel the much-anticipated event due to rising cases of COVID in the county.

By the time the many opinions were strongly expressed to the committee, who had just held their final meeting on Wednesday and had, what they believed to be, a solid COVID safe plan in place, the guilt of being the ones to, as one naysayer expressed, “Be the ones to cause more cases and deaths in the county,” was too much to stand up against in their love of the community and their strong sense of civic duty.

So, sadly, late on Thursday, the committee planning Merry on Maine cancelled the event after months of preparation and good amounts of money spent on ensuring the event would be operated safely.  The actual goal of the festival was to bring hope to the struggling businesses and joy to the people---especially the children---who have been struggling to keep going during this awful year filled with anger, fear, hiding and financial disaster.

But somewhere on Friday, as anger and disappointed simmered in the hearts of many in the community, something unexpected and truly remarkable happened.  The committee decided they’d at least save the tree lighting ceremony and the inspirational program that had been scheduled in conjunction with that ceremony.

First, the crew at the Crow-Luther Cultural Events Center, particularly Terry Riley, began making plans to set up a make-shift radio station in the lobby so they could broadcast the much-anticipated message from the Gooden Family, Kenan, Debbie and Pastor Lane Gooden, during the tree lighting ceremony.  Then some of the originally scheduled entertainers like Jamie Crockett, the past Cantata singers, and even some little children including Kytan and Kyce Gooden, Charlie Prince and Colin Thomas still wanted to perform.  In response to that enthusiasm the entertainers were all added to an impromptu and local radio show broadcasted on 88.5 FM and advertised to be on air during the lighting of the Christmas tree.

That bit of rebellion sparked more. 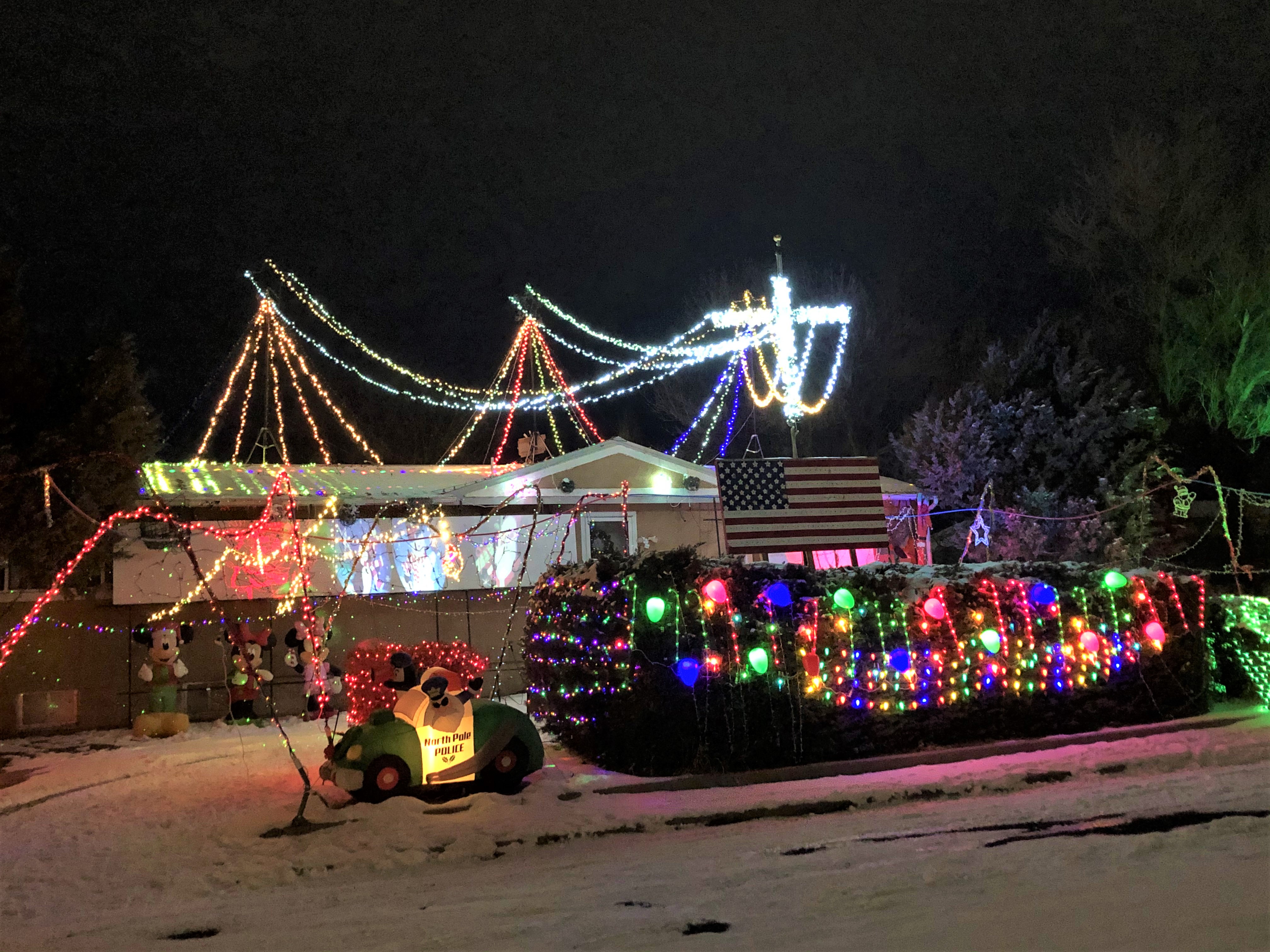 Karl Eikenberg, who had been in charge of the Parade of Lights that was part of the Merry on Maine celebration, called every person who had signed up and told them, “I don’t know about you, but tomorrow night I’m still getting out there with my lights on and parading around town.”  Seems like 13 other groups of people agreed with Eikenberg and on Saturday night there truly was a parade of lights going on while everyone listened to local entertainers and inspirational speakers on their radio dials on 88.5 FM.

Finally, on Saturday, with everything canceled except the tree lighting ceremony, something truly unexpected and heartwarming occurred.  A social media message went viral saying that Santa Claus was going to be at the big tree at Eads City Park afterall when the lights were lit!  Even better, it was rumored Santa had treats and gifts for all the boys and girls who wanted to drive by with their parents once the tree was lit. 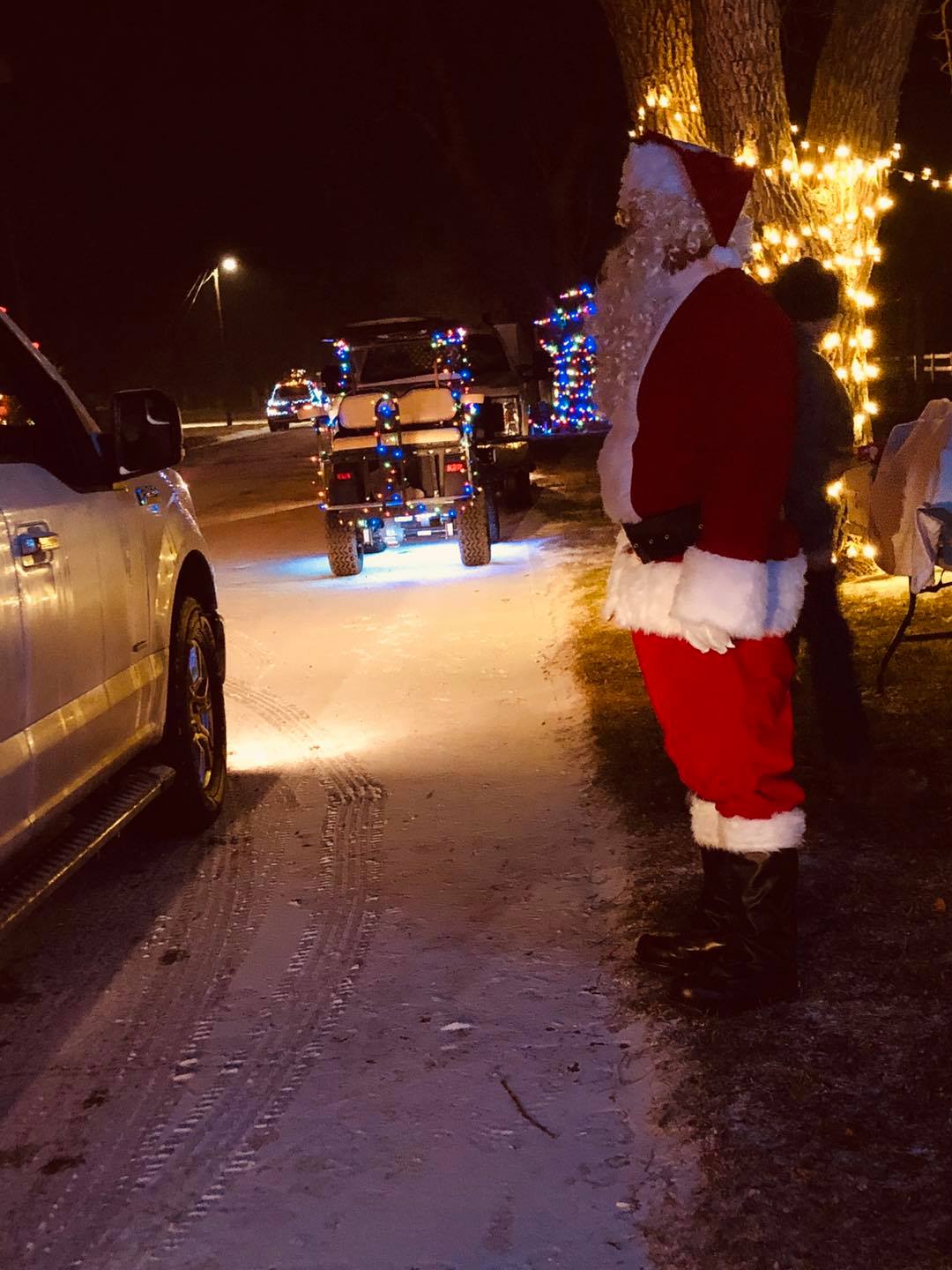 What occurred after that was truly magical.  The massive, multicolored tree was lit as Debbie Gooden counted down on 88.5 FM.  The dozens and dozens of cars lining the streets began to honk as they listened to the radio broadcast.  Santa Claus stepped forward beneath the huge, beautiful Christmas tree, and ----- when Pastor Lane Gooden began to speak about the hardships of the year including terrible drought and all the rest, snow started heavily, but softly, falling from the skies.

Soon after, as Santa Claus continued to tell all the boys and girls that he loved them as gifts were handed out, the fun-loving Karl Eikenberg led the Parade of Lights past Prairie Pines Assisted Living where residents were able to look and wave out their windows, past the Nursing Home where dedicated health care workers waved from the front door and every window on either side, and from all the homes up and down the streets people stepped out on their porches to wave as the amazing collection of lights and sounds filled the streets of the Town of Eads.

The people who drove around town on Saturday night, listening to the people they know and love on the radio, received a loving gift from Santa Claus and took in the beautifully decorated town that looked cheerier than it ever has despite a year full of such sadness and devastation. 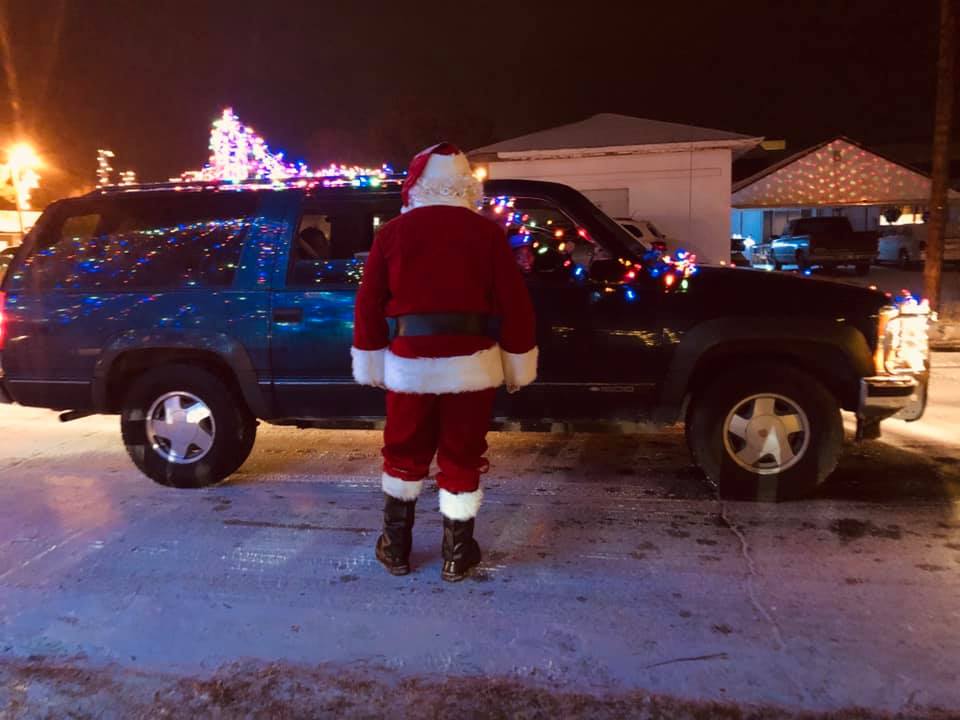 That my friends, is the magic of Santa Claus, the magic of community love, and, most of all the magic of coming through for each other, perhaps not in the way planned, but even better than ever could have been imagined.

Because, after all, “What is Christmas? It is tenderness for the past, courage for the present, hope for the future.” ―Agnes M. Pahro

Winners of the House Decorating Contest sponsored by Eads Chamber of Commerce, Eads HS FBLA and CWC Rail, Inc won Eads Bucks in two categories including the general display category and a railroad/train themed category.  The following winners were announced at the Merry on Maine event: