Written by Betsy Barnett on 24 December 2020. Posted in News 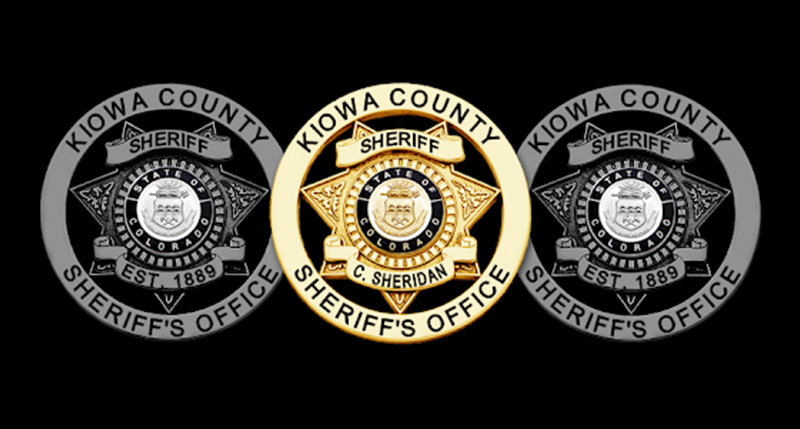 On Friday, upon a request for information by the Independent, Sheriff Casey Sheridan with the Kiowa County Sheriff’s Office verified that Deputy Quinten Stump has been terminated from the Sheriff’s Office due to actions not related to the April 9, 2020 officer-involved shooting in which an Eads resident, 39-year-old Zachary Gifford, was shot and killed by Stump and Kiowa County Undersheriff Tracy Weisenhorn.  Both officers have been placed on paid administrative leave since the incident and are awaiting a grand jury decision in the 15th Judicial Court system that will determine whether one or both officers were deemed at fault in the shooting death of Gifford.

According to the statement given by Sheridan, “Quinten Stump was terminated from the Kiowa County Sheriff’s Office employment on November 20, 2020 for violation of policy.  Just to make it clear, this action does not stem from the officer involved shooting in April.  An unrelated incident occurred while Stump was on administrative leave which was investigated by the Colorado Bureau of Investigation and has been submitted to the District Attorney’s Office.  Stump was not working for the Sheriff’s Office or anyone else at the time of the incident.”

The Independent requested further information from the Colorado Bureau of Investigation and the office of the District Attorney, Josh Vogel, concerning the actions of officer Stump with no response from their offices prior to going to press.

Sheriff Sheridan emphasized the fact that he, too, has received no other information about Officer Stump’s current legal situation, “I have tried to reach the County Attorney to discuss what information can be provided to the public regarding the dismissal but have been unable to reach him.”

In a June 29, 2020 article by Priscilla Waggoner printed in the Independent, Vogel stated that he received the entirety of the investigative file from the Prowers County Sheriff’s Office on or about June 12th, after which he spent the next two weeks reviewing its contents including a report of the findings and related evidence while deciding whether or not to pursue legal action.  Vogel informed the Independent on June 24th that he would “refer to a grand jury an investigation into the April 9, 2020 officer-involved shooting in Kiowa County, which resulted in the death of Zachary Gifford”.

Since that initial Independent story, the status of the grand jury is not available as District Attorney Vogel nor his office have responded to multiple requests for updates.

It has now been nearly 9 months since the officer involved shooting that took the life of Gifford with no resolution, as of yet.  The Sheriff’s Office has been paying the administrative leave salaries of both officers since April 9.  In a year that has seen such economic hardship to local governments already, the fact that no resolution to the case has yet occurred is not only frustrating for all involved, but also costly to the Sheriff’s Department and, ultimately, taxpayers.  Since the April incident, the KCSO has been operating short-handed just to save on costs while the incident is waiting to be resolved.

Although the Independent attempted to ascertain a total accounting cost associated with the two officers on administrative leave, we were unable to receive information from the Kiowa County administrative offices as the entire office has been quarantined due to COVID-19 exposure.  In an estimate of salary costs based on the last legally required salary expense report published by the Kiowa County Treasure on December 31, 2019 the estimated amount in administrative leave related to the incident has cost the taxpayers approximately $55,000 to $60,000 thus far.  This does not include the insurance paid, retirement contributions or other payroll benefits that may be associated with the positions.

Sheridan continues to state that his office has received no information from the District Attorney’s office concerning the status of the grand jury.  “The Sheriff’s Office has not been privy to information from the investigation, nor have we been informed regarding what is going on with the Grand Jury.  The District Attorney has not responded to me after multiple attempts to get updates.”

In an inquiry to the 15th Judicial Court system in Kiowa County, Court Deputy Elaine Lindholm indicated that the COVID-19 lockdown at the Courthouse that began in late November and extends to January 15, 2021 has shut down most court activities in Kiowa County.  Lindholm verified the court in Prowers County is also shut down until mid-January 2021 because of virus concerns.

The Gifford case has been handled by the Prowers County Sheriff’s Department since April 9th.  The District Attorney’s office has had the case since June 12, 2020.