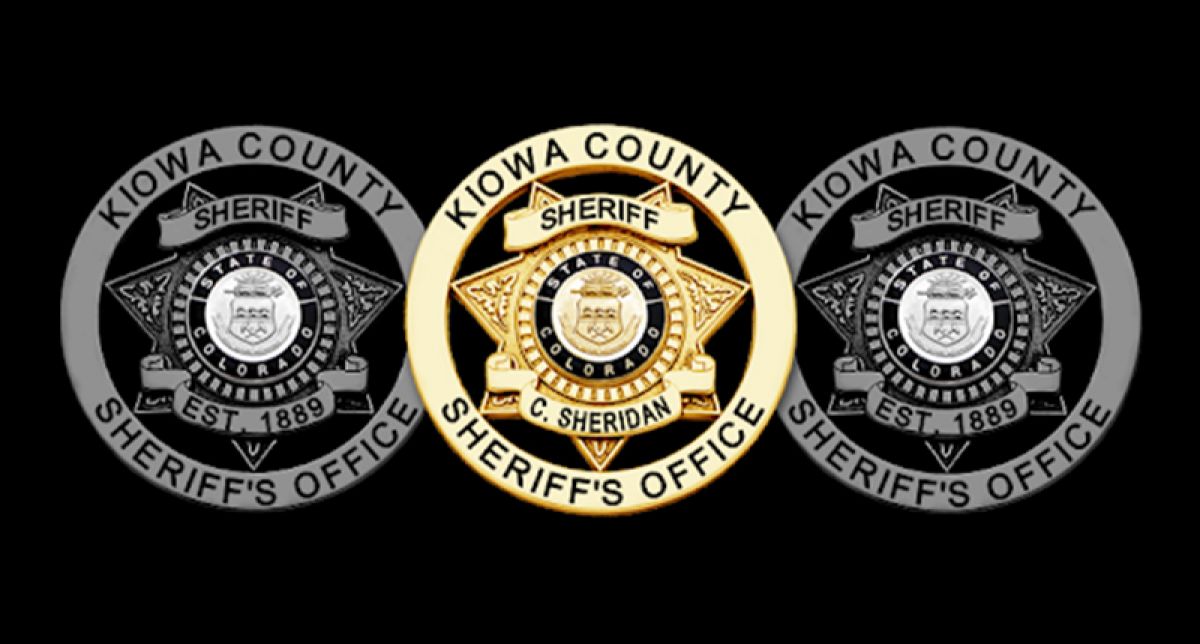 On Monday the Independent requested and received more information concerning the termination of former Kiowa County Sheriff’s Office (KCSO) Deputy Quinten Stump.  KCSO filed a Record of Verbal or Written Reprimand or Termination on November 20, 2020 stating that Deputy Stump was terminated for violating a total of five (5) department policies including Off-Duty Alcohol Consumption (5-4-228), Failing to Exercise Discretion (5-4-229), Ammunition Mismanagement (7-2-101), Weapons Guidelines (7-2-214), and Discharge of a Firearm (13-1-109).

The termination report was filed by Corporal Josh Swanson who stated in the Details of Violation, “On or about the late evening hours of September 24, 2020 or the early hours of September 25, 2020, Kiowa Deputy Stump was riding as a passenger that was driven by his ex-girlfriend, Audrey Johnson.  While in the area of Highway 287 & Highway 96 in Kiowa County, Deputy Stump who was intoxicated fired two rounds from his duty issued firearm at a highway sign.”

The Record of Verbal or Written Reprimand or Termination indicates Deputy Stump had previously been warned about behavior violating policy on two other occasions and the November 20, 2020 reprimand represented the “Third Warning and Termination.”

Corporal Swanson also states on the Termination Report, “The Kiowa County Sheriff’s Office requested the assistance of the Colorado Bureau of Investigation regarding Deputy Stump’s Misconduct/Criminal Investigation of an off-duty deputy who had discharged his firearm while intoxicated at a highway sign near the intersection of Highway 287 & Highway 96 in Kiowa County, Colorado.”

Swanson received the investigative report from the Colorado Bureau of Investigation on November 13, 2020 and, based on the information, provided the five policies violated by Deputy Stump.

“Deputy Stump did not refrain to become intoxicated to the extent that such intoxication which resulted in behavior which discredits the employee, The Sheriff’s Office, and the County.”

“Deputy Stump engaged in conduct that is, or reasonably appears to be, excessive, unwarranted, and/or unjustified.”

“Deputy Stump was not able to account for all his office issued duty rounds.”

“Deputy Stump removed a weapon from his holster, other than in the performance of his official duty without exercising the utmost care in regard to safety of self and others.”

“Deputy Stump did not keep his weapon pointed in the safest direction possible.”

“Deputy Stump did not strictly adhere to all safety rules to ensure the weapon is not negligently discharged.”

“Deputy Stump did not immediately report the discharge (intentional or accidently/negligent) of any firearm, which occurs on or off duty, to his immediate supervisor.”

The Termination Report indicates that the Colorado Bureau of Investigation is in charge of conducting any criminal investigation associated with the incident.  The CBI has not provided any other information to the Independent.

Deputy Stump and Undersheriff Tracy Weisenhorn are subjects of a grand jury investigation in the officer involved shooting death of Zachary Gifford, 39, on April 9, 2020 in Brandon, Kiowa County, Colorado.