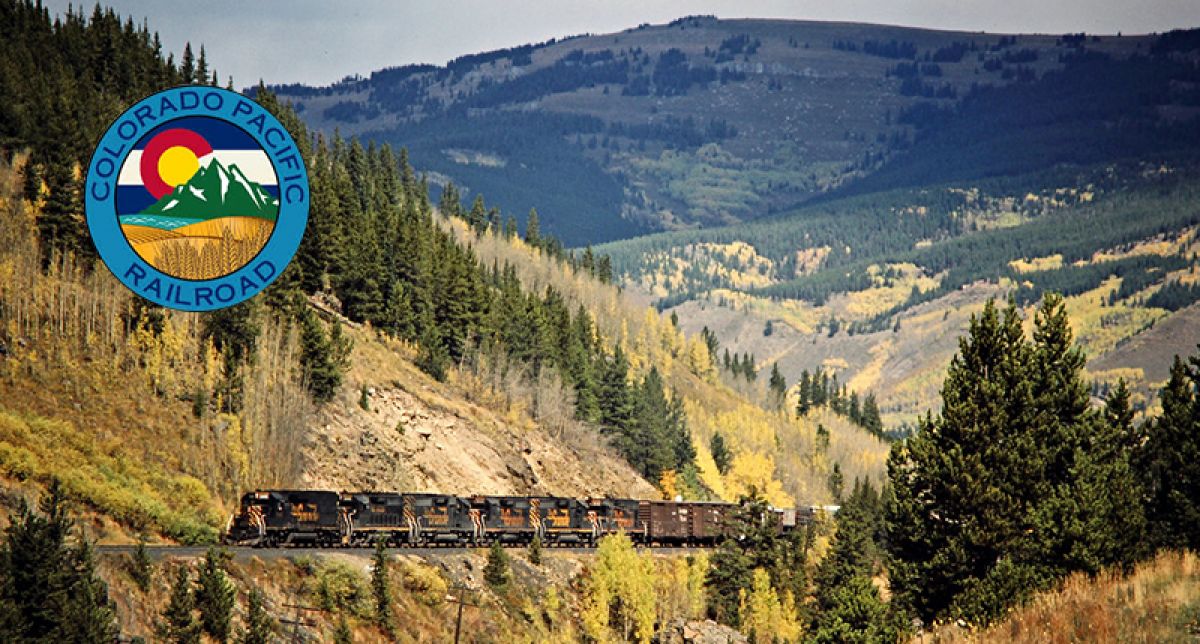 Last week, after more than a year of negotiations, Rio Grande Pacific, doing business as Colorado Midland Pacific Railroad, announced an agreement had been reached with Union Pacific to lease the Tennessee Pass Line, which would seem to bring to an end Colorado Pacific’s year-long attempt to purchase the line.

Stefan Soloviev, president of Colorado Pacific Railroad, doesn’t see it that way and has announced his intention to file a protest with the Surface Transportation Board, citing in a statement issued over the weekend UP’s “monopoly stranglehold across the Rocky Mountains…in defiance of concerns about the Tennessee Pass line stated by the [Surface Transportation Board] in its decision into the UP – SP merger case.”

The Tennessee Pass line has not been in use since August of 1997 when UP decided to shift traffic to the Moffat Tunnel where grades were not as steep. This was a devastating decision at a number of levels​given that the Tennessee Pass is the only line that provides direct east to west access from southeastern Colorado and southwestern Kansas over the Continental Divide of the Rocky Mountains to the West Coast.

In 2019, Colorado Pacific, the first railroad to express serious interest in the line in years, offered UP $10 million to purchase the line. At that time, and consistently since, Colorado Pacific was clear in its reasoning for the purchase: farmers on the southeastern plains of Colorado and southwestern Kansas desiring to ship produce to the vital markets on the West Coast were forced to pay for freight to first be hauled 250 miles to the east and then back 250 miles to the west with no net progress toward their destination, a detour that added both time and expense to an industry that has consistently been at the mercy of large corporate business practices outside their control.

CP President Soloviev, one of the largest landowners in the region, has further been clear in his assessment that UP has monopolistic control over what farmers are charged, which puts ag producers at a distinct disadvantage.

UP rebuffed the offer from Colorado Pacific. At that point, Colorado Pacific attempted to force a sale on the line through the Surface Transportation Board citing – with the exception of two small sections -- years of disuse by UP. A forced sale was a legal move that had been successful in stopping the salvage of the Towner line that runs from the Colorado – Kansas border to Pueblo. Upon the STB ruling in CP’s favor, Colorado Pacific has proven true to its word as the line is now rehabilitated and in operation with a completed connection to BNSF at NA Junction slated for mid-January.

In its response to the STB and CP’s attempt to force a sale, UP stated it was already in negotiations with another company to purchase the line.

In a relatively quick decision, the STB ruled against CP’s attempt to force the sale but did so “without prejudice”, meaning that further action from CP was not disallowed.

Never one to give up when facing a challenge, CP offered several months ago to run daily passenger service on the line along with creating a 60 mile stretch of property to be used for recreational purposes.  This was a clear nod to the concerns of mountain communities who had long been searching for a way to establish passenger and commuter service to individuals living, working and traveling to the region that is known for its favor among tourists as well as outdoor enthusiasts who had been trying to create a rail to trails experience along the railroad.

Despite CP making an offer that would be an attractive deal that would revive the line, provide a much needed direct mountain route for ag producers desiring to ship product to the West Coast, start a much needed and wanted passenger commuter service and take a massive step toward reaching a goal local outdoor enthusiasts had been trying to make a reality for years, UP signed an agreement with Rio Grande Pacific.

The announcement has also raised concerns among community stakeholders along the line.

In stark contrast to CP’s clarity of purpose and intent, the announcement of the agreement with Union Pacific issued by Rio Grand Pacific is confusing, at best, and suspicious, at worst.

Rio Grande Pacific, a privately owned company out of Texas, fully owns four short line railroads and primarily markets its experience in commuter trains and passenger service.  RGP is also the planned operator of a new $1.5 billion railroad that will ship waxy crude oil from Utah’s Uintah Basin to Oklahoma and oil refineries on the Texas Gulf Coast via UP’s active lines along that route.

In defense of their being selected to lease the line from UP, Rio Grande Pacific cites their extensive experience in providing passenger service, implying that is their main goal in leasing the Tennessee Pass line. A statement from RGP even makes that stand more definitive, saying they’re not focused on shipping crude oil but on passenger service.

Yet, in contrast to CP’s offer to guarantee daily passenger service, RGP plans for establishing passenger service are neither certain nor developed, let alone guaranteed. Instead, RGP states they’re “checking with local communities to see if they want passenger service” and, should sufficient interest warrant action, “will assist” local interested parties in getting public funding.”

It should also be noted that Rio Grande Pacific has a long-standing history with UP. In fact, RGP got their start by purchasing a short line from UP when they started up operations in 1986.

For their part, a few local officials in counties where the line runs are making their preferences known. Chaffee County Commissioner Keith Baker recently said in an interview with RealVail newspaper, “It’s an easier sell to benefit our eastern plains farmers and ag producers than oil producers in NE Utah, Ag producers are one thing but the oil is a whole other kettle of fish.” In a show of an already developing relationship between CP and local communities, Eagle County Commissioner Kathy Chandler-Henry is advocating that the recreational trail be located along a different section of the line.

Comments from locals posted on social media have also expressed doubt about UP and RGP’s true motivation, including one entrepreneur who has been trying for several years to get passenger service going. Another questions if UP is attempting to position itself in advance of renegotiating terms for use of the Moffat Tunnel in four years.  A third local posted a plea to the State of Colorado to get involved on behalf of locals initially hurt by UP’s allowing the track to go into disuse and now distrusting the line will be used for anything but hauling crude oil over the pass up to ten times a day while pretending the agreement is to spur passenger service.

Whether or not those who stand to be the most impacted by UP’s decision on a daily basis will be listened to is difficult to predict.

Almost since CP’s first offer to buy the Tennessee Pass line from UP, the scenario has been accurately portrayed as “David and Goliath”. Such a description is more than warranted at face value given Union Pacific’s standing as the biggest railroad company in the world. However, it is only amplified by the dismissive nature in which UP has dealt with Colorado Pacific from the onset of negotiations.

But, despite being a much smaller railroad currently operating just a single line, Soloviev has proven to be someone with a good slingshot and a few more rocks in his possession and the willingness to use both to further what he sees as a major move to level the field for farmers in Colorado and Kansas and potentially other companies along the line who have had no choice but to deal with UP for decades.

In a statement released over the weekend, Soloviev says, “Colorado Pacific Railroad LLC (CXR) will be filing a protest at the Surface Transportation Board asking it not to approve the Tennessee Pass lease agreement announced December 31st between Union Pacific (UP) and Rio Grande Pacific (RGP) on grounds that UP thereby maintains its monopoly stranglehold across the Rocky Mountains in Colorado, in defiance of concerns about the Tennessee Pass line stated by the Board in its decision into the 1996 UP – SP merger case.  It appears that CXR should also request reopening that case to enable Colorado’s competitive access to the national railroad network.”

In other words, UP wants to maintain control and is using RGP to keep it.

Soloviev doesn’t stop there.  “Further, RGP has selected a business entity name deceptively similar to ours, in a purposeful effort to confuse the public. This is legally actionable and will not be tolerated. Monopolies have proven time and again in agriculture throughout the history of the United States to hurt no one more than the farmer and growers on the western plains and across the country.”