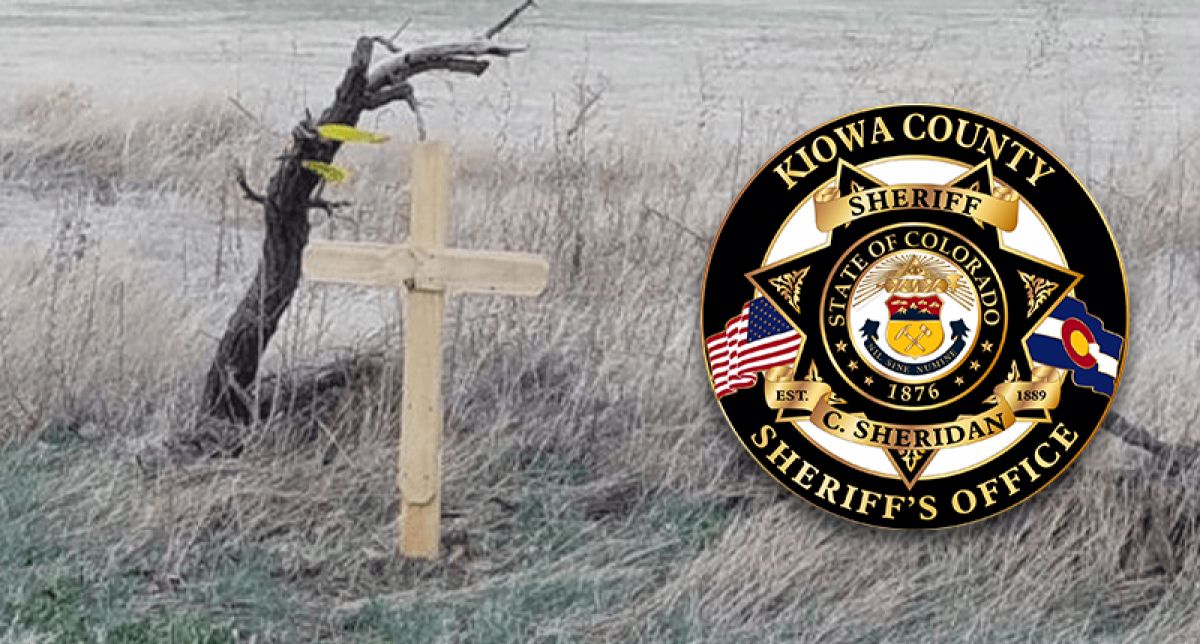 One Officer charged in the April 9, 2020 officer-involved shooting of Zachary Gifford

It’s been a long time coming but the residents of Kiowa County and the surrounding areas have never forgotten what happened on April 9, 2020 in Brandon, Colorado when Eads resident, Zachary Gifford, 39, was shot three times in the back and killed during a routine traffic stop of which Gifford was the passenger.  Two Kiowa County Sheriff officers, Undersheriff Tracy Weisenhorn and Deputy Quinten Stump were the officers involved in shooting and killing Gifford.

That was over 10 months ago.  Finally, on January 13, the Independent received a surprise press release from Joshua Vogel, District Attorney of the 15th Judicial District Court, that simply read:

“The District Attorney’s Office will pursue criminal charges against Quinten Stump related to the April 9, 2020 officer-involved shooting in Kiowa County. No criminal charges will be brought against any other individual. Criminal charges are merely accusations and the defendant is presumed innocent until proven guilty in a court of law. Due to the pending criminal charges, there will be no further comment.”

Although the press release from the District Attorney’s office did not state the charges given to Deputy Stump, a quick search through the court records indicated Stump had been arrested on January 12 and charged with two counts including Criminal Attempt to Commit Murder in the Second Degree, a felony, and Reckless Endangerment, a misdemeanor.  Stump was taken to the Bent County Jail where he was advised of his rights in an Advisement Hearing on January 13 via WebX.

Present at the hearing was Stump at the Bent County Jail, Vogel in the Prowers County District Court Room, and district public defender Attorney Chris Halsor.

District Court Judge Davidson led the hearing and advised Stump of the charges and what the possible penalties could be.  The charge of Criminal Attempt to Commit Murder in the Second Degree carries with it a possible 4 to 16-year prison sentence and $3,000 to $750,000 restitution.  The second charge, Reckless Endangerment, carries a penalty of six months in the county jail and a $50-$750 fine.

Vogel requested a $100,000 bond be set, and, in addition, assurance that Stump would not be in possession of any firearm.  He further referenced a September 2020 incident that is still under investigation which creates a situation Vogel deems as “dangerous.”

Halser stated he was not sure if he would be the attorney defending Stump but agreed to a February 4 Pre-Trial Conference where Stump will make his next appearance.

After a request, the Independent received the following press release from Sheriff Casey Sheridan of the Kiowa County Sheriff’s Department in reference to Stump’s arrest.

“The Kiowa County Sheriff’s Office has learned that criminal charges have been filed in connection with the Officer-involved shooting of 39-year-old Zachary Gifford that took place on April 9, 2020.

“Former Deputy Quinten Stump faces charges of Criminal Attempt to Commit Murder in the Second Degree and Reckless Endangerment.  No other charges will be made on any other individuals.

This case is a tragedy for the family of Mr. Gifford, the community, and the Sheriff’s Office as a whole. I know that while this incident shakes the trust you place in our Sheriff's Office, it exemplifies the commitment that our agency and our partner agencies have to a full and impartial investigation, no matter how difficult the results might be,” said Sheriff Sheridan.

Former Deputy Stump is presumed innocent until proven guilty in a court of law.  Until such proceedings are concluded, Sheriff Sheridan will not be commenting further on the case, and any questions should be directed to the 15th Judicial District Attorney's Office.”

As per Vogel’s original statement, it appears Undersheriff Weisenhorn will not be charged in the incident.

A request for a statement as to employment retention of Weisenhorn went unanswered as of press time by the Kiowa County Sheriff’s Office.