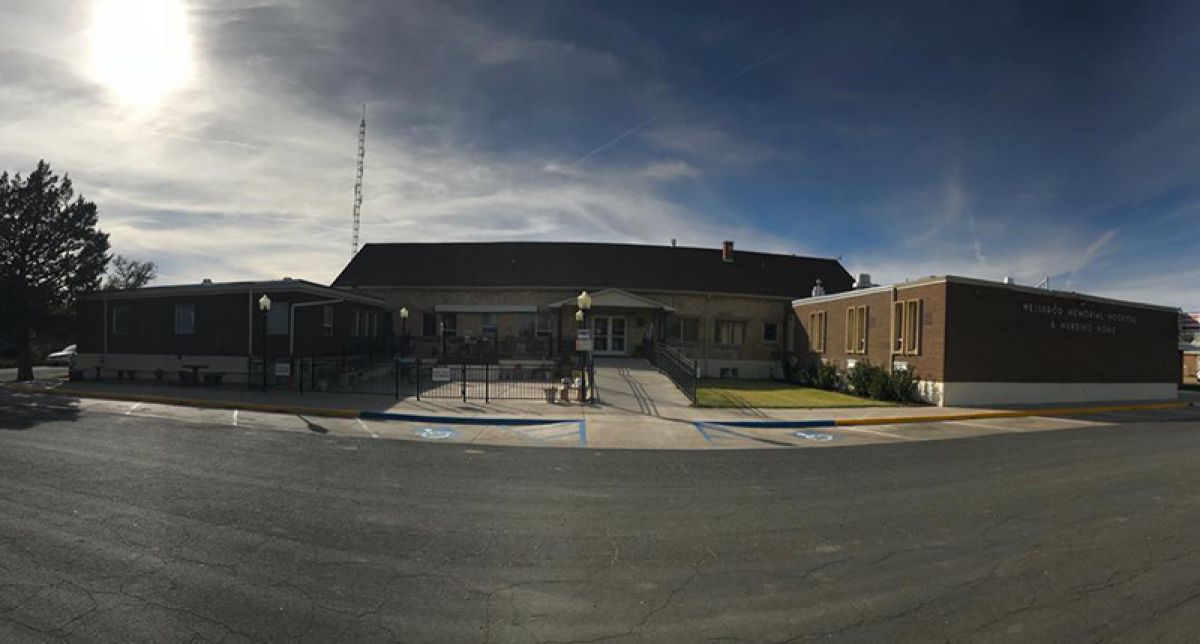 KCHD, Prairie Pines Team up to Weather the Storm

Last week’s winter storm that brought record setting (if not breaking) -25 degree temperatures with a windchill factor of -40 wreaked havoc in parts of Kiowa County. Some got lucky and were spared.  Others dealt with everything from power outages to frozen water pipes to standing water in the interior of buildings.

One of those organizations impacted by sub zero temperatures was Weisbrod Hospital.

At 3:00am in the morning of Tuesday, February 16, Char Korrell, CEO of KCHD, received a call notifying her of a situation that was developing. Nurses working on the north side of the hospital had noticed the temperature in the building was dropping. Maintenance had come to the hospital and discovered the malfunctioning boiler.

Regulations require that boiler rooms in schools and hospitals have 10% air from the outside, a regulation KCHD abides by. As a result, extremely cold air was flowing over the coils. This not only led to the temperature drop in the north wing of the hospital, it also led to the coils cracking with the malfunctioning boiler which led to water leaking in some patients room and running down the hallway.

In a real-life example of cooperation, collaboration and resource sharing during a stressful situation, beds and patients were transported to Prairie Pines The Weisbrod staff working with the transferred patients accompanied their patients to the assisted living facility where they continued to provide care along with several housekeeping staff who helped out. One nurse stayed behind at Weisbrod in case there was a walk-in to the Emergency Room.

For their part, dietary staff continued to prepare three meals a day, which they delivered to the patients and staff at the assisted living facility while nurses made runs to Weisbrod throughout the day to get the patients’ medication as needed.

Meanwhile, the clinic continued to function and see patients as usual while Tolin Mechanical worked on the boiler to repair the problem.

Again, as required by state and federal regulations, Korrell notified the state about the situation and subsequent transfer. In turn, the state notified Life Safety, who, in the middle of a weather event impacting people all over the state and with an assisted living facility that was suddenly the site of patients and staff from two facilities with distinctly different physical needs, surveyors from Life Safety showed up at Prairie Pines and conducted a four-hour survey of the facility to ensure it was safe for a continued stay.

“Assisted living facilities have less stringent requirements,” Korrell said, “so I thought it would all go okay. But as crazy as things were, I couldn’t be sure.”

Luckily, Korrell was right. “The surveyors said ‘fine’. They even said we could stay at Prairie Pines until Monday if we wanted, but, by Friday, the boiler had been fixed and the heat was working, so there was no reason to not transport the patients back to Weisbrod.”

By the time it was over, a total of 13 patients from Weisbrod were transferred to Prairie Pines, who luckily had nine rooms available at the time. One patient went home to temporarily stay with family, and one patient was transferred to Prowers where they were eventually discharged to go home. The ambulance was diverted to other area hospitals, as well.

Korrell had high praise for staff members at both facilities. “We’re very grateful to the staff at Prairie Pines for helping us out in such a difficult situation. They were excellent to work with and supportive in so many ways. And I’m very proud of the KCHD staff for their professionalism, flexibility and willingness to do what needed to be done for the good of the patients.”

Brandi Turcotte, director of Prairie Pines, was also complimentary. “Everything went really smoothly. The staff was wonderful, and it was a really good collaboration. I’m just happy we had the space at the time to accommodate all the patients who needed a warm place to be.  KCHD staff were very pleased and helpful in situations where they didn’t even need to be helpful and Prairie Pines staff were the same. We were also making sure that people observed the scope of practice and didn’t cross lines that shouldn’t be crossed. It was very interesting to be in a crisis situation and to be able to help. And I know they would do the same for us.”

Facilities like hospitals and assisted living centers frequently have emergency drills precisely for situations like what happened last week, and it would appear that the practice paid off. That’s a real testimony to all who were involved.

But given the age of the hospital (which was built during the 1930s), the growing challenges inherent in the facility’s aging infrastructure and the increasing frequency of extremely severe weather events happening around the world, including Kiowa County, it would also appear that the prospect of a new hospital – especially one built in close proximity to Prairie Pines as is true with the land the hospital has purchased -- may be not just a dream but a necessity.