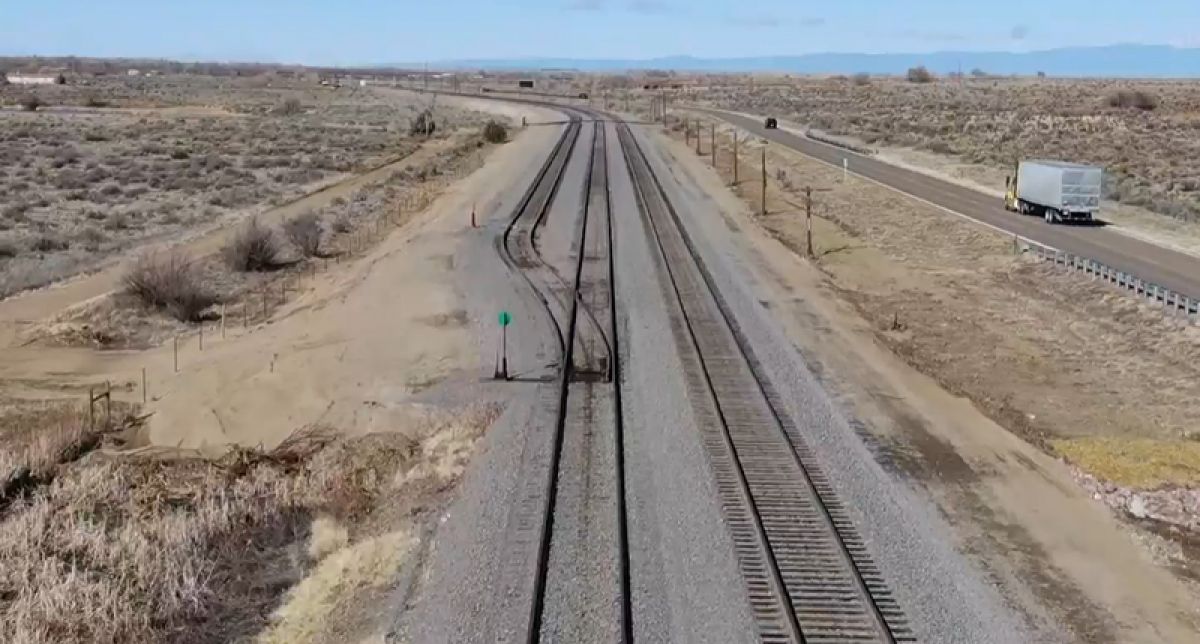 Harvey Crouch of Crouch Engineering, the company responsible for rehabilitating and doing additional work on Colorado Pacific’s Towner line, recently announced that Colorado Pacific Railroad has completed the construction of two new sidings near NA Junction, which is just east of Boone, Colorado.

This announcement signals good news for farmers in southeastern Colorado.

Before the construction of the interchange yard, there was only a simple connection between the railroads, prohibiting any interchange of freight cars and effectively limiting direct route access for farmers from southeast Colorado wanting to ship their products to the lucrative markets to the west and beyond in an efficient and economical way.

For years, farmers wanting access to western markets had no choice but to first ship product east to Wichita, Kansas before essentially turning around and heading back to the west, a route that added roughly 500 nonproductive miles to the journey and was yet another cost impacting the farmer’s bottom line.

The construction of the new sidings in the interchange at NA Junction will allow both BNSF and Colorado Pacific to set off and pick up loaded and empty freight cars, finally opening up rail traffic to the west for farmers in southeast Colorado more quickly and at a lower cost.

Two sidings were constructed in the project. A long siding (8,000 track feet in length) was built on the north side of the main line. This is long enough for unit trains of 80-125 car lengths.

A shorter siding (3,000 track feet in length) was built on the south side of the main line that has a 40-car capacity and will be used for “manifest traffic”, a term referring to smaller shipments.

As was reported in the Independent, design of the project was first started in early August of 2020 with initial projections for the interchange to be completed around Christmas, 2020. The project came in on time.

It should also be noted that Colorado Pacific Railroad made the investment in this project without the use of any public funds.

Stefan Soloviev, CEO and owner of Colorado Pacific and Crossroads Agriculture, has stated from the beginning of his involvement in southeastern Colorado that he intends to provide options that create much needed, well deserved benefits to farmers in southeastern Colorado and western Kansas. One of those options includes providing long-term transportation that is both efficient and economical.

Once again, Soloviev and the Colorado Pacific Railroad are backing up intentions with action.

For their part, Crouch Engineering performed the planning, engineering surveying, design, permitting, and construction management for the project with an emphasis on using local, state and regional contractors and subcontractors when possible.

Specifically, Crouch Engineering utilized local subcontractors American Track out of Denver, Silver Eagle, a local grading contractor and materials from A&S Construction located in Boone. Track work was done by Capital Railroad Contracting, out of Columbia, Missouri for the construction.

Crouch Engineering coordinated construction of the project and new connection switch with BNSF, and permitting of a small wetland area with the US Army Corps of Engineers, and driveway permitting through the Colorado DOT.