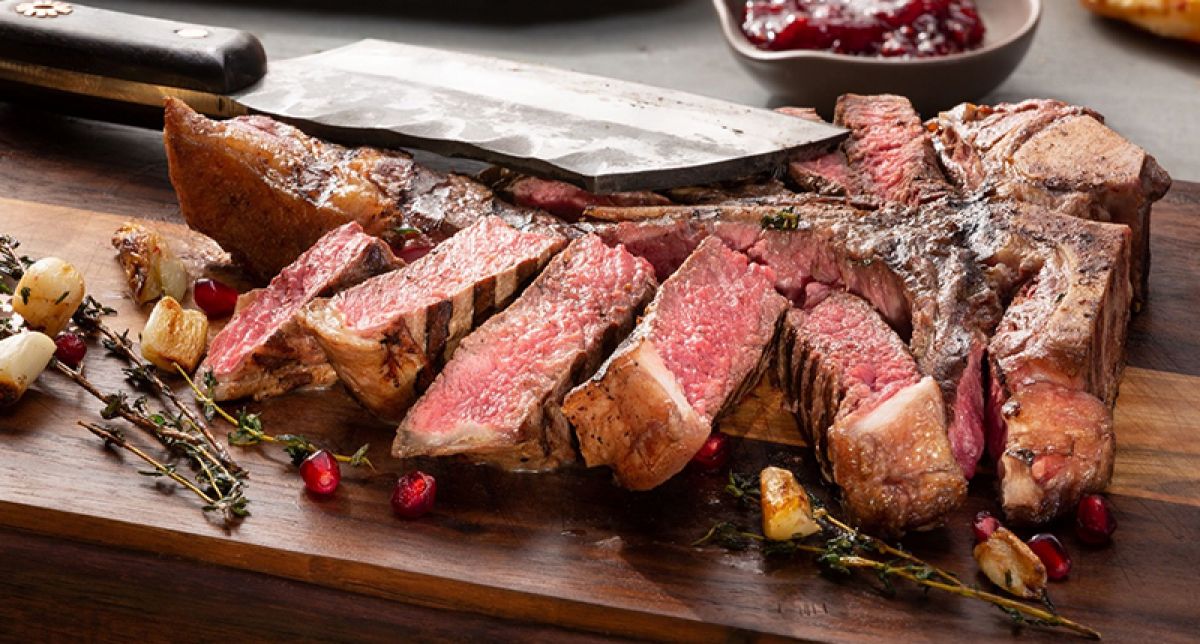 Despite making a play three weeks ago at trying to preserve the shaky future of the National Western Stock Show held in Denver each January, Colorado Governor Jared Polis proclaimed March 20 a MeatOut Day in Colorado urging all citizens to boycott eating meat for the entire day.  Polis’ statement went on to promote the benefits, particularly the green benefits, of the new plant-based, synthetic meat products that have recently come into the market.  The response to Polis’ proclamation was met with immediate and angry push back as the state Ag Industry has now proclaimed their own holiday --- the MeatIn Colorado Day.  This firestorm in Colorado comes at a time when the state’s legislature is looking at a handful of proposals that could negatively affect the state’s agriculture industry even further.

In his proclamation Polis stated, “"WHEREAS, removing animal products from our diets reduces the risk of various ailments, including heart disease, high-blood pressure, stroke, various cancers, and diabetes; and

"WHEREAS, a plant-based diet helps protect the environment by reducing our carbon footprint, preserving forests, grasslands and wildlife habitats, and reduces pollution of waterways; and

"WHEREAS, a growing number of people are reducing their meat consumption to help prevent animal cruelty; and

"WHEREAS, since MeatOut was launched in 1985, more than 35 million Americans have explored a plant-based diet and reduced their consumption of meat, dairy, and eggs; and major food manufacturers and national franchises are marketing more vegan options in response to this growing demand;

"WHEREAS, Colorado is the proud home to farmers and ranchers alike and we recognize the importance of agriculture in the state;

THEREFORE I, Jared Polis, Governor of the State of Colorado, do hereby proclaim March 20, 2021, as MEATOUT DAY."

The proclamation got immediate attention from the Colorado Cattleman’s Association stating, “The MeatOut Day idea, a national movement, is "harmful and falsely critical of agriculture and meat production."

This isn’t the first time Governor Polis has infuriated the agricultural industry leaders in Colorado.  In August 2019 he told employees at the Colorado Department of Agriculture that they should be promoting vegan alternatives to meat such as the newly released Impossible Burger, made from soybeans.  Also, Polis threw another punch to rural agriculture when he did not appoint a single person from Eastern Colorado to the state fair board eliminating representation to an area that represents the bulk of the cattle industry in the state.  Finally, in late 2019, Polis appointed Ellen Kessler of Littleton to the state veterinarian board. Kessler is an animal rights activist and has made social media posts criticizing the ag industry including 4-H and the Future Farmers of America (FFA) organization.

Then on February 22 a ballot measure was filed with the Secretary of State that could drastically change the way cattlemen and stockmen, in general, raise and process their animals. The measure was submitted by Alexander Sage, an animal welfare activist in Broomfield, and Brent Johannes of Boulder. The measure is known as PAUSE: Protect Animals from Unnecessary Suffering and Exploitation.

The ballot proposal defines the lifespan of a cow, chicken, pig, goat, sheep or turkey. It then says those animals cannot be processed until they've reached a quarter of their life span. For example, a cow’s average life span is 20 years, and under the measure could not be processed until it reaches five years.

Of course, there are nuances to the definitions in the measure so it is unclear how it will ultimately be considered and whether it will actually be the catalyst that changes the way the various industries operate.

In addition, another bill moving through the Colorado legislature is SB 21-135 dubbed the Prohibit Certain Animals in Traveling Animal Act Proclamation.  It would affect a number of agricultural-based industries and organizations in Colorado including rodeos, fairs, 4H and FFA competitions and even habitats for zoo migratory animals.

State Sen. Jerry Sonnenberg, R-Sterling who represents a wide swath of cattle country from Cheyenne and Lincoln County northward furiously blasted Polis on the floor of the Colorado Senate on Friday stating, “MeatOut Day is to encourage the consumption of processed plant products that includes soy protein concentrate, coconut and sunflower oil, cultured dextrose, food starch, salt, zinc, gluconate, sodium ascorbate, and other ingredients, which have to be added because the products lose the benefit of fresh vegetables.”

Sonnenberg went on to address the rift Polis has with Colorado agriculture explaining his actions has not only caught the fury of this state’s producers but also those from the agricultural industry from other states looking in and seeing a state that is negative toward agriculture.

That includes a recent announcement by a Hereford cattle association. Sonnenberg said, “The association's board is planning to vote on moving from the National Western Stock Show to a livestock show hosted at the same time in Oklahoma City.”

“The association,” according to Sonnenberg, “Said Polis' proclamation for MeatOut Day was ‘the last straw.’”

In September 2020 the organizers of the National Western Stock Show announced they were cancelling the premier event in agriculture that has existed for more than 100 years in Colorado and has positively impacted the state’s economy in a big way year after year.  Upon that announcement, the Governor of Oklahoma, Kevin Stitt, announced in October an event to be held in Oklahoma City, OK called the Cattlemen’s Congress.  That event was held quite successfully with record crowds during two weeks in January bringing a financial windfall to the city of more than $50 million in monetary gains.

To add even more complexity to why Polis would take such a seemingly outrageous stance against agriculture, Denver is currently in the process of spending over a billion dollars on significant improvements to the complex where the National Western Stock Show is traditionally held.  The pricey renovations were scheduled to be completed in 2021 and will be dubbed the National Western Center.  The city plans to hold numerous Western and agricultural events in the complex throughout the year.

However, if Governor Stitt gets his way one of the premier events in Western America and the agricultural industry, as a whole, will make its way to Oklahoma City from now on and Denver will be left with egg on their face and a fancy new complex without a multi-million dollar event to go in it.

In Stitt’s State-of-the-State address on February 1 he referred to Colorado shutting down the National Western Stock Show, “The folks in Denver turned their back on the ag industry,” Stitts said. “They wouldn’t let them have their major national cattle show, because they insisted on keeping their state locked down. That put the stability of the U.S. beef industry in danger."

Sonnenberg brought his point home stating, “Oklahoma City is dying to get their hands on the stock show.  We can't have the leadership in this state throw the number two industry in this state under the bus. Yes, I’m angry. It’s my business. It’s my neighbor’s business and it’s the district I represent.”

Polis’ action has prompted many agricultural dominant counties in Colorado to join with the Colorado Cattleman’s Association in declaring a MeatIn Day on March 20.

Sonnenberg finished by telling legislators that, “The one positive is that county commissioners in rural counties are drafting resolutions to support a local March 20 Beef Day.

Locally, there is a large MeatIn event being planned in Kiowa County as well as in other neighboring counties.  The Kiowa County Board of County Commissioners met on Thursday and discussed the issue stating they are in support of the Kiowa County agricultural industry.  Further, they will determine how they will demonstrate that support at their next meeting on March 11.

Polis defended his MeatOut proclamation on Friday stating, "I've focused since Day One to expand markets for Colorado's beef markets.” He also stated, “I toured Colorado ranches, and during my quarantine after testing positive for COVID-19 learned to develop cooking techniques around underappreciated cuts of beef, such as flank.”

"I'll put my brisket up against anyone's," he said.