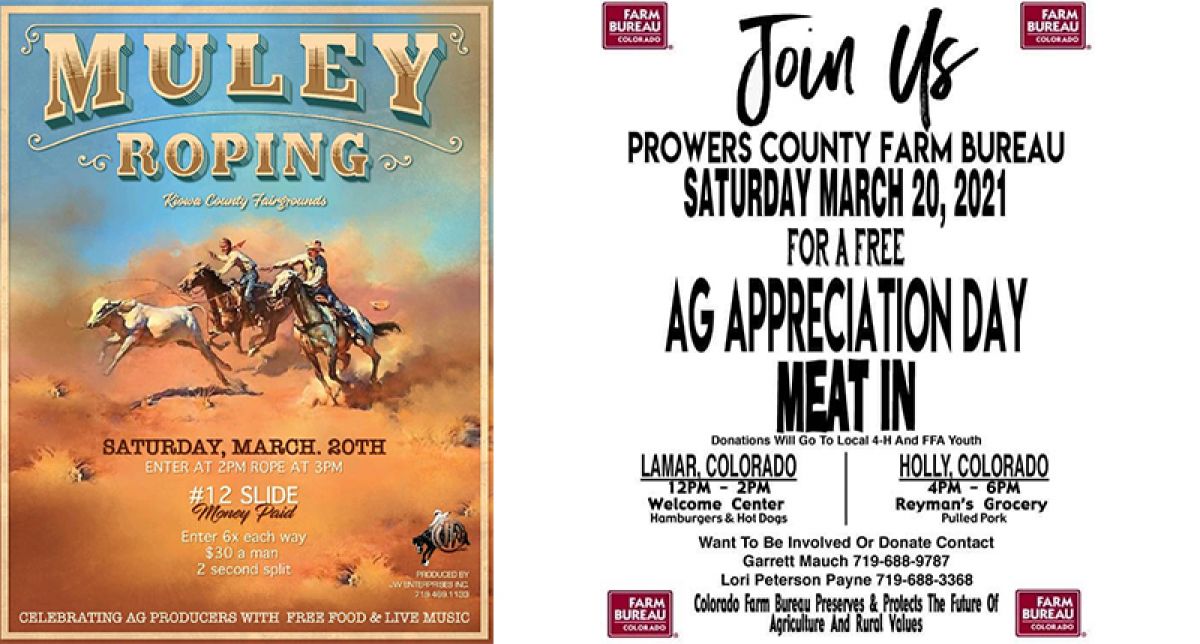 Now is the Time to Speak Out for Colorado Ag

On February 24th, an article was published on the VegNews website announcing that Colorado Governor Jared Polis declared March 20th “MeatOut Day” in Colorado as a way to promote meatless diets. I’m sure this isn’t news to you; there has been a lot of chatter about MeatOut Day on social media and from many news outlets. To those of us in the agriculture industry, his proclamation was a slap in the face.

The Farm Animal Rights Movement (FARM) created the “MeatOut” initiative in 1985; their goal has been to set out and encourage government entities to sign this proclamation in support of plant-based diets. Governor Polis joined approximately 40 other governors and mayors from around the country when he signed this proclamation. By encouraging Colorado citizens to not eat meat, even if it is just for one day, this puts over 35,000 Colorado farms and ranches at risk - not to mention the rest of the food supply chain like restaurants, packing plants and grocery stores. According to the Colorado Department of Agriculture, the ag industry contributes $41 billion annually to the Colorado economy and employs nearly 173,000 people. Beef is Colorado’s #1 export worth $900 million; Colorado has 2.7 million head of cattle and the 3rd largest producer of sheep and lambs. Sixty percent of the state’s $7.1 billion in agriculture cash receipts are attributed to livestock, and Colorado has a $4.6 billion animal protein industry.

The MeatOut proclamation comes amidst other concerning events in our state and country’s agriculture industry. Colorado State Ballot Initiative 18-9-201, entitled Protect Animals from Unnecessary Suffering and Exploitation (PAUSE), would criminalize some actions that are currently accepted in animal husbandry practices. If passed, this bill would cost consumers and limit food availability.  Also consider the National Western Stock Show, held annually in Denver every January since 1906 (canceled this year due to COVID restrictions) brings $50 million to our state. The 16-day event brought in visitors and exhibitors from all over the country and world to Colorado. Now, many exhibitors are saying that they don’t want to support a state that is putting out anti-agriculture legislation and publicity.

Adding to all of this, Bill Gates, now the largest landowner in the United States, is pushing for the switch to synthetic meats. He claims this will be the solution to the impending climate change disaster. I can assure you that farmers and ranchers have been practicing conservation and sustainability for longer than anyone. In an article on the Colorado Cattlemen’s website, they say, “It is often an untold story, but ranching families have led conservation efforts across the United States for generations. Today’s farmers and ranchers are strong examples of true environmentalists. They have a deep love and appreciation for the land because it in turn supports their families. These hard-working people are dedicated to caring for the resources entrusted to them, and they know first-hand that caring for the environment protects their way of life for future generations.” This echoes the sentiments of Holly Mitchek and countless other ranchers and farmers.

Last week, Holly Mitchek and I went to Denver to speak about these issues on The Modern Eater show. Mitchek made some excellent points: we are stewards and caretakers of the land; if we don’t take care of the land, the land won’t take care of us. She also suggested that people like Governor Polis should take some time and visit people in the agriculture industry and learn about this lifestyle. They could learn a lot in a short amount of time.

Note from the Publisher:  Thank you to Tori Uhland for speaking up for Colorado Agriculture in this important article.  There are many events planned by local supporters of agriculture on March 20th designed to push back against Governor Polis’ MeatOut proclamation.  Use the following information for events in Kiowa and Prowers County. (subject to change)