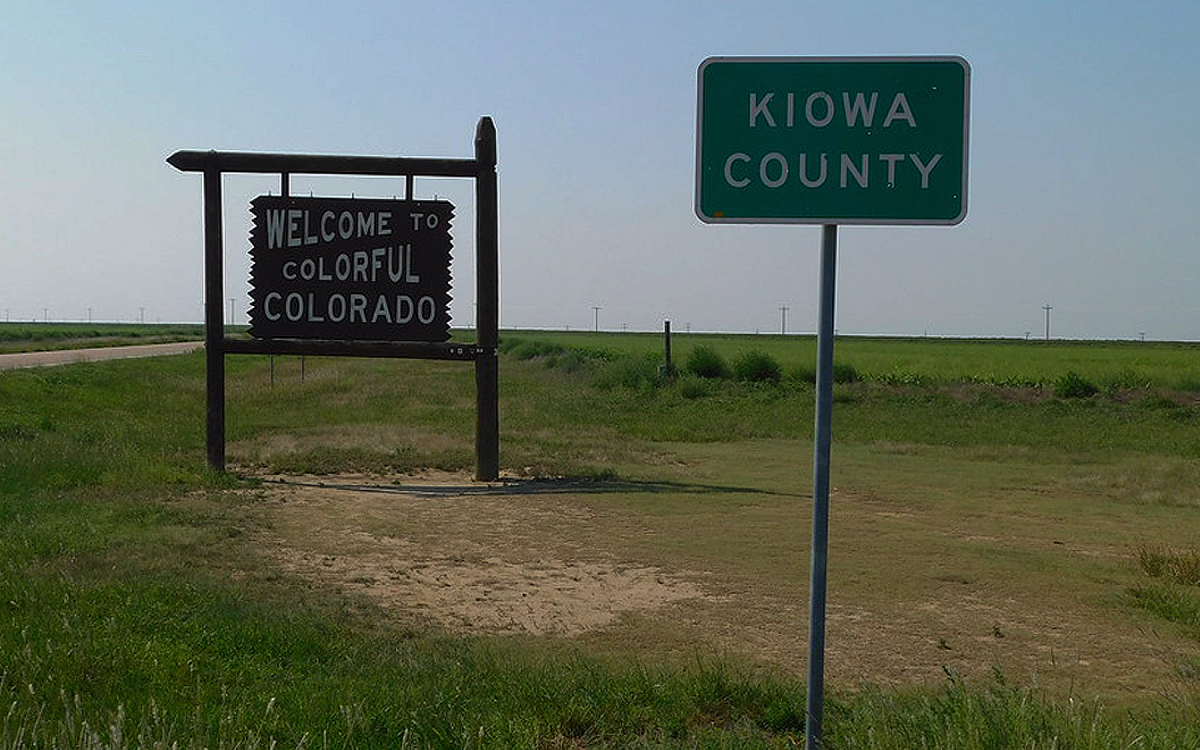 To Understand Our Future, We Must Realize Our Past

In 2001, now twenty years ago, a number of dedicated community leaders in Kiowa County recognized the need to develop the Kiowa County Comprehensive Development Plan that examined the then current situation in the county as it was becoming evident there were a number of areas of concern that the leadership and residents both were coming to recognize.  In 2001, there were several important trends, both positive and negative, that were causing the county problems.  The Board of County Commissioners, including Commissioners Rod Brown, Vern Harris and Dutch Eikenberg, and the Economic Development Foundation, with members Rod Johnson, Jerry Weber, Dorie Musgrave, Jan Richards, Marilyn Baxter, Greg Miller and Janet Frederick, decided the trends they were seeing called for an aggressive planning document in order to address them.
The identified 2001 trends in Kiowa County that were persistent and of issue included the following (as identified by the planning committee):

It is interesting to note that every one of these trends identified by county leadership two decades ago continue to be present, and in some cases even more prevalent now than it was then.
In this three-part series we will examine the planning strategies completed by the county’s community leaders, describe what they uncovered, and reveal the actual plan they put in place.  Finally, we will evaluate whether the plan was followed successfully or whether it was an exercise in futility.  At any rate, it is interesting to look back and take a snapshot of Kiowa County in 2001 and compare it with a snapshot of Kiowa County in 2021.
The Planning Strategy in 2001 was to examine the full range of issues that impacted the County.  Other partners in the process included the Colorado Office of Economic Development and the Economic Developers’ Council of Colorado.  These entities formed a partnership and came to Kiowa County spending three days in conducting a Community Assessment that included panels with county leaders in agriculture, natural resources, education, health care, and local government.  They assessed the leaders’ understanding of the strengths, weaknesses, opportunities and threats to the County.  That team then developed an assessment that included recommendations for actions for community leaders to pursue.
There was also extensive public involvement in the development of the plan.  A Steering Committee consisting of a wide range of individuals with different perspectives conducted several public workshops across the County in order to allow interested parties an opportunity to express their thoughts regarding the Plan.  They went so far as to conduct a census of all the households in the County with a Comprehensive Plan Citizen’s Survey.  Of the 425 surveys sent out, 149 or 35% were returned.  These Citizen Surveys formed the backbone of the public input in the planning process.
More input was given at various meetings including to the Kiowa County Economic Development Foundation annual meeting, the Eads City Council, and the Eads School Board.  Three public hearings were also conducted in Haswell, Eads and at the Plainview School.  All comments from these public meetings were included in developing the final Plan.
Once the leadership understood the current needs and desires of the citizens, they moved to the next step in the Planning Stage and that was to develop a Plan with goals, objectives and strategies that were realistic and attainable.  These were developed over a 12-month planning process and then re-examined by numerous participants in public input meetings.
The Plan itself is organized in five easy chapters including an Introduction in Chapter One; the History, Existing Conditions, Demographic Profiles, and Future Trends (2001) in Chapter Two; A Description of the Public Input and planning process in Chapter Three.  Chapter Four then gets down to the specific goals, objectives, and implementation strategies.  Finally, Chapter Five describes how the Plan should be implemented.
Let’s examine Chapter Two to get a good picture of what Kiowa County looked like in 2001.
First, Kiowa County is located 173 miles southeast of Denver, 113 miles east of Pueblo and 36 miles north of Lamar.  The Colorado-Kansas state line is also its eastern-most boundary.  The county contains 1,794 square miles which equates to 1,148,160 acres.  The land is generally flat with some rolling terrain.  Elevations range from 3,800 feet in the southeast corner of the County to 4,600 feet in the northwest corner of the County.
There are number of water sources and drainages in the County with descriptive names such as Big Sandy, Rush Creek, Adobe Creek, Mustang Creek, Wild Horse Creek, Buffalo Creek, White Woman Creek and Kiowa Springs.  Much of the County drains into basins that have playa lakes with about 1% of the County occupied by intermittent lakes with names such as Neenoshe, NeeGrande, Queens, Sweetwater, and Blue Lake.  All the lakes are used to store water for irrigation.
The climate of Kiowa County is mild and semiarid.  The annual precipitation is about 14 inches, but at least every two years out of ten sees less than 10 inches of rain.  Summers are long with hot days and blessed cool nights.  The wind, particularly in the late winter and early spring, can be ferocious.
About 59% of the County is committed to dryland farming.  Most of the rest of the acreage is rangeland.  In 2001 wheat was the dominant crop, while grain sorghum, forage sorghum, sunflowers, and millet were also grown in less abundance.  Irrigation was limited by the unavailability of a suitable quantity of water, but there was approximately 14,000 irrigated acres.  The main aquifer was located in the alluvium of Rush and Big Sandy Creeks.  In the southeastern part of the County, a few wells were tapping into the Ogallala Formation, but it was noted even in 2001 that the water table of the Ogallala was lowering.
There is also a good population of large mammals in the County including mule and white-tail deer, and pronghorn, along with cottontail and jack rabbit, badgers, prairie dogs, and fox.  Birdlife is abundant, especially in the spring and summer, with a large concentration of bird species present.
The history of the County is an asset as there are many excellent historic resources addressing the Sand Creek Massacre, the development of the Railroad, Town Building, the development of Schools and  legendary stories of the homesteaders and cowboys.
The population of the County as been on a steady decline since 1930 when there were 3,786 people living in the county.  Each decade the number has dropped, except for one from 1940 to 1950, as the population ages and fewer people move in.

Despite this depressing population trend identified in 2001, the Colorado Department of Local Affairs projected that growth at the Compound Annual Average Growth Rate (CAAGR) of 1.6% would show a population of 1,834 by 2025.  However, if the County growth rates realized from 1990 to 2000 were sustained the County would continue to lose people.  One estimate using the Growth Rate from 1990 to 1995 indicated a population in 2025 of 1,612.  However, more concerning, by using the Growth Rate in the County from 1995 to 2000 the population was projected to be 1,582 by 2025.
According to World Population Review’s database the current 2021 population of Kiowa County is 1,460, up 1.88% from 2020.
The Housing situation in Kiowa County in 2001 showed that there was an estimated 3.6% vacancy rate in housing with most livable spaces being rented or purchased when they became available.  There were an estimated 30 vacant housing units across the county.  In one year from 1999 to 2000 the change in the number of housing units in the county increased by 15%.
Economic conditions in Kiowa County in 2001 showed a healthy 2.5 unemployment rate.  The largest employment sector in the County was, of course, in agriculture products and services making up 37.6% of the County’s income.  Of the $56.9 million in total county personal income in 2001, 51% of it was farm income.
The government sector ranked as the second largest income generator with 16.2% of the county’s income.  Wholesale and retail trade ranked third with 10% of the County income.  Services were fourth and Retirement Income was fifth.
The County government generated $3,270,296 in 1999.  The assessed valuation declined substantially between 1995 and 2000, and Kiowa County had the highest mill levy in the Lower Arkansas Region/southern plains.  Retail sales showed to increase modestly but steady in 2001.
Next week, in Part 2 of this three part series, we will examine the Community Surveys from 2001 to determine what was the residents’ perception of Kiowa County.