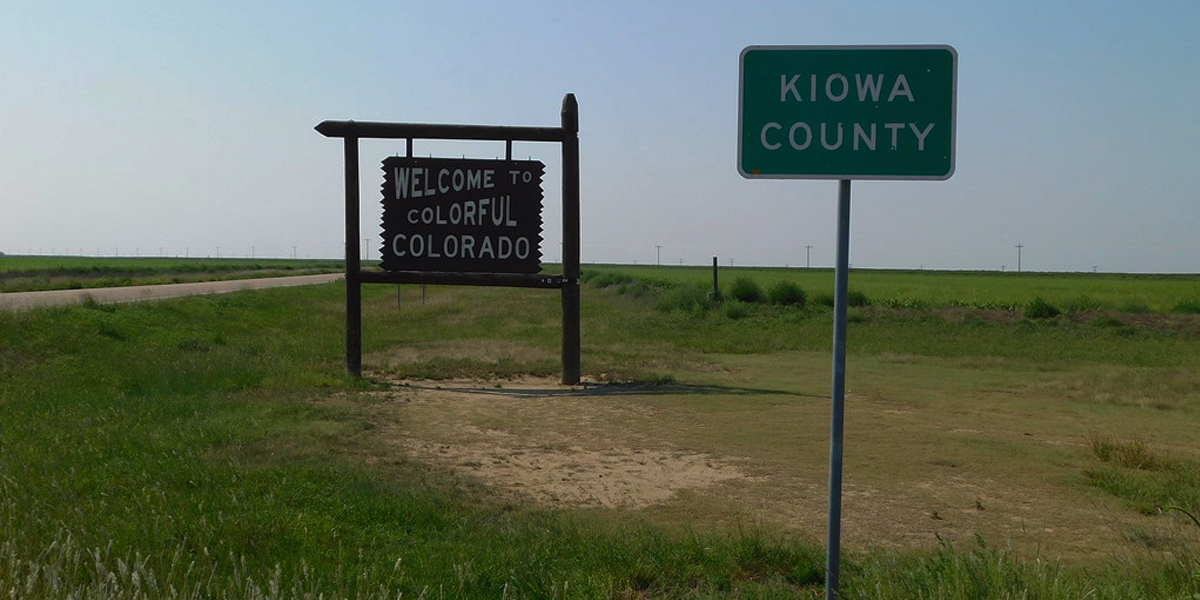 To Understand Our Future, We Must Realize Our Past: Planning Strategies For Kiowa County in 2001 (Part 2 of 3)

With Direct References from the Kiowa County Comprehensive Development Plan, 2001 entitled “A Vision for the Future”; Compiled by the URS Planning Team.
In 2001, now twenty years ago, a number of dedicated community leaders in Kiowa County recognized the need to develop the Kiowa County Comprehensive Development Plan that examined the then current situation in the County as it was becoming evident there were a number of areas of concern that the leadership and residents both were coming to recognize.  In 2001, there were several important trends, both positive and negative, that were causing the county problems.  The Board of County Commissioners, including Commissioners Rod Brown, Vern Harris and Dutch Eikenberg, and the Economic Development Foundation, with members Rod Johnson, Jerry Weber, Dorie Musgrave, Jan Richards, Marilyn Baxter, Greg Miller and Janet Frederick, decided the trends they were seeing called for an aggressive planning document in order to address them.
The identified 2001 trends in Kiowa County that were persistent and of issue included the following (as identified by the planning committee):

It is interesting to note that every one of these trends identified by county leadership two decades ago continue to be present, and in some cases even more prevalent now than it was then.
In Part 2 of this series of articles we will examine what the citizens thought about Kiowa County in 2001---about the place they called home.  That year, the entire community received surveys that contained a series of questions asking citizens what they thought about living in Kiowa County and what Kiowa County needed to do in order improve and successfully grow into the future.
Of the 423 surveys mailed out to county residences, a total of 149, or 35.2%, were returned.  Of those, 73% were returned from Eads, 9% from Haswell or Arlington, and 11% came back from the Sheridan Lake or Towner area.  When demographics of respondents was considered, in general, the survey respondents turned out to be older and better educated than the population at large.  The survey creators did indicate the survey was lengthy and some weight for the type of respondent probably had something to do with that.
First, respondents were asked what factors influenced their decision to live in Kiowa County.  As would probably be expected, and might still be true today, the most common answer, 40% of the respondents, was, “Born and raised here” and “Family in the area.”    The other top reasons for living in Kiowa County included, “Quality of Life,” and “Avoiding Crowds—Quiet Living.”  Interesting enough, the topic of educational opportunities, housing availability and recreation opportunities were all very low on the reasons for living in Kiowa County.  This indicates that in 2001 there were concerns with all three that would have to be evaluated.
In another area of the survey respondents were asked to rate a variety of current and possible visions for future growth and development of Kiowa County.  There was a clear and strong preference for growth.  The respondents saw this growth as largely agricultural, with a combination of large and small acreage properties.  In addition, they thought Kiowa County should continue to grow even though growth brings other challenges with 48% of the respondents wanting to see the County’s population double to 3,500 in the next few years.
One of the most interesting information came in the section where respondents were asked to rate their satisfaction level with a range of existing County conditions.  “Clean air” was by far the most satisfying condition that exists in Kiowa County.  Other most satisfying conditions included “Health care,” “Education,” the “Library” and “Community Friendliness.”  On the flip side, there was the least satisfaction with “Housing,” “Traveler Lodging,” “Activities for Teens,” and “Jobs.”  Other conditions that ranked low on the list that are of note include “Performing Arts and Entertainment” options, availability of “Affordable Child Care,” and “Lack of Recreation for Children.”
Respondents also rated the importance of potential improvements to County services and facilities.  Overall, the respondents identified the “Development of new industry” as the most important improvement to focus on.  Other areas identified as important to enhance included “Improving quality of education,” “Improving downtown/commercial district,” and “Additional retail goods/services.”  The areas identified that required the least attention included “Additional recreation facilities and activities,” “Promotion of tourism,” and “Improving road signage.”
Next the quality of County Services was evaluated and given a rating from 1 to 5 with a 3 being adequate.  The highest ratings given were for health care and the library with those ratings being nearly a 3.5 out of 5 on the average.  The next five services were also rated just above adequate including Fire Protection, Solid Waste & Trash Disposal, Sewer, community Van, and Community Parks.  The lowest rating to a county service was Recreation Programs with a rating of 2.63.
The Aspects of Shopping and Doing Business in Kiowa County was also rated in the survey.  The aspects that earned higher than an adequate rating included in order “Friendly Salespeople,” “Business Cleanliness,” and “Parking Convenience.”  The lowest ratings in this area of questioning included “Quality of Goods,” “Prices Charged,” “Availability of Services,” and “Availability of Products.”
Finally, respondents were asked to identify the areas of considerable need in the County.  Two areas of considerable need emerged including “Parks & Recreation” and “Housing.”  Each of these areas were then broken down into specific details.
In reference to the “Parks & Recreation” options, respondents believed that additional recreation programs should be undertaken.  Most favored additional recreation programs for citizens, more parks, open spaces and signage.
In reference to “Housing” options, respondents strongly indicated there was a need for affordable housing and assisted living options.  They favored privately developed housing and focused on manufactured housing as a viable option.
The overall conclusion of the evaluators of the survey, based on the information ascertained from the respondents, was stated as, “Kiowa County citizens are wrestling with the tension between retaining traditional rural community lifestyles and values and the recognition that some form of diversification appears necessary to stabilize the County demographically and economically into the future.
The information provided by citizens living in Kiowa County in the year 2021 can provide valuable information to its citizens of 2021.  Next week, in Part 3, we will look at some of the Goals, Objectives and Implementation Strategies identified by the leadership involved in this Plan.  Finally, in Part 3, we’ll explain the Plan for Economic Development that was defined and evaluate whether the Plan made any gains toward our County’s status as we see it in 2021.