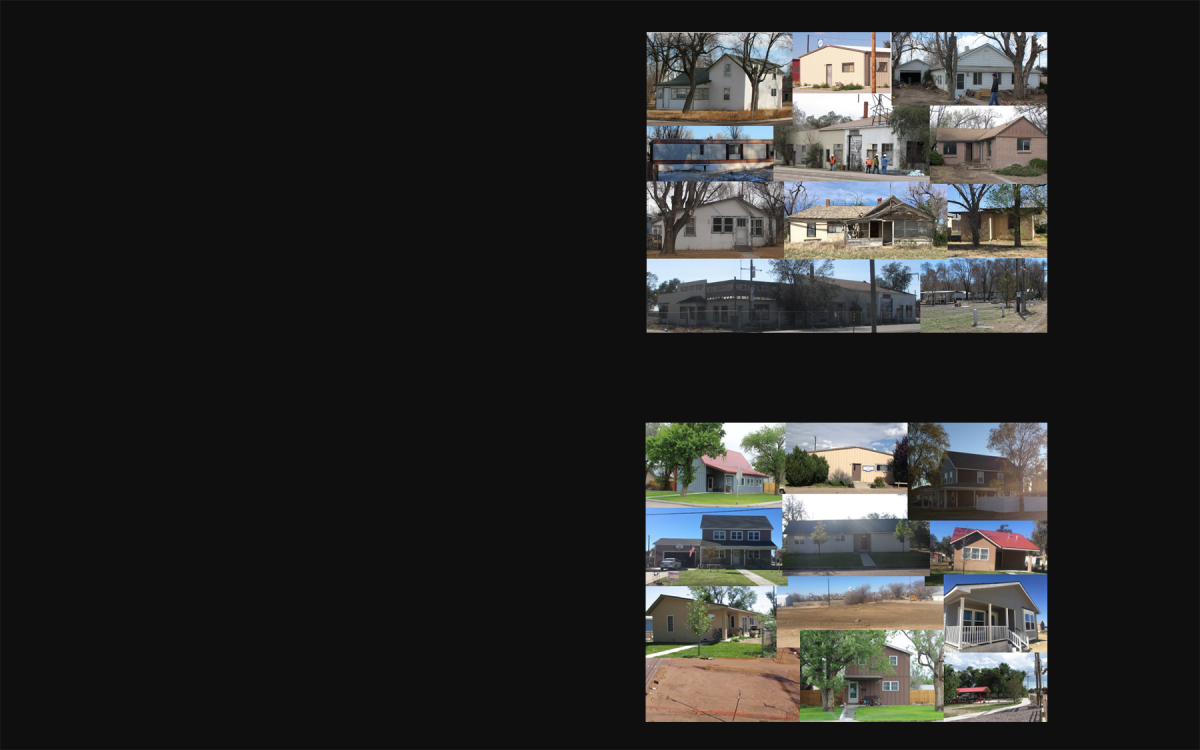 The following press release was received by Kit Carson Rural Development (KCRD), the economic development non-profit organization in Kit Carson:
“WASHINGTON – The U.S. Department of Housing and Urban Development (HUD) today awarded $1.5 million to help build affordable housing in Colorado, California, and Oregon.  Kit Carson, Colorado will receive a $500,000 grant to redevelop two sites, the City of El Cerrito, California will receive a $500,000 grant to build affordable, residential units in the city’s commercial district, and the City of Stayton, Oregon will receive a $500,000 grant to rehabilitate two buildings.  The grants are funded through HUD’s HOPE VI Main Street Program.
“Providing affordable housing and increasing economic opportunities are what Mainstreet funding is all about, “said HUD Secretary Marcia L. Fudge.  “Partnering with our local communities to renovate and rebuild neighborhoods like those in Kit Carson, El Cerrito, and Stayton helps to revitalize smaller cities and towns into thriving and sustainable communities.”
HUD’s Main Street program seeks to rejuvenate older, downtown business districts while retaining the area’s traditional and historic character by providing grants to smaller communities for the development of affordable housing undertaken in connection with an ongoing Main Street revitalization effort.  Under Main Street, obsolete commercial offices or buildings can be reconfigured into revenue-producing affordable housing.
The Town of Kit Carson, Colorado will facilitate development of two affordable housing sites.  These projects represent the culmination of a larger effort to expand the development of the Town’s Main Street area and provide more affordable housing in this community of 233 residents.”
Amy Johnson heads up the Kit Carson Rural Development (KCRD) non-profit group who has been extremely successful in developing a successful model that is actually having a huge effect on shaping the housing market in Kit Carson.  Housing is the number one issue on most rural community’s list entitled, “Needs to Improve.”  The lack of nice, affordable housing is becoming even more of an issue than ever before in small towns as people are leaving the cities and moving out into the rural areas.
The communities that are showing innovative ways of providing affordable, but at the same time attractive housing, will be the communities new people want to live in. Thanks to Johnson and the work of the KCRD, Kit Carson is way ahead of the game.
The two proposed properties up for replacement or renovation are located at 402 Main Street and 502 Park Street in Kit Carson.  Park Street is the next street over west of Main Street.  That property has been abandoned for at least a couple of decades.  In order to qualify for the HUD Hope 6 Mainstreet Grants the property in question must be under contract.  According to Johnson, “That property met the requirement just at the right time as we (KCRD) are currently under contract with the owner.”
Johnson also indicates that although there are many issues in the deal to be ironed out and clarified, “KCRD is hoping to build a duplex on that property in order to get more housing in the space.  We’re still trying to determine if we should build up, as in a second story.  Then, perhaps later, we can build another duplex next to it.  We want to get the most bang for our buck for the property we have.”
This particular HUD grant was awarded to Kit Carson because of their high level of support from the community.  Cheyenne County committed in-kind work to the project.  They also got financial support from ENEL Greenpower, the wind farm company that is moving into the area.  However, the biggest key to the success of obtaining the HUD grants KCRD has successfully received is the willingness of the Town of Kit Carson to be the pass-through agency in the projects.  Johnson indicated, “That role is not easy as the Town is the official applicant and the money flows through their offices.  In addition, they are subjected to an audit when the project is completed.”
Johnson can’t emphasize enough, however, how important it is for the entire community to support what KCRD is doing with their housing market.  “Rural communities can not survive without working together.  That means we have pushed extremely hard to develop a strong working relationship between KCRD and the Town of Kit Carson, Cheyenne County, and private industry.”
This is the third major HUD project KCRD has successfully landed.  The first two were in 2010 and 2014.  Johnson likes the program so well because it requires the first occupants, whether renting or buying, to qualify as low-income occupants.  After that initial resident, KCRD can then do what they want with the home.  Johnson says, “Right now we own 4 houses and 2 are under contract.  We have no problem keeping them occupied.  We’ve hired Jason Farmer to maintain the properties for us and in turn he gets a percentage cut of the rents each month.  So far it has worked remarkably well.”
Johnson also indicated, “There has been some criticism over bringing low-income housing into Kit Carson.  But with this program through HUD the threshold for median income requirements is quite high.  For Kit Carson a family of 4 can qualify if they make under $61,000.  That’s a pretty normal income in our region.”
The HUD Hope 6 Main Street Grant is a difficult federal grant to apply for and the success rate is based on finding ways to earn points on the application.  By now, with Johnson’s knowledge and hard work, Kit Carson has the recipe down to a science.
Johnson wraps it up by saying, “The applications are tremendously involved and difficult. That’s why most communities don’t do them.  But I like this particular HUD grant program because only 4 communities applied this year and three got grants.”