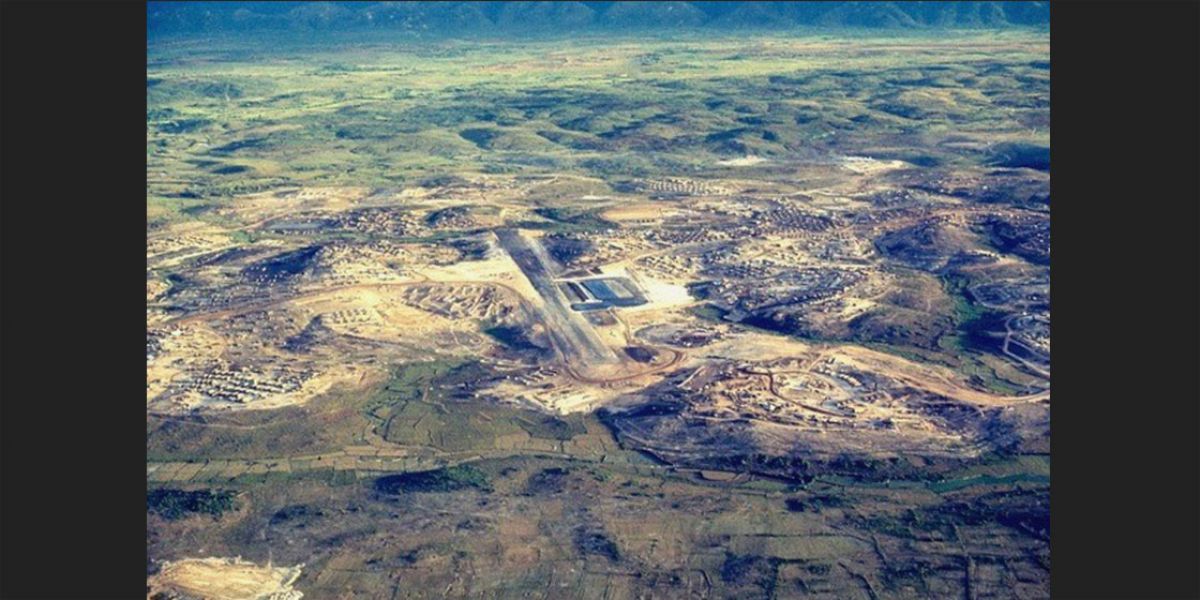 The year was 1968.  The country was in turmoil, and Roger Evans will be the first to say that he came of age in a time of rebellion.  It’s not a difficult thing to believe; Roger, with his deep voice and direct manner of speaking, could easily be taken for a man determined to follow his own way in his own style. And while this may be somewhat true of him today, perhaps, at 18 years old, the rebellion was not as pervasive to Roger’s being as his words might suggest.  Despite growing up without a father, without guidance, no set thing to do and a history of getting in trouble, Roger still instinctively knew at some level he needed something larger than himself to teach him to be disciplined….to put him on the path toward manhood.  And so, he joined the army, even knowing it was likely he would be sent to Viet Nam.  What he didn’t know—what he couldn’t possibly know—is that the path to manhood would result in turning him old long, long before his time.
Roger enlisted in June and did his basic training in Fort Bliss, Texas.  He was then transferred to Fort Irwin, California for a year, assigned to artillery.  His specialty was the self-propelled, 105mm Horowitzer. In June of 1969, a year after his enlistment, Roger was sent to Viet Nam and landed at Cam Ranh Air Base, one of the three aerial ports where US military personnel arrived or departed South Viet Nam for their 12 month tour of duty.
When asked if he remembers his first impression of Southeast Asia, he gives a short laugh. “Yes. I remember heat. Humidity. And the smell.  A jungle smell that I didn’t recognize.  Like everything was….wet.  And moldy.”
Roger was assigned to Camp Evans which was just a short flight from the DMZ—the line that separated South Viet Nam from North Viet Nam and the enemy.  His job was to be a forward observer; in other words, he and a company of 30 soldiers--that was “always understaffed” since those men who were wounded were usually not replaced—spent 2 to 3 weeks patrolling the jungle, away from the relative safety of base camp.
“It was sort of like an extended backpacking trip,” Roger says, with his characteristic dry wit, “except for getting shot at a lot.”  It was also like much of Viet Nam—rainy, hot and the perfect incubator for any one of a number of diseases.  “Crotch rot was a problem,” Roger says.  “No matter what we did, we all got sores on different parts of our bodies.  The leeches didn’t help, either. There were lots of leeches.  They even dropped out of the trees.”  Roger’s company had a clear assignment: look for VCs (Viet Cong).  “But,” he adds, “they usually found us.”
At this point, Roger stops for a moment, and his voice takes on a different tone.  “But don’t ask me to tell you any war stories because I won’t.  I won’t tell you stories like that.”
Agreed.
It also takes work to get him to speak of any personal accomplishments, but Roger eventually admits he was promoted to Sergeant just four months after arriving in Viet Nam.  It seems in war time, Sergeants always hold a special place of authority within a company.  This was especially true in Viet Nam.  “The officers were usually straight out of ROTC,” Roger says.  “The life expectancy of a 1st Lieutenant in Viet Nam was about two weeks.  They put men with no combat experience in charge of troops. Some of them would—right away—get out there and act like John Wayne, trying to prove to the men that they were officers.  Those were the ones that got killed within a couple of days.”  Roger, with his rank and—although he might dispute this—wisdom beyond his years, quickly became the go-to man for the men.  “I had to always know exactly where we were because I was the one who called in the artillery. And there was this one lieutenant that asked me, all the time, ‘Roger--where are we now?’  So, I’d pull out the map and say, ‘Okay, sir.  See that mountain over there…?  We’re here.’”  Asked if he ever gave the typical “Sergeant speech” to new arrivals, and, if so, does he remember what he told them, Roger simply laughs.  “Oh, yes, I remember.  But I can’t repeat it—especially not for the newspaper.”

Despite—or, perhaps, because of—the constant stress and danger of war, the men grew very close.   “It wasn’t like a typical war zone,” he says.  “There was no difference between the ones who were drafted and the ones who enlisted.  Everyone was your brother.”
At the end of their two to three week patrol, Roger’s company would return to Camp Evans for “stand-down time”—the time when they got real food (and not “sea rats”), the chance to rest, to sometimes “get drunk” and simply recoup for a while.   “Everything was done by helicopter,” he suddenly recalls. And then, almost as an afterthought, he adds, “Helicopters are a real trigger for me.”
Roger spent 11 months in the A Shua Valley, one of the strategic focal points of the Viet Nam war. And then, with just 20 days left to go on his tour, life took a totally unexpected—yet not uncommon--course.  Those last few days before being sent home are notoriously the most dangerous for soldiers.  “You let your guard down,” he explains.  “You figure you made it, so you stop paying attention.”
On that day, with just 20 days remaining in his deployment, Roger was at Fire Base Katherine.  The VC had mounted a fierce ground attack on the base--shots and explosions were everywhere.   One of the 1st Lieutenants called Roger over, and he had literally taken just a few steps when a mortar round landed directly on the spot he’d just left.  “It blew me up in the air,” he recalls, “and everyone around me hit the dirt.”  If he hadn’t moved, he would have died instantly.  As it was, he got injured—badly injured-- with 9 shrapnel wounds, each one a life threatening injury.  “The only thing that saved me was that they’d already called for med-evacs, so they were just a few minutes away.  If they hadn’t done that, I would have died.  No doubt about it.”
After being flown out, Roger had to spend two weeks in a M.A.S.H. unit before he was stable enough to be moved.  He then spent the next month in Japan, after which he spent a year and a half in Fitzsimmons Hospital in Denver going through multiple surgeries and therapy.  At the end of the treatment, Roger was assessed and determined to be disabled. 100% disabled.
The next 15 years were…difficult.  Roger suppressed a lot of what he’d seen; he kept a lot “bottled up inside”.  He describes this time in his life as if the war was still going on, but this war waged in his soul and had a potential outcome easily as fatal as any he had faced in Viet Nam.   But in the mid-80s, the scars—those deep ones that are far below the surface—began to heal, even if it was just a little.  He says two things saved him:  “getting sober and Jesus Christ. That’s the only way I could do it because I sure couldn’t do it by myself.”
He began to do other things, as well.  He did the “Run for the Wall”—a motorcycle trip that involved 2,000,000 bikers traveling from Los Angeles to the Viet Nam Memorial in Washington, D.C..  He went twice.  “The first time was amazing,” he says.  “The second time was much harder.  That time, I looked up names.”
He went to a few reunions which he says helped, as well. At this point, Betsy, Roger’s wife since 1971, joins the conversation.  “For a long time, I didn’t completely get what he was going through. Going to the reunions helped me to understand.  I listened to what Roger and the others talked about, and I understood more why he felt the way he did.” She then adds, “But it’s still something he lives with every single day.”  She then describes one very special encounter that had enormous healing power for him.
“Roger has always read a lot, and he’s read a lot of books about the war.  He saw that one of them was written by a first lieutenant he knew in Viet Nam. So, we went to see him when he came to town.”
“He was the one who loaded me on the helicopter when I was injured,” Roger says.
“He was so happy when he saw Roger,” Betsy says.  “He said he figured Roger wasn’t going to make it, and he was so happy when he saw he did.  That helped to heal Roger, a lot.”
Eventually, one of the most profound questions of war was asked.  Why did Roger think he survived when so many others didn’t?
There’s a long pause before he answers.  “That’s one I’m still working on.”
Before this article went to press, Roger emailed a quote of special significance to him.  It reads, “Life does not count by years, some suffer a lifetime in a day, and so grow old between the rising and the setting of the sun.”