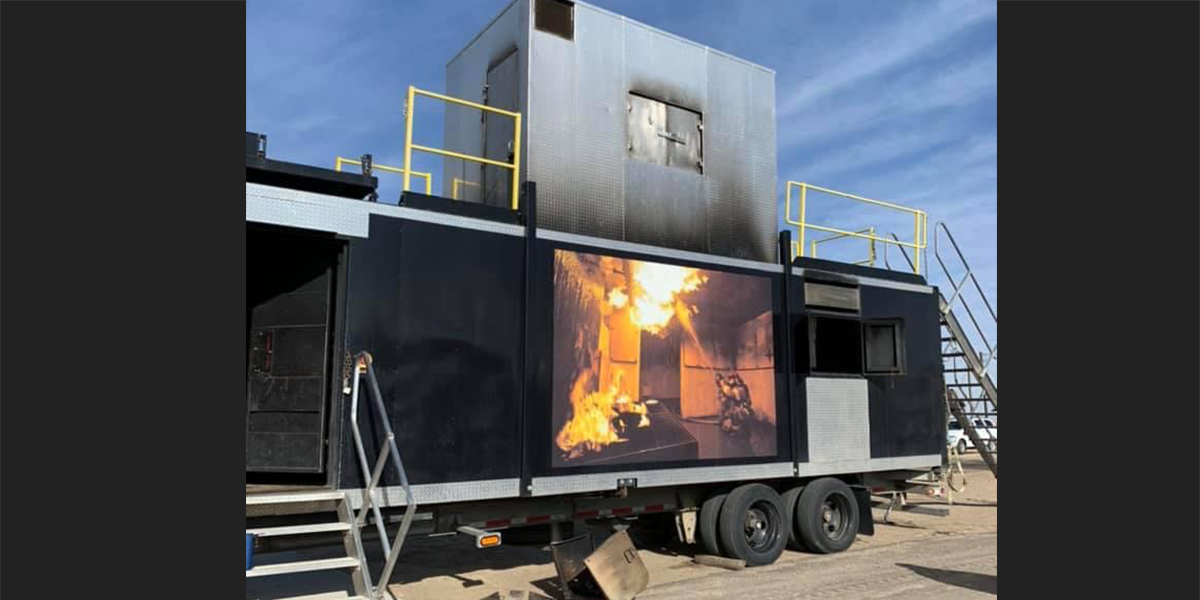 When springtime rolls around it is the beginning of warmer weather, flowers in bloom, trees beginning to leaf out, and the constant prayers for rain. In southeast Colorado as well as many other areas around the state and county, springtime is also the beginning of the dreaded, Fire Season.  The dry weather mixed with the ever so abundant wind is a toxic cocktail that makes brush fires a real concern that the Kiowa County Fire Protection District is working hard to be prepared for.

Since the formation of the Kiowa County Fire Protection District in 2016 there have been many changes and improvements made to each fire station within the county.  The board of directors meets on the third Tuesday of each month at 7 PM in the District Classroom located at 1311 Maine Street Suite #200 to conduct business.  Members of the community are always welcome to attend these meetings to gain an insight as to what is happening within the district.  Each member of the board has ties to our community and some even with experience in fire protection and emergency management.  They include Zach Kopasz- President, Terry Riley- Treasurer, Teresa Witte- Director, Delton Eikenberg- Director, and Jay Specht-Director. The District Chief is AJ McCracken who oversees each station chief in the county and reports directly to the board of directors.

Watson had this to say about his new position, “I’m excited to be the new chief here at the Eads station and hope my leadership and constant involvement will help in the recruiting of new members and getting more involvement from existing members.  I’m proud to be a volunteer firefighter of Kiowa County.”

On March 21, Josh Murphy with the Colorado Division of Fire Prevention and Control brought their Burn Trailer to the Kiowa County Fairgrounds for a simulation training. The Kiowa County Fire Protection District, Cheyenne Wells fire station, and Kit Carson fire station each took part in a 2-story structure fire simulation.

KCFPD chief AJ McCracken said, “At first we ran through it just to get the guys comfortable, then we created a scenario where we actually had Bent County Dispatch, page it out as a structure fire.  The Kiowa County Sheriffs Office, Kiowa County Emergency Manager, and Kiowa County EMS were all on scene, each agency had a roll to play and there were multiple scenarios within the main one so that everyone could benefit from the exercise.”

“The Colorado Division of Fire Prevention and Control has two of these trailers that travel all over Colorado,” Chief McCracken stated, “Kiowa County has been trying for the last 3 years to get one here.  There was no cost involved for the use of this trailer.  We don’t have a lot of structure fires out here, but it is good for the guys to get this kind of training, so they know when to go in, and when they absolutely should not go into a structure that is on fire.”

Chief McCracken indicated that there were roughly 30-40 First Responders that took part in the training from all the different agencies.  “Last year we were able to upgrade our SCBA’s from low pressure to high pressure and this simulation gave us a chance to really put them through their paces, if it had not been for the formation of the district, we would not have been able to make that upgrade that was desperately needed.”

SCBA stands for Self-Contained Breathing Apparatus.  These are devices that are worn to provide breathable air in an atmosphere that is immediately dangerous, such as in a smoke-filled area.

Chief McCracken also said, “It is due to the formation of the district that we are able to purchase at least 3 new pairs of Bunker Gear for our volunteers which is vital PPE for firemen.  We are also able to get proper training for our volunteers so that no one is put in a situation they are untrained for.”

The Kiowa County Fire Protection District is gearing up for Fire Season and looking for volunteers all through the the district.  The district encourages anyone 16 years of age and older, female, or male, who may be interested in becoming a volunteer firefighter or in getting more information about the requirements and expectations to please contact District Chief AJ McCracken at 719-688–8655. Do not let the fear of standing out hold you back from an opportunity that could change your life and save someone else’s.