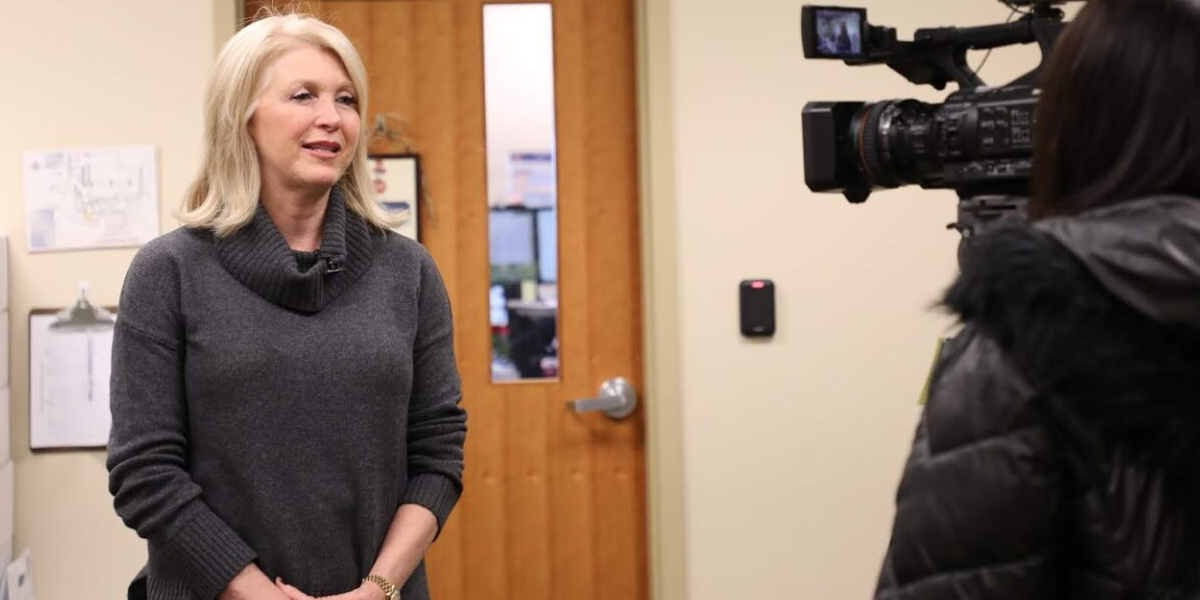 Last week Colorado election security issues and an ever-growing grassroots belief that the 2020 election was tampered with came to a head as a bombshell claim by Colorado’s Democratic Secretary of State Jena Griswold indicated the Mesa County Clerk & Recorder Tina Peters had leaked the BIOS passwords of the Dominion election equipment used by her county.  Peters arrived on stage at a three-day Cyber Symposium in Sioux Falls, South Dakota as a whistleblower stating Griswold had ordered a “raid” of the Mesa County Clerk & Recorder’s Office while the Clerk, Tina Peters, was on a plane headed to the Symposium in South Dakota. Peters, a staunch Republican, while on stage at the Symposium stated she believed she was being set up by the Secretary of State.

The next day, live on the symposium stage two forensic images of what was identified as Mesa County’s election information was displayed.  The left side included an image taken in May 2021 prior to a May 25th ‘trusted build’ that was conducted by the Secretary of State’s office and Dominion employees.  The right side was an image taken after the trusted build.  Cyber analysts on the stage agreed that the image taken after the trusted build showed election data had been altered or, in some areas, deleted. 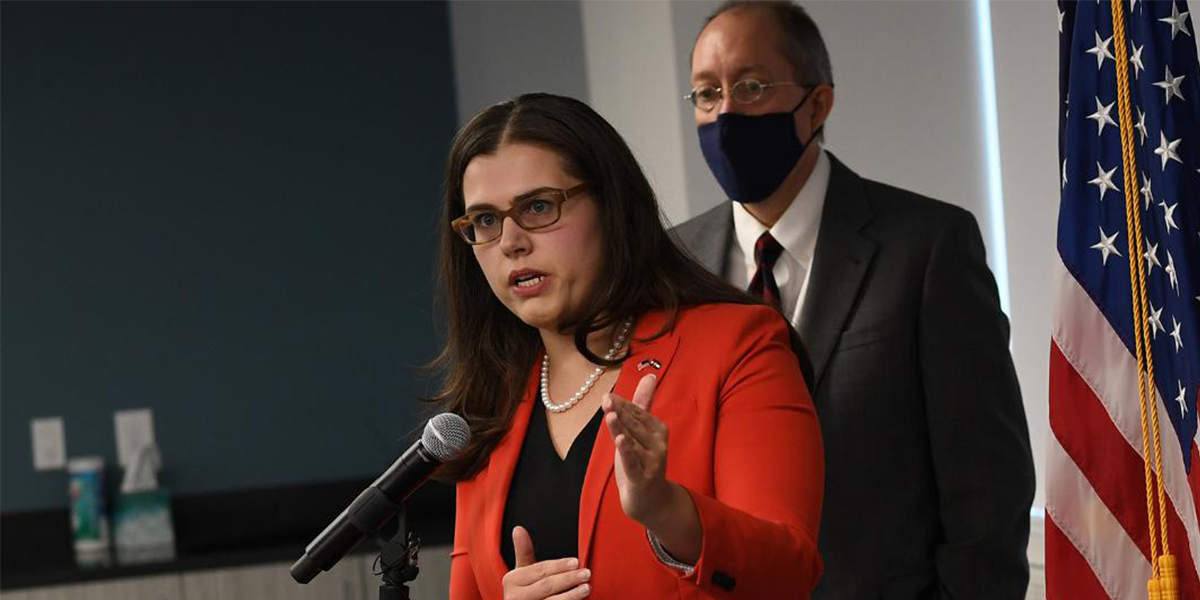 As the week progressed, Griswold’s office made more statements to the press and then held a press conference on Thursday where she stated Peters had allowed an unauthorized person to be present during the trusted build of the Dominion machine located in the Mesa County Clerk & Recorder’s office.  She believed because of the person’s presence the voting machines and equipment, 41 pieces in total, would have to be decertified at a substantial cost to Mesa County.

In a press release by the Secretary of State’s office on Monday, August 16, more details were given about the breach stating, “One of the hard drive images is believed to have been taken on May 23. New information acquired during the Department of State’s investigation reveals that the secure room where this election equipment is stored was accessed on the evening of Sunday May 23, 2021, outside of normal work hours, by the Mesa County Clerk Tina Peters; Gerald Wood, the unauthorized individual who attended the Mesa County trusted build; and another Mesa County Clerk and Recorder employee.”

However, the release also said that although Griswold had “alerted the Director of the U.S. Cyber Security and Infrastructure Security Agency (CISA), which is an agency within the U.S. Department of Homeland Security, of this aspect of Mesa County Clerk and Recorder’s Office security breach. CISA has confirmed that it does not view this breach as a significant heightening of the election risk landscape at this point.”

Griswold indicated today that under her authority she is now determining who to appoint to supervise Mesa County Elections.

The press release by Griswold did not mention Peters’ claim that at the trusted build the election information was altered or deleted.

Although Peters had not talked to the media in Colorado, she did state at the symposium last week that she had received a number of inquiries from citizens concerned about election security.  When she received the email from the Secretary of State’s office indicating their office and representatives from Dominion would be conducting a trusted build in May, she immediately was suspicious.

Griswold has been under fire by conservatives nearly from the start of her tenure after being elected in a surprise win over Republican incumbent Wayne Williams in the 2018 election.  During the heated presidential election of 2020, Griswold pulled no punches as to where her loyalties were as she used her office’s far-reaching mega horn to complain about President Trump and his complaints about election integrity.

On August 13, 2020 Griswold sent out a press release to all of Colorado’s media outlets complaining, “The President stated that he’s withholding U.S. Postal Service funding to prevent vote by mail. This is voter suppression. It’s voter suppression to undermine the safest method to vote during a pandemic, and force Americans to risk their lives to vote. Colorado’s election model is the nation’s gold standard, and we use both mail ballots and ballot drop boxes. Our use of drop boxes is even more crucial as the U.S. Postal Service is under attack.”

However, Trump was talking about a multi-million dollar budget bill that was being proposed at the time and included other items Trump did not support.  He did demand that the post office be more efficient and was being operated poorly as a business.

Again, on September 3, 2020 Griswold sent out a press release complaining about Trump’s statement to voters instructing them to vote twice.  Trump had tweeted, "Vote as EARLY as possible."  Then, he said, "On Election Day, or Early Voting, go to your Polling Place to see whether or not your Mail In Vote has been Tabulated (Counted)."  He said that if voters are told that their ballots had already been tabulated, "you will not be able to Vote & the Mail In System worked properly."But if voters are told that their ballots had not been counted, they should vote in person at their polling places, then they will delete any duplicate ballot.”

Griswold’s press release concerning Trump’s tweets read, "Correcting misinformation about our elections is an important part of the job that I was elected to do by Coloradans. 2020 has been unprecedented in so many ways, but I never imagined that as Secretary of State I would have to inform both the President and the U.S. Attorney General that it is illegal to vote twice.”

"The President’s statement yesterday instructing voters to attempt to vote twice, and the Attorney General’s stated ignorance on the illegality of voting twice, encourages illegal behavior intended to undermine confidence in elections. In Colorado we take attempts of double voting seriously, have preventative safeguards in place, and refer any suspected cases to the Colorado Attorney General or county District Attorneys for legal enforcement."

After the election Griswold sent out another press release on March 2, 2021 concerning the Democratic stronghold House of Representative’s push to pass the “For the People Act of 2021” that most conservatives believe will federalize the voting system taking control away from the states.

Griswold’s statements read, “Colorado Secretary of State Jena Griswold has joined Secretaries of State from across the country to express support for the “For The People Act of 2021” (H.R. 1), which modernizes election systems while increasing election access and security nationwide.

“While the 2020 elections were the most secure in American history, they showed that we cannot take our election processes for granted,” said Secretary Griswold. “That’s why my fellow Secretaries of State and I are adamant in our support of the ‘For The People Act.’ This bill builds on the successes we saw last fall while conducting elections in the face of a worldwide pandemic to guarantee American voters the election access they deserve.”

By June 9, 2021 Griswold’s press release touted the partisan voting laws that the Democratic legislation in Colorado passed and made clear that conservative voting provisions were not included.

“The Secretary of State’s Office also worked closely with legislators to defeat a number of bills that served to undermine Colorado’s election processes by suppressing access to the ballot box.  These bills included provisions to require that every Coloradan in the state physically travel to their county clerk’s office to provide proof of citizenship in order to cast a ballot; roll back vote-by-mail across the state of Colorado; and allow any voter in Colorado to request costly and unnecessary recounts, among other things.”

The conflicts between the Secretary of State’s office and hundreds of Colorado citizens began to heat up in mid-June when dozens of requests for forensic audits in Colorado counties were requested.  On June 17, 2021 the Colorado Secretary of State’s Office adopted emergency election rules prohibiting third-parties from accessing voting equipment in the state of Colorado in reference to the ongoing forensic audit in Maricopa County, Arizona.

“Colorado’s elections are considered the safest in the nation, and we must remain steadfast in our dedication to security,” said Secretary of State Jena Griswold.  “Along those lines, no third-party person or vendor will be permitted access to voting equipment in our state.  We will not risk the state’s election security nor perpetuate The Big Lie.  Sham audits have no place in Colorado.”

By June 26, 2021 Griswold was claiming via her media releases that threats were being made to the Election judges and clerks across the state.

The secretary of state’s office declined to share details about the threats. According to a Newsline survey of the state’s 64 county clerks, the overwhelming majority among the roughly half who responded did not receive threats or requests for third-party audits, but some county clerks have reported a range of menacing encounters.

Griswold told CNN that the emergency ruling is necessary “to protect our democracy.” Without grounds for investigation, Griswold said “sham audits” are being used to undermine election confidence: “Through the undermining of confidence in elections, some of the partisan GOP members are really setting the stage for further voter suppression.”

Then by August 3, 2021 the SOS office held a public rulemaking hearing in order receive comments on proposed amendments to the Colorado Election Rules.  As part of the process the SOS office was required to seek input from Colorado voters.  A quick check on the Secretary of State’s website listed more than 1,100 voters from across the state filing complaints in order to contest the legality of the new amendments.

The Secretary of State’s rulemaking hearings are normally relatively quiet affairs, but the persistent falsehood that the 2020 presidential election was stolen — and associated misconceptions about Colorado elections — drove dozens to testify against the proposed rule changes for more than four hours on Wednesday.

“I publicly dare any public official to call me a conspiracy theorist when I speak to my concerns with our election and election system,” Colorado resident Shawn Smith testified at the online hearing, calling several of the proposed changes “bogus” and “unconstitutional.”

“No private entity gets to audit itself and then proclaim itself the gold standard,” said Shawn DeMarco, referring to the risk-limiting audit process used in Colorado. “Elections belong to we the people. Transparency is how we the people trust our government.”

As the firestorm increases across the state of Colorado as it comes to election integrity, here in eastern Colorado we too need to examine what happened at the local level.  Local counties, including Kiowa County, have purchased Dominion election machines and an unexpected trusted build was conducted this spring.  The Independent has submitted a FOIA request for more information about the Dominion machine in Kiowa County and have sent Kiowa County Clerk and Recorder’s office a series of questions about election processes and security.  Delisa Weeks, Kiowa County Clerk, indicated on Monday her office is working on providing answers and information requested.  The Independent hopes to have a more localized story about how our election worked in 2020 next week. 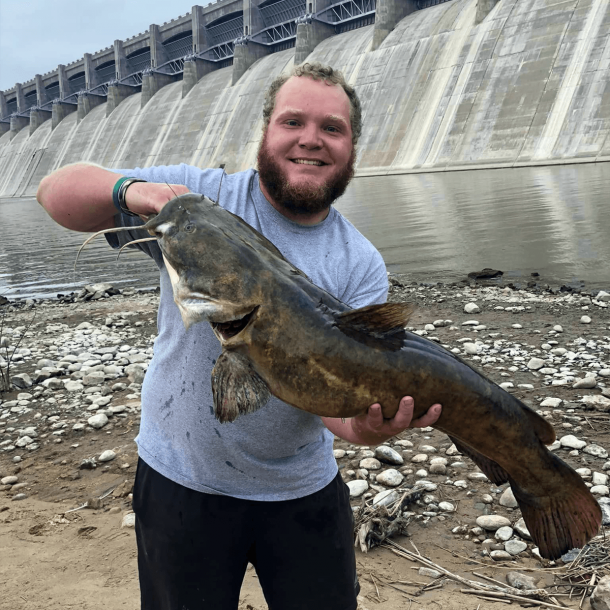 End of Summer Fishing Expedition Lands a Near R...

August 10, 2022 | Betsy Barnett | News
Trey McDowell and Hadlie Rittgers graduated as high school sweethearts from Eads High School—he in 2018 and she in 2019. They then attended Adams S... 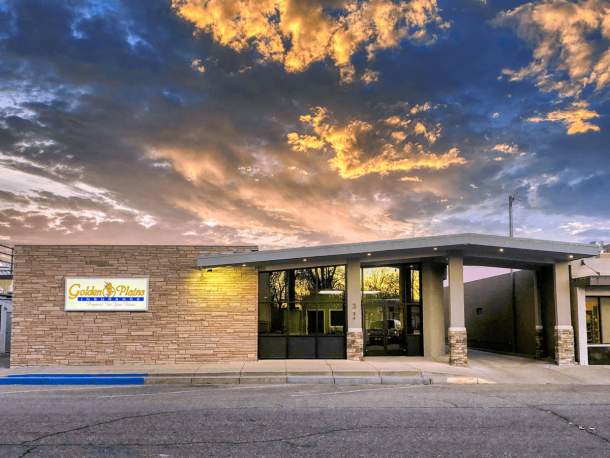 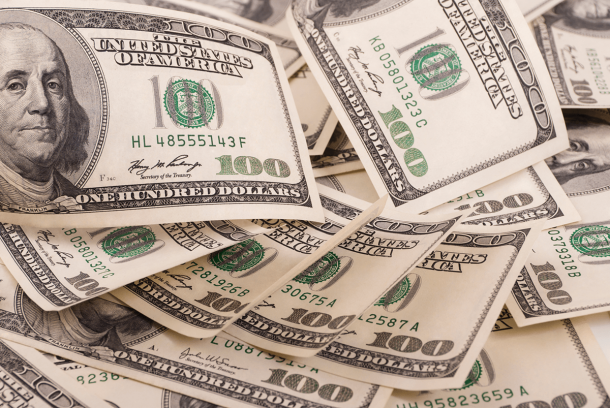 August 10, 2022 | Administrator | Sports
The Lamar High School softball team heads into the 2022 season with high expectations. Austin Adamson heads into his fourth season at the helm as ... 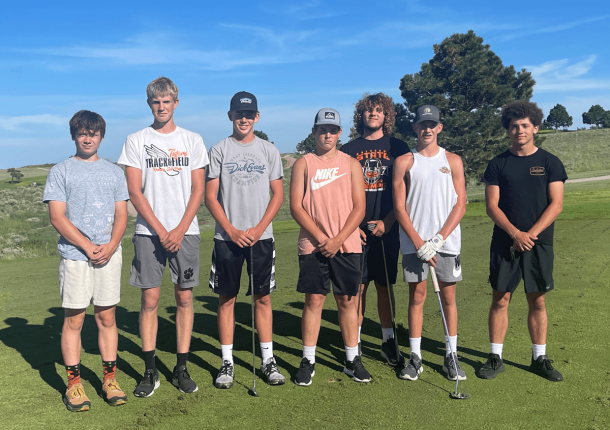