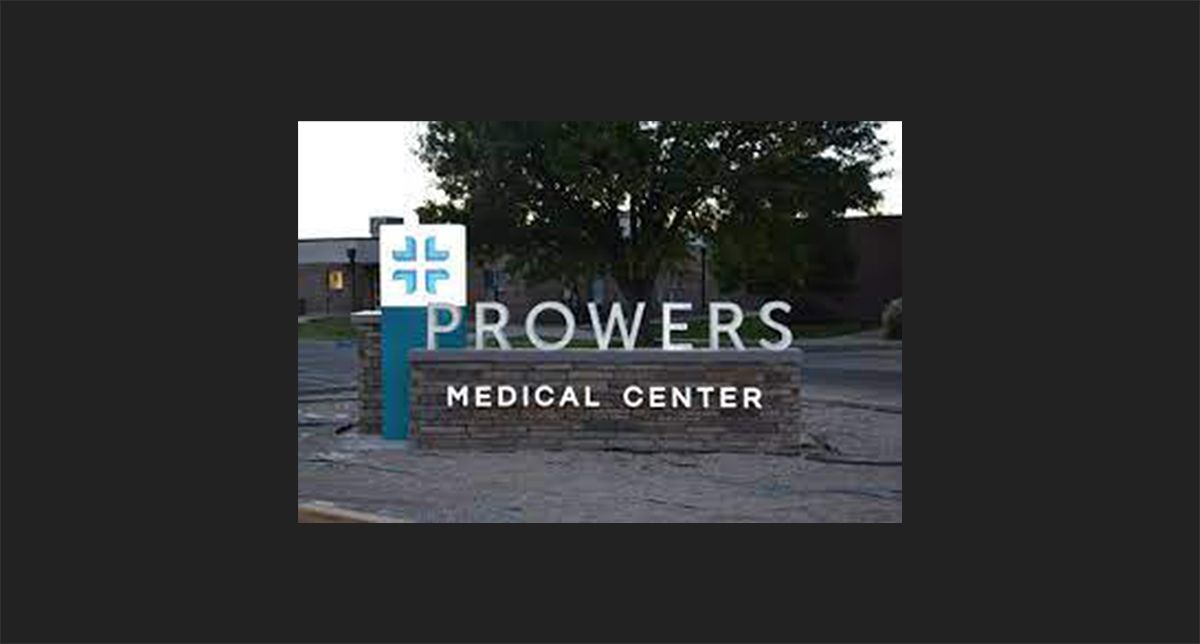 Polis couldn’t be more wrong and out-of-touch with rural Colorado.

Last week Julie Martin with KKTV asked Governor Polis what he thought of the Otero County Commissioners signing a Resolution opposing the state vaccine and mask mandates for their county.  Martin further informed Polis that the Arkansas Valley Medical Center in La Junta had stated they will lose at least 26 nurses if they’re not exempt from the vaccine mandates.  She then asked Polis, “What do you have to say to the rural communities struggling with these mandates?”

Polis commented, “First of all they’re directing their attention the wrong direction.  They will lose federal Medicare and Medicaid funding without which they don’t have a viable business model if they don’t accomplish the vaccination of their staff.  And we do hear from many of the health care workers in Otero County and a vast number across the state.  They say they are relieved that a handful of their colleagues who haven’t been vaccinated will either be gone --- removing that threat from the workplace--- or get vaccinated.  So, I think what we hear from rural Colorado is a collective sigh of relief from the vast majority of health care workers in rural Colorado who are already successfully vaccinated.”

All week long, however, rural Colorado made sure they were heard, but it was hardly a “collective sigh of relief” that Polis so disingenuously described.  It was more like a loud roar as community after community held board meetings trying to understand what was going to happen to their workforce.

As of press time on Monday three southeastern Colorado counties have passed resolutions against vaccine mandates and has no intention of using limited county resources to enforce any vaccine or mask mandate.  More counties have the resolution on their upcoming agendas.

The controversary began on September 9th when President Biden announced to the country that he was enforcing a vaccine mandate for every health care worker in the country.  Further, he was requiring federal workers and the military to be vaccinated or face losing their jobs.  Finally, Biden is trying to use OHSA to enforce mask and vaccine mandates onto the employees of larger companies in the private sector.

Colorado’s Governor Polis had already asked the CDPHE to consider mandated vaccinations for all health care workers on August 17 in a letter sent to the state health officials.

On August 30, 2021, the Colorado Board of Health adopted an emergency rule, 6 CCR 1101-1, Chapter 2 Part 12, mandating that all employees, direct contractors, and support staff in licensed healthcare settings in Colorado receive their first dose of the COVID-19 vaccine by September 30, 2021 and be fully vaccinated no later than October 31. All covered employees are also required to obtain a subsequent, or booster, dose of the COVID-19 vaccination should one be recommended by the Advisory Committee on Immunizations Practices within the CDC.

The new mandate also caused a whole lot of work for facilities such as the Kiowa County Hospital District in Eads, Keefe Memorial Hospital in Cheyenne Wells, the Arkansas Valley Medical Center in La Junta and the Prowers Medical Center in Lamar.  These entities must report their percentage of vaccinated workers and give details on the kinds of exemptions they are accepting and what “measures were taken by the employer to protect clients and members of the public from exposure by unvaccinated individuals.”

Each facility must report bi-monthly on the 1st and 15th of the month about their rate of vaccination and the status of their exempted employees.  It could take up to 90 days ---- that’s three months ---- before the state comes in and determines whether these rural hospitals are doing their “due diligence” as it comes to the state’s mandates.

According to Kiowa County Hospital District CEO Charlene Korrell, “No one quit.  We’re currently at 57% vaccinated so we accepted all the medical and religious exemption forms filled out.  We filed a waiver with the state on our exemptions.  Because we probably may not be able to meet their very strict requirements on exemptions, we went hard on the testing part.  Currently, all unvaccinated exempted employees will have to test before they start each shift.”

As part of the fall out of this mandate situation, the Eads Hospital Board was informed that officials at Prowers Medical Center in Lamar had been on a call with Eads staff on Tuesday and they were informed that PMC was not taking any referrals because of staffing issues.  Information was also expressed that the area hospital OB departments may not be able to stay open in Lamar, La Junta and Burlington leaving a desert for birthing options from Lakin, KS to Pueblo, CO.

At Keefe Memorial Hospital in Cheyenne Wells the same approach was taken much like their counterparts in Kiowa County.  A hospital spokesman said, “We took all the exemptions.  The religious exemptions took more paperwork, but we accepted them all.  We’re still developing our testing strategy. We are trying to find clarification from the state, but they aren’t meeting until near the end of October.”

It remains to be seen what will happen to the medical facilities in most rural areas, including La Junta, who accepted the exemptions in order to keep their doors open.  Time will tell whether the state will actually, on purpose knowing what is at stake, deny all the exemptions which will literally put rural Colorado health care out of business.

Prowers Medical Center, in taking a chance that this is exactly what the state will do, caused a significant uproar in the community of Lamar.  So much so that over 200 people showed up for a special Prowers Medical Center board meeting complaining about the fact that only one exemption, a medical exemption, was given out of the 23 employees who actually applied for the exemptions.

Further, the vast understanding seemed to be that department heads at PMC may have told their workers, “There’s no need to apply for an exemption because they won’t be giving them.”  The administration denies that was said, but those in attendance were adamant that was their understanding.  They were so upset they asked to be allowed to file an exemption now, despite the fact that the deadline was past.  The administration denied that request in the meeting.

The meeting lasted for nearly 3 hours and during that time dozens of people spoke in front of the board or on the phone about their many concerns associated with what these mandates will do to their families, their careers, and the community.

In one heartbreaking statement, a young pregnant employee informed the crowd that her exemption was signed by a medical doctor who was concerned that the CDC is still undergoing studies in the possible affects of the vaccine given to pregnant women.  It was revealed that actually there were 5-6 pregnant employees, all with signed exemptions from medical doctors, who were denied.

Their biggest complaint was directed at the administration of the hospital including Karen Bryant, CEO and Tina Sandoval, Chief Clinical Officer because of the way the exemptions were handled.  The people felt as if the leadership had taken the local control out of the decision by hiring an external panel of board certified medical doctors, as stated in the meeting, and it backfired as no one was approved.  That meant they all, except one, would lose their jobs on October 1.

CEO Bryant made a statement to the Independent upon inquiry about why and how the exemptions were taken out of the control of local decision makers and determined by others who do not know or understand the special needs of rural healthcare facilities.

“Prowers Medical Center has established service agreements with various entities to provide either consultation or other healthcare services.  Because of these established partnerships, the Hospital routinely receives expert opinions and advice on various patients and/or projects.  Our panel of Medical Doctors is associated with these established service agreements and included those who have expertise in the fields of Infectious Disease, Emergency Medicine and Family Medicine.  The cost of providing this review of documentation was no more than what is included in the respective service agreements when the individuals associated with these entities are called upon to provide consultation or other healthcare services.

Prowers Medical Center sought consultation and employment law advice from the state’s Employers Council and a law firm in Denver for the review of the religious requests for exemption.”

At 10:30 pm the Prowers Medical Center board went into executive session that lasted quite a bit longer as the hundreds of upset employees and family members went home with the question of their livelihood still up in the air.

After much deliberation, the board announced they had conceded for the time being and have kicked the can down the road until October 31.

The official statement read, “Unvaccinated employees whose exemption requests were denied, were scheduled by our policy to terminate employment on 9/30/2021.  This Board, after hearing comments from our community and with much thought, and input from our legal counsel, has decided to extend these individuals’ employment until 10/31/2021, if and only if they agree to COVID testing twice per week and remaining masked at the workplace.  We made this decision based on the legal interpretation that the mandate requires 100% of employees to be fully vaccinated by 10/31/2021, which could include one shot of the J&J vaccine by that deadline.  To be clear, the exemption requests that were denied are not changing, and if those employees are still not vaccinated by 10/31/2021, and/or, if the rules of the state mandate do not change by this date, their employment will terminate on 10/31/2021.”  The statement then referenced the pregnant employees who had signed exemptions from their medical doctors, “Additionally, we have enacted an accommodation for the pregnant female employees which our administrative team already had in the works prior to last night’s meeting.”

In this ever-changing political landscape, a month, until October 31, is a long time and anything could happen by then.  In the meantime, for unvaccinated healthcare workers in rural southeastern Colorado this will be a long month of being subjected to countless testing swabs and delays.  Time will tell if healthcare in this area will survive the onslaught or not.