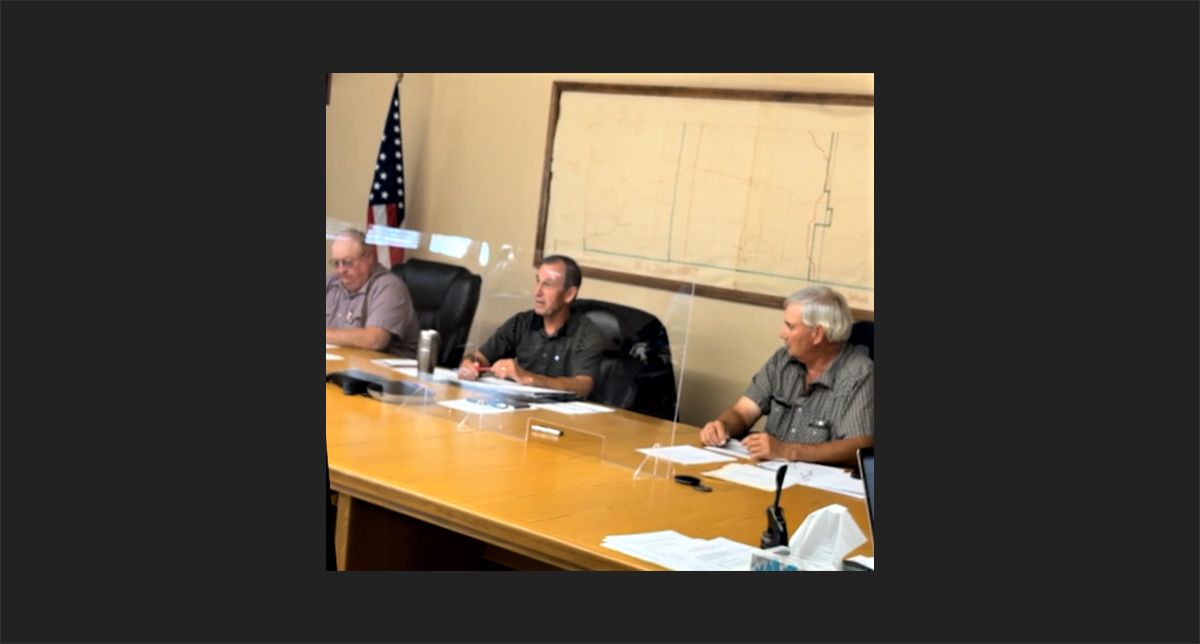 Kiowa County Board of County Commissioners take a stance on Vaccine Mandates.

While we still have not heard if Bent County has adopted said resolution, we do have developments here on our home front in Kiowa County.

On Thursday September 30, 2021, The Kiowa County Board of Commissioners met for their regularly scheduled BOCC meeting.  At approximately 3 PM as per the agenda, the meeting turned to the last item of business, a resolution concerning vaccine mandates, and public input on such matters.

There was approximately 20 community people in attendance at this meeting and several chose to step up to the podium to speak. Cassie Frey, who has now quit her nursing job at Weisbrod Hospital due to the over-reaching mandates spoke to the board about the dangers of losing our freedoms, particularly that of choice when it comes to making decisions about ones own health.

“I’m looking around the room and I don’t see any hospital employees or CEO…I would think that would be pretty important to be here and represent the hospital to you guys about this situation and not just through an email and a letter.” a frustrated Frey stated as she addressed the board.

After the input from the public, the BOCC voted unanimously to adopt RESOLUTION NO. 2021-12 A RESOLUTION CONCERNING VACCINE MANDATES, which in-part says,

“Whereas, Kiowa County does not have the resources to enforce State and Federal Mandates, and does not intend to use its very limited resources to enforce any vaccine mandates issued by either the State of Colorado or the United States Federal Government, and would encourage all elected officials to refuse to require or to enforce the same.”

This makes Kiowa County one more strong held county in Southeast Colorado who will stand for the people and not for the big government who is misrepresenting their communities.

Also, during the meeting, Commissioner Donald Oswald made a statement that on May 27, 2021, Kiowa County Board of Commissioners signed and adopted RESOLUTION NO. 2021 - 6 RESOLUTION CONCERING CONSTITUTIONAL RIGHTS AND PROTECTIONS GUARANTEED BY THE UNITED STATES CONSTITUTION AND THE CONSTITUITON OF THE STATE OF COLORADO.

Last week we reached out to Governor Polis’ office for a statement about the crisis in which will ensue in rural healthcare concerning vaccine mandates, and how the Governor will handle the backlash.

The official statement from Governor Polis’ office comes from Vanessa Graham a spokeswoman inside the governor’s office, “Governor Polis remains committed to protecting all Coloradans from this pandemic, especially the state’s most vulnerable Coloradans who visit hospitals for needed medical care. People choose to work in the health care industry to save lives, not jeopardize the lives of those who have no choice but to be in their care. Health care workers that refuse the lifesaving, free COVID-19 vaccine are essentially firing themselves because putting other people’s health on the line is not acceptable.”

While this statement did not answer any of the questions that were asked and did not address the issue of how the Governor’s office will handle the healthcare crisis, it did speak volumes to where Governor Polis’ office stands on the healthcare workers who for the last 20 months have been the heroes of our country.

These healthcare heroes who are essentially “firing themselves”, showed up to work instead of taking the $600 unemployment boost, they wore masks that would over time blister the backs of their ears and put on and take off PPE gowns and gear over and over to insure not only their own health and safety, but the health and safety of those individuals who were in their care.

These healthcare heroes have dodged one deadline to get vaccinated but how long until the State of Colorado shows up and refuses to accept the waivers and the exemptions that the hospitals and staff have applied for?

With the idea of county resolutions coming by way of demands from the citizens, to attempt to protect the county and local employees and citizens in general of our communities, perhaps it is time to look forward to a broader horizon.

It is hard for one rural county or even two rural counties to take on the whole state, but if all the rural counties of southeast Colorado were to adopt resolutions to stand together as a Constitutional Coalition against the mandates that come down from the urban populated capitol, perhaps rural Colorado would have a fighting chance.

To read Resolution No. 2021-12 in full please visit the same website.