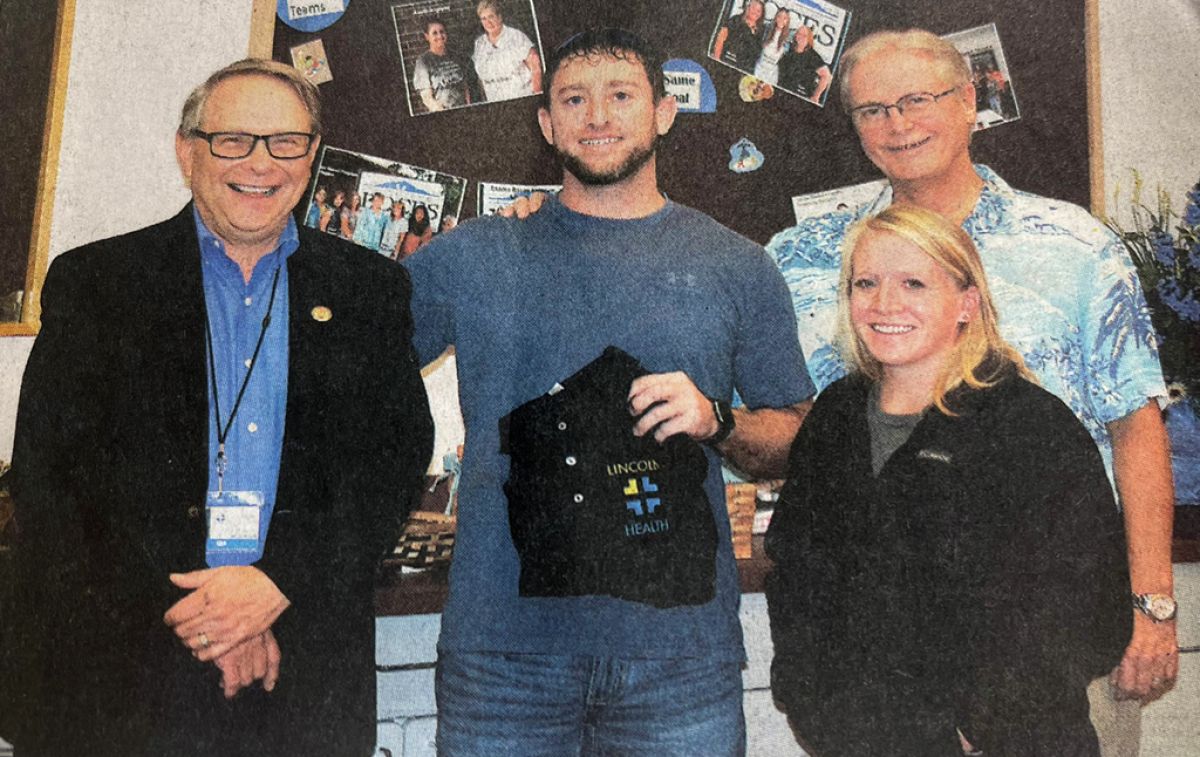 Dr. Glen Cranford, DO, an Emergency Room doctor at Lincoln County Hospital, was recently honored with recognition for “outstanding patient care provided on May 20, 2021”. Cranford and his team provided the initial medical care that saved the life of Deputy Michael Hutton who was shot three times last May.

In the early morning hours of May 20, 2021 an emergency call came in reporting someone trying to break into a semi-trailer outside of Limon in eastern Colorado. Deputy Michael Hutton responded to the call and was met with gunfire upon his arrival. Deputy Hutton was shot three times in the torso, the arm and the hand during the ambush. Hutton had enough presence of mind to call in the report and then alert his fellow officers and EMT workers where he was lying, hidden in the fog, by shooting off his gun into the ground when they arrived.

The EMT crew rushed Hutton to the Lincoln County Hospital in Hugo where Cranford and other professionals awaited him in the Emergency Room.

After being stabilized in Hugo, Hutton spent nearly a week at Swedish Medical Center and finally emerged from Swedish to cheers and a welcoming line along the highway of police officers and well-wishers as he arrived back to Lincoln County on May 25. Lincoln County Captain Michael Yowell said on the day Hutton was released from the hospital, “It is an honor, and it is a privilege to be here today to get him home.”

On September 15 Hutton was able to return to duty and was thanking the many people who had played a role in saving his life, including Cranford, on that foggy May morning on Highway 287.

Dr. Glen Cranford, DO is originally from Eads and has a large number of friends and relatives who still live in the area.