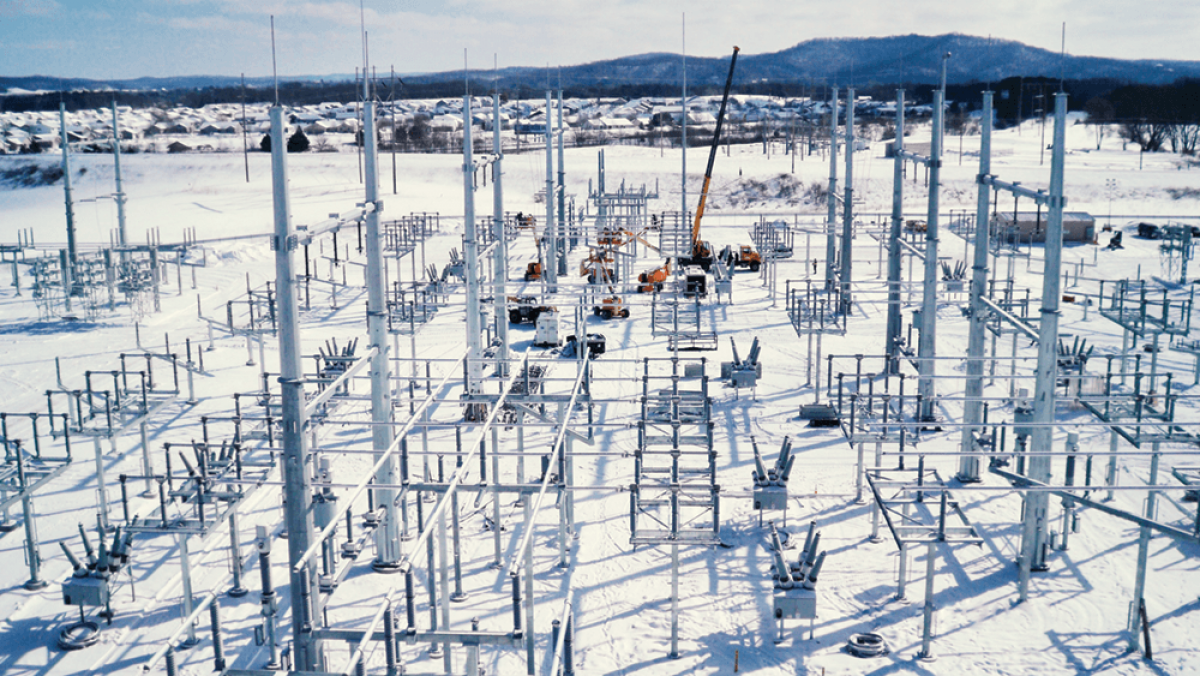 The CapX2020 Briggs Road Substation is built in Holmen, Wis.

Approximately 75 people attended an informational meeting hosted by Xcel Energy on Thursday night at the Plains Theater in Eads. The attendees were there to learn more about a massive energy infrastructure project being developed by Xcel Energy called Colorado’s Power Pathway. Most people entered the meeting with negative opinions of the project, but after learning more about the possibilities for the county and all of eastern Colorado, most left with a sense of positivity toward the future.

The project’s proposed 345-kilovolt transmission system will connect eastern Colorado to the Front Range. While routes for transmission lines have yet to be determined, it appears the new infrastructure will span more than a dozen counties, primarily in eastern Colorado. Xcel states on the project website, “Portions of the transmission line in Morgan, Washington, Yuma, Kit Carson, Cheyenne, Kiowa, Crowley and possibly Prowers could be in service as early as 2025 with the remainder of the project completed in 2026 and 2027.”

Heather Brickey is the Pathways project manager for Xcel Energy from beginning to end. During the Eads meeting at the Plains Theater, Brickey gave an interview to the Independent in order to describe the upcoming project.

Brickey indicated, “The Colorado’s Power Pathway is a proposed 550 mile transmission project around this part of the state. The backbone of the project includes the big boxed area, and we also have the option to include the May Valley Longhorn leg from Lamar to Springfield within the project. That will be decided after we collect all the necessary data.”

The main backbone project will cost Xcel Energy an estimated $1.7 billion. If they add the May Valley Longhorn leg the cost will balloon to an estimated $2 billion.

Brickey then explained the process on developing the exact location of the towers which as of now has not been determined. At this point many options are still on the table. Brickey explained, “We started looking at routing and siting the line earlier this year.” She indicated on the maps there is a lighter area that represents a 20-mile possible corridor. “Within those areas we have collected data such as land use requirements, environmental concerns, development infrastructures, historical considerations- – everything we could find publicly. Then we started narrowing our focus looking for opportunities and constraints. So tonight, we are trying to get input from the community which will help guide our decision for the final proposal.”

A possible substation is indicated for Kiowa County and may be placed somewhere between Sheridan Lake and Brandon, but south toward the county line. Brickey indicated the substation will sit on about 6 acres when the site has been determined.

The meeting in Eads was Xcel’s last meeting for selection part of the project. They will now gather all the information including comments, questions, and the information they have found in order to start narrowing and determining what will be the final pathway. Brickey indicated, “The final proposal will be available in the first part of 2022 so by late February or early March we’ll be back here to share the proposed routes with the community.”

At that point, during 2022, Xcel will begin doing land surveys, talking to owners and starting the permit applications. Somewhat later workmen will come out to microsite the structures and to make sure the pathway is clear. Brickey said, “We’re hoping to start the applications in mid-2022 and push into 2023. It depends, but we want to do as much of the early work as we possibly can.”

The land lease will call for easements of 150 foot right of ways. The contracts will be non-exclusive meaning the land can still be used for different agriculture purposes. The right of way will include a 2-track trail that will run under the lines. Steel poles of 105 to 140 feet tall, depending on terrain, will be placed 950 feet apart. That is 5 poles per mile. The poles will have a double circuit on each side of the structure with connection points for two wires on each side.

Some people at the informational meeting in Eads were concerned with EMF transmissions that might hurt cattle or humans. But Brickey indicated that, “Many studies have really proved there is nothing harmful. EMF is everywhere including all of our homes as we use the microwave or vacuum.”

The project work will be done by unionized professional trademen hired by Xcel Energy. There will be 20-50 workers in different crews in the county at any given time once the work begins. Temporary housing may be an issue, but Brickey indicated the workers were well-equipped to live in different living circumstances. When the line is finished, there may be a handful of maintenance workers for the project scattered along the line. The maintenance will be the responsibility of Xcel Energy and local power companies will not have any access to those transmission lines.

Nevertheless, during the 2-3 years that the transmission line is being constructed the counties involved will benefit from workers purchasing fuel, food and lodging.

As the building of the transmission line begins, they will start with civil access, then develop roads and gates for access. Then the foundation crews will come in to pour the holes and set the poles. The attachments on the poles will be added, and then the final wire pull will complete the work.

One of the main questions that came out of the meeting on Thursday concerned the landowner’s options if the transmission line is scheduled to go across their property. Brickey indicated, “Xcel has the right to condemnation, but we try very hard not to get there and we always try to find a route where people want to work with is.”

She also indicated that no lines will go through towns, and the routes will be planned to go around the small towns along the pathway.

All three county commissioners were at the meeting on Thursday. Commissioner Mike Lening stated, “It’s a big win for the county. Just the transmission line will be an amazing asset for us. They have to pay a percent of what the project costs. And then if we actually get wind or solar then that will move our county into a whole new level of economic development. The wind and solar development will mean more taxes.”

Lening emphasizes that the Xcel Pathways project is the key to economic development for the eastern plains. With the infrastructure in place, there will be many wind and solar companies building in the counties if they can connect to transmission lines that will take their products to the front range.

It is estimated that 650 people could be employed in order to install the wind and solar structures. After they are installed, there will be upwards of 35-50 new jobs in the county in order to maintain the systems.

Lening summized, “Like everything, the farming has changed, and we have less people. We need to diversify and use what we have—which is wind, sun and a lot of land—to move forward into the future. In my opinion, we need this desperately.”

Lening finished by saying, “We’re going to get busy.”

Commissioner Donald Oswald agreed stating, “There’s a lot of potential for landowners and residents of our county should this come to be. The leases for landowners from Xcel Energy and the renewable energy companies could be substantial. The spin-off of wind and/or solar generation being constructed will be the real benefit to the county. Initially, Kiowa County will collect a 1% impact fee from Xcel Energy for the transmission line infrastructure. Once the wind and solar projects are constructed, state assessed property tax that will increase our tax base substantially.”

Information on the Colorado’s Power Pathway project can be accessed online at xcelenergy.com.