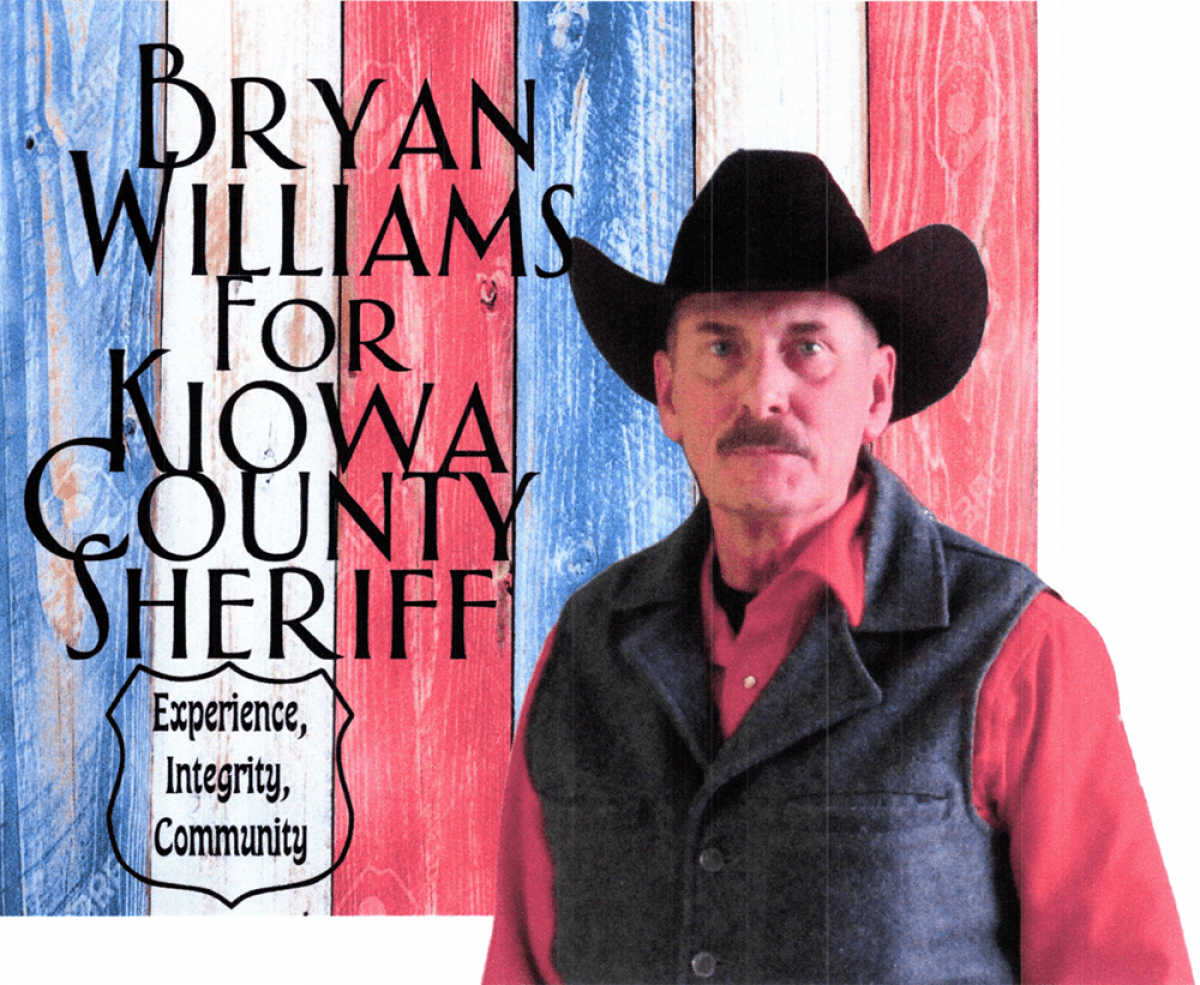 Bryan Matthew Williams was raised in Douglas County Colorado and graduated from Douglas County High School in Castle Rock in 1979. After his graduation Bryan lived in several different areas around the country and ran several successful businesses. But one day, Bryan realized that doing what he was doing just was not enough for him, so he took a leap of faith and joined the Marine Corps.

Bryan served with the Marine Corps for 4 years on active duty and during this time he was part of a security forces company on the West Coast, then transferring to an infantry unit at Camp Lejeune in Jacksonville, North Carolina, he remained there until the end of his active-duty career.

For the next two years Williams was a Marine Corps reservist and returned home to Colorado where he began testing with any law enforcement agency that he could. After nearly a year of processing, background checks, and credentialling, Bryan Williams was offered a conditional offer of employment with the Colorado State Patrol in June of 1993.

He attended the Colorado State Patrol Academy in Golden, Colorado and began his long career as a State Trooper for the State of Colorado.

In his 23 years of experience Williams worked in areas such as the metro area in Golden Colorado, as well as spending 4 years in Fairplay, Colorado and a year patrolling the toll road in Denver until that post was closed. At that time Bryan was advised by a good friend to check out the listing in Eads, so with that advisement he and his wife Cindy came to Kiowa County and looked around at what the area had to offer.

“We came to Eads, and we liked what we saw.” Williams said. Not a lot of people request Eads for their posting, so Bryan was fortunate enough to have his transfer approved to the Eads post.

Williams and his wife Cindy, who was also in law enforcement and worked under former Kiowa County Sheriff Gary Rehm for a time, moved to Kiowa County with their daughter Andrea. And just like that a long career patrolling the highways in Southeast Colorado and creating a home within the community he swore an oath to protect and serve was born.

During his time at the Eads Post, Trooper Williams oversaw patrolling an area from the Oklahoma state line all the way to the Lincoln County line and he quickly became very familiar with the area and communities within his posting.

After 23 years, 14 of which were spent serving Kiowa County, and with the love and support of his wife Cindy and their daughter, it was time for Bryan to hang his hat and retire in 2015. However, we use the term retire loosely as Bryan is still active in his community and owns a farm/ranch right here in Kiowa County that he and his wife tend to each day.

“Even though I loved what I did, it was time. I didn’t want to miss anymore birthdays or anniversaries with my family.”

Since his retirement from the Colorado State Patrol, Williams has taken an oath to serve as a reserve deputy with the Kiowa County Sheriff’s Office so that in case of an emergency or other event he could be called up to serve as an officer.

Fast forward to 2022 and another calling has come to Bryan Williams, this time in the form of community members who hold the integrity and the service that he served the region with the highest regard.

Bryan Williams has officially announced his candidacy for Kiowa County Sheriff on the Republican ticket as the current and appointed Sheriff, Forrest Frazee has stated that he will not be running for election in the coming midterm election.

When members of the community asked Williams if he would run for office, he spoke to his wife Cindy, and they agreed, “This is something I can do.”

“I have many years of leadership experience as a Marine and as a Colorado State Trooper, I have a lot of respect for Forrest (Sheriff Frazee) and I want to help serve this community to the best of my ability, and I know I can do this job.”

Having high morals and integrity come with the lifestyle that Williams has chosen to live, being a marine and in law enforcement Williams says, “I have always believed in what I have done, have I made a mistake? Yes, but everyone does, and I will always be the first person to admit when I have done wrong and do everything in my power to do the right thing.”

When asked what challenges he sees the Kiowa County Sheriffs’ Office facing Williams states that it is easy to stand on the outside looking in and judge the situation, “I would need to step in the door and assess anything that is happening whether it be a challenge or a strength before I could make that determination.”

Williams does however see that keeping the current manpower and paying them a fair wage is one issue that he would need to address. He also thinks that encouraging any new recruits that are not from our community to assimilate and become a part of this community is vital for the sustainability and the retainment of officers.

“It’s what we did, we came to Kiowa County, and we became a part of the community, we love where we can now say we are from.”

We also asked Mr. Williams about what he places as the top priority when responding to emergencies. His response was straight to the point.

“Every call you get has a different set of circumstances, as the Sheriff I would respond with the deputies to any call that would require multiple deputies because I feel that If you’re gonna lead, well then you have to lead. Depending on the call and the circumstances, I would contact the proper local agencies for assistance if need be and we would work as a team to see the emergency through to the other side.”

In-fact, working with other local and regional agencies is one of Mr. Williams top priorities if elected, he wants to meet with surrounding county sheriffs’, emergency managers and more to be sure that there is mutual respect so that when they call on each other there is an open line of communication that goes all directions.

With the current political climate that our nation faces it seemed important to ask Mr. Williams about how he would handle situations that could potentially arise over the course of his hopeful term as Kiowa County Sheriff.

First, we asked Mr. Williams how he would respond if any agency of the state or federal government were to infringe upon the Constitutional rights of citizens of Kiowa County. His answer was made crystal clear, “I won’t allow it.”

Working up the chain of command Williams would work to ensure that these infringements were stopped.

“Obviously, one man against the federal government is not going to make a huge impact but the people of Kiowa County can count on me to use my power as the Sheriff to do what I can to the extend that my power will allow.”

In regards to the several resolutions that the Kiowa County Board of Commissioners have passed over the last few years, including topics such as: A RESOLUTION FOR THE KIOWA COUNTY BOARD OF COUNTY COMMISSIONERS, KIOWA COUNTY, COLORADO, DECLARING KIOWA COUNTY TO BE A SECOND AMENDMENT SANCTUARY COUNTY, CONSTITUTIONAL RIGHTS AND PROTECTIONS GUARANTEED BY THE UNITED STATES CONSTITUTION AND THE CONSTITUITON OF THE STATE OF COLORADO, as well as A RESOLUTION CONCERNING VACCINE MANDATES, Mr. Williams states that he will uphold each of these resolutions as the Sheriff.

“As the Kiowa County Sheriff, I would do the best job that I can for the people of this community. I will be there for all members of this county, offer a high level of transparency in cases where transparency is available, and meet with the public to discuss issues they feel the county is facing.”

Bryan Williams for Kiowa County Sheriff will not be taking any donations for funding of his campaign.