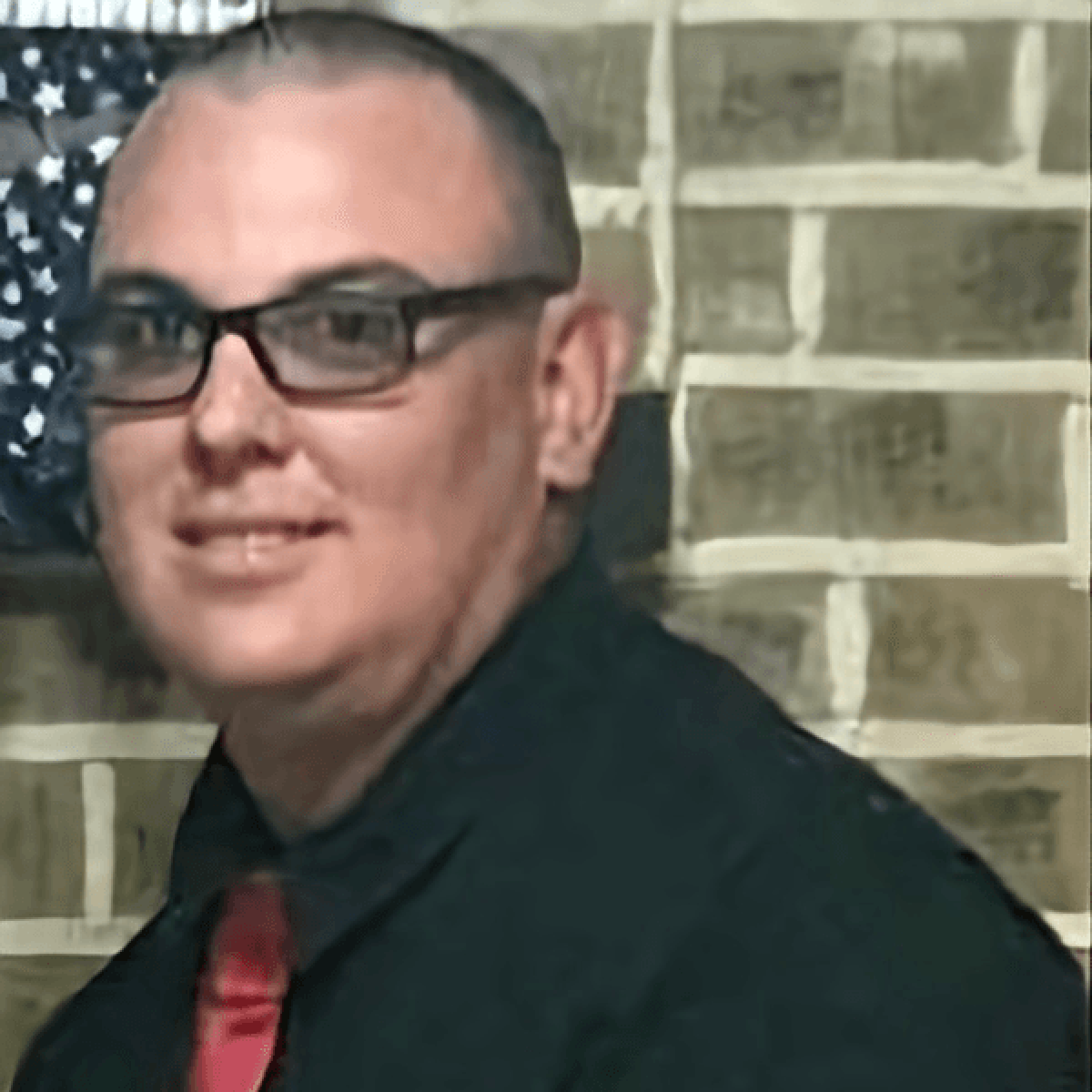 Joshua Swanson was raised in Bent County, at the Las Animas Fish Hatchery by his parents Toni and Rick Swanson. As a student in the Cheraw school system, he was involved in many sports including football, basketball, golf, and baseball. After graduation from Cheraw High School in 2003 Joshua went to Lamar Community College to play golf. While at Lamar Community College (LCC) Joshua worked on getting his associates degree in Computer Science.

In 2016 Swanson met the love of his life, Shawnda Fierstein and the couple was married in July of 2020. The couple have purchased a home in Eads and are hoping to expand their family to include a child in the near future.

After graduating from LCC Joshua was struggling just as many other college graduates, to find a career job that he enjoyed doing. After self-evaluation Joshua decided to follow in the footsteps of some family members and pursue a career in law enforcement. He began working for the Otero County Sheriff’s Office in 2010 as a dispatcher and jailer but he dreamed of being a road Deputy.

Swanson states, “I fell in love with law enforcement during my time with Otero Sheriff’s Office and I knew that I wanted to help people in need and become a police officer.”

This motivation led him to Otero Junior College Law Enforcement Academy where he achieved his Peace Officer Standards and Training Certificate in 2014.

In 2018 Swanson was called yet again to serve the communities of Kiowa County as a Sheriff’s deputy.

“I loved the communities in Kiowa County, and I made the decision to go back to Kiowa County Sheriff’s Office in 2018 where I have been ever since.”

With Sheriff Frazee announcing that he will not be throwing his had in the ring for a full term, Swanson who is Frazee’s Undersheriff has announced his candidacy for Kiowa County Sheriff as a Republican Candidate.

“I want to be the Kiowa County Sheriff so that I can help the citizens of the county, as well as to lower the drug and crime rate in our county.”

Swanson attributes his parents for the instilled high morals and integrity in which he possesses.

“They raised me to always do the right thing, even if sometimes it is not the popular thing. I have made mistakes in my life, yet I continually try to become a better person and learn from those mistakes.”

When asked about some challenges that he anticipates enduring as the Kiowa County Sheriff, Swanson states, “We are a small county and we do not have the funds and resources that bigger agencies in Colorado have. To reduce these challenges, I will seek grants to help fund the Sheriff’s Office and keep costs lower. I will also use my assets in other agencies to help find resources for Kiowa County.”

Hiring and retaining officers in the state of Colorado as well as across the nation is something that every law enforcement office is facing. Swanson indicates that in order to combat this issue he would offer a full array of training to all deputies, and he foresees a future that when prospective deputies hear about posts in Kiowa County, they are drawn to the position because they know they provide top notch training and hold exceptionally high professional standards, which everyone would want to be a part of.

Swanson tells us that the Sheriff’s Office has been using grant money to get essential equipment for Kiowa County, for example electronic citations, which helps cut costs to the Kiowa County Budget.

In his 12 years of experience in law enforcement, Swanson has seen his fair share of emergencies, as the Sheriff of Kiowa County he would use those experiences to determine the most important priorities when emergencies come up.

“The most important priorities in every emergency situation, in my opinion is to be transparent with the citizens of Kiowa County as well as ensuring that their safety has been addressed.”

When looking at the State and National current culture, it seems only fair to ask the candidate how he would respond to any state or federal agency that may possibly infringe on the Constitutional Rights of the people of Kiowa County.

Swanson’s response sends a clear message, “The Sheriff takes an oath to uphold the Constitution of the United States, and that is exactly what I would do as Sheriff. I would use my powers as Sheriff to make things right. I will protect the citizens of Kiowa County from any violation of their civil rights.”

Swanson says that his favorite thing about the communities in Kiowa County is how friendly and helpful everyone is.

“It is a close-knit community with pride and responsibility for their community and the citizens.”

If elected, Undersheriff Swanson states,“I plan to work with the drug task force and send deputies to the necessary training to be able to improve their training to better assist the community and become the best deputies they can be. The Citizens of Kiowa County deserve a sheriff who is willing to work hard to achieve lower drug and crime rates in Kiowa County. I will provide the citizens of Kiowa county a transparent Sheriff’s Office using modern law enforcement for modern crime. I will demand the highest standards of honesty, professionalism, and integrity from myself and everyone on my staff to maintain and improve public trust, mutual respect, and build a strong community partnership.”

Swanson finishes by saying, “I have lived in Kiowa County for 6 years and interacted with the community and understand the values of the communities of Kiowa County. I have worked in a wide range of areas within sheriff offices such as dispatcher, deputy Jailer, patrol deputy, K-9 patrol deputy, corporal, sergeant, and undersheriff so I know how a sheriff’s office should be ran which is why I believe I am the best person for the job of Kiowa County Sheriff.”