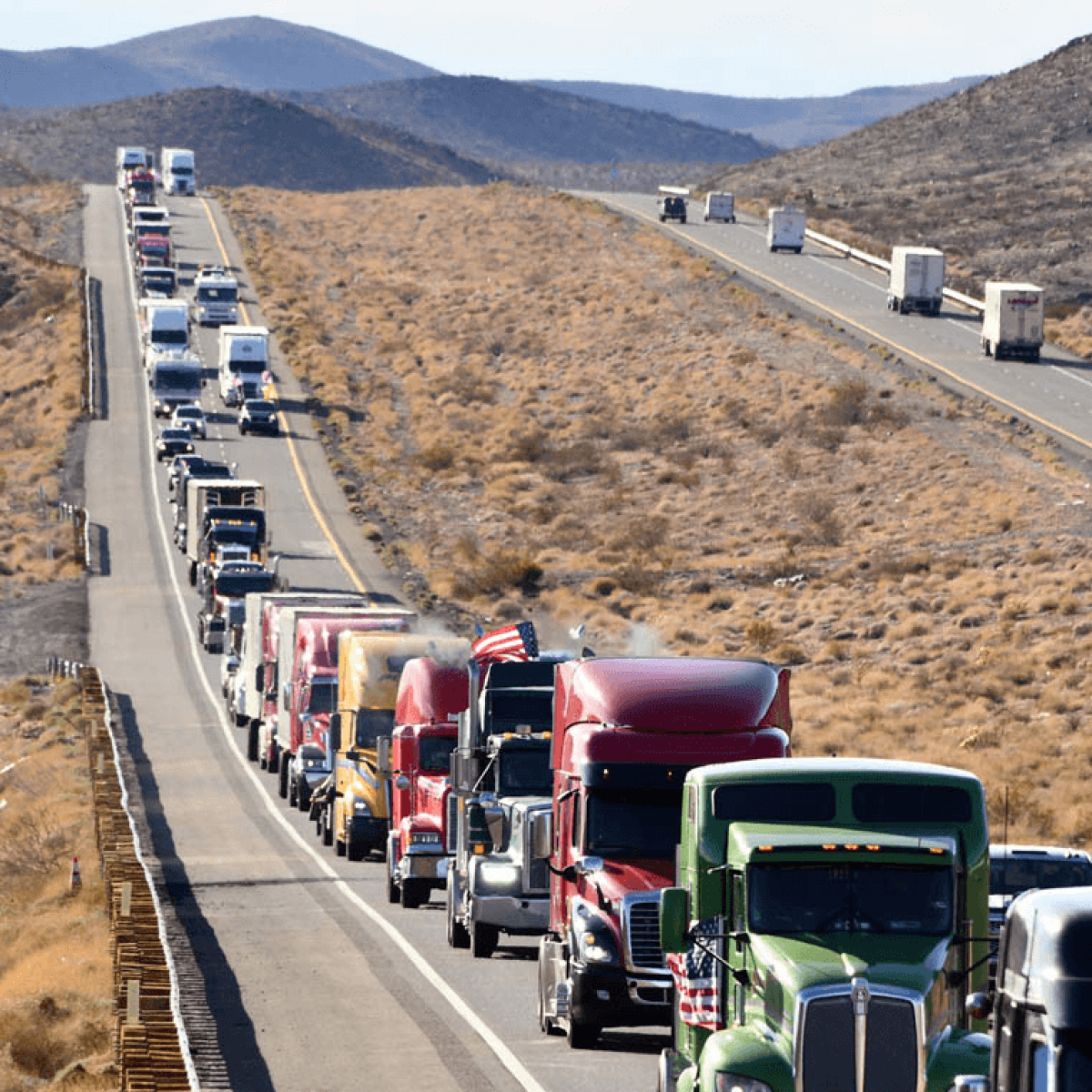 We Got Us a Convoy: The Colorado Freedom Convoy Heads East on I70 on Thursday

“Convoy” came out in 1975 and was performed by C.W. McCall (a character co-created and voiced by Bill Fries, along with Chip Davis). It became a number one song on both the country and pop charts in the United Stated. It also went to number one in Canada in 1976 and peaked at number two in the United Kingdom. It is about a fictional trucker rebellion that drives from the West Coast to the East Coast of the United States without stopping.

The song received newfound popularity with the rise of the 2022 Freedom Convoy in Canada, to which Fries, by then terminally ill, gave his approval.

The United States is now taking over the protest that the Canadians started over a month ago. In Canada the truckers rolled across the country and parked in the center of the capitol, Ottawa, demanding that pandemic mandates be lifted, and the people’s freedoms reinstated. It lasted nearly two weeks before Prime Minister Justin Trudeau evoked emergency powers and brutally got rid of the convoy.

The Canadian convoy revealed the massive overreach utilized by governments across the world as they took advantage of the Covid-19 pandemic.

The American version of Convoy got underway in Barstow, CA on February 23 and is currently spending the night in Cuba, Missouri. This convoy has collected hundreds of truckers and other vehicles along the way and have met massive crowds on the underpasses and in the cities as the convoy rolls by. Today, going into Missouri, the convoy is reported to be some 30 miles long and takes approximately 45 minutes to go through a given location.

Before they left California, hundreds of truckers heard words of encouragement and blessings from a group of speakers including FLCCC President Dr. Pierre Kory and Godspeak Church Pastor Rob McCoy. Their website indicates, “The truckers and blue-collar workers of the United States are being joined by freedom-loving supporters from all walks of life—frontline doctors, lawyers, first responders, former military servicemen and women, students, retirees, mothers, fathers and children—on this peaceful and law-abiding transcontinental journey toward the east coast.”

Further, “The message of The People’s Convoy is clear and continues on where Canada’s left off. The last 23 months of the COVID-19 pandemic have been a rough road for all Americans to travel with challenges spiritually, emotionally, physically and especially financially. With the advent of the vaccine and workable therapeutic agents, along with the hard work of so many sectors that contributed to declining COVID-19 cases and severity of illness, it is now time to re-open the country. The average American worker needs to be able to end-run the economic hardships of the last two years and get back to the business of making money—so they can pay their rents and mortgages and help jumpstart this economy. To that end, it’s time for elected officials to work with the blue collar and white-collar workers of America and restore accountability and liberty by lifting all mandates and ending the state of emergency. COVID is well-in-hand now, and Americans need to get back to work in a free and unrestricted manner.”

The People’s Convoy is scheduled to arrive within the DC Beltway on Saturday, March 5. They state they will not be going into Washington, DC proper.

To support the truckers, see the routes, or find out more, you can visit: www.ThePeoplesConvoy.org. You can also follow them on social media at Instagram: https://www.instagram.com/thepeoplesconvoyusa/ or Twitter: https://twitter.com/peoplesconvoyus

Along with the main convoy, there are at least five other more localized convoys that are forming all over the Western United States and will be following or converging with The People’s Convoy when they arrive at their destination.

The Colorado Freedom Convoy 2022 is teaming up with the American Freedom Convoy and is scheduled to depart Colorado from the Flying J Truck Stop located on I-70 & Airport Blvd. on Thursday, March 3 at 2:00pm MST. They will head eastbound on I-70 towards Kansas. They are scheduled to come through Limon and Burlington on their way to stopping for the night in Salina, KS.

There will be a Pre-Roll Rally at the Dirt Dogs Roadhouse at 17999 W Colfax Ave. in Golden. The rally will begin at 10am and will include a “lineup of guest speakers who will address a range of topics and issues that we as a nation, state, city and personally have encountered when the Emergency Powers Act was enacted and the mandates that followed were put into place.”

If you would like to show your support for the Confoy you are welcome to stage along the route at overpasses and intersections or along the road. This group has a Facebook page and are using a Telegram page to communicate with one another. They also have a website at coloradofreedomcon.wixsite.com.