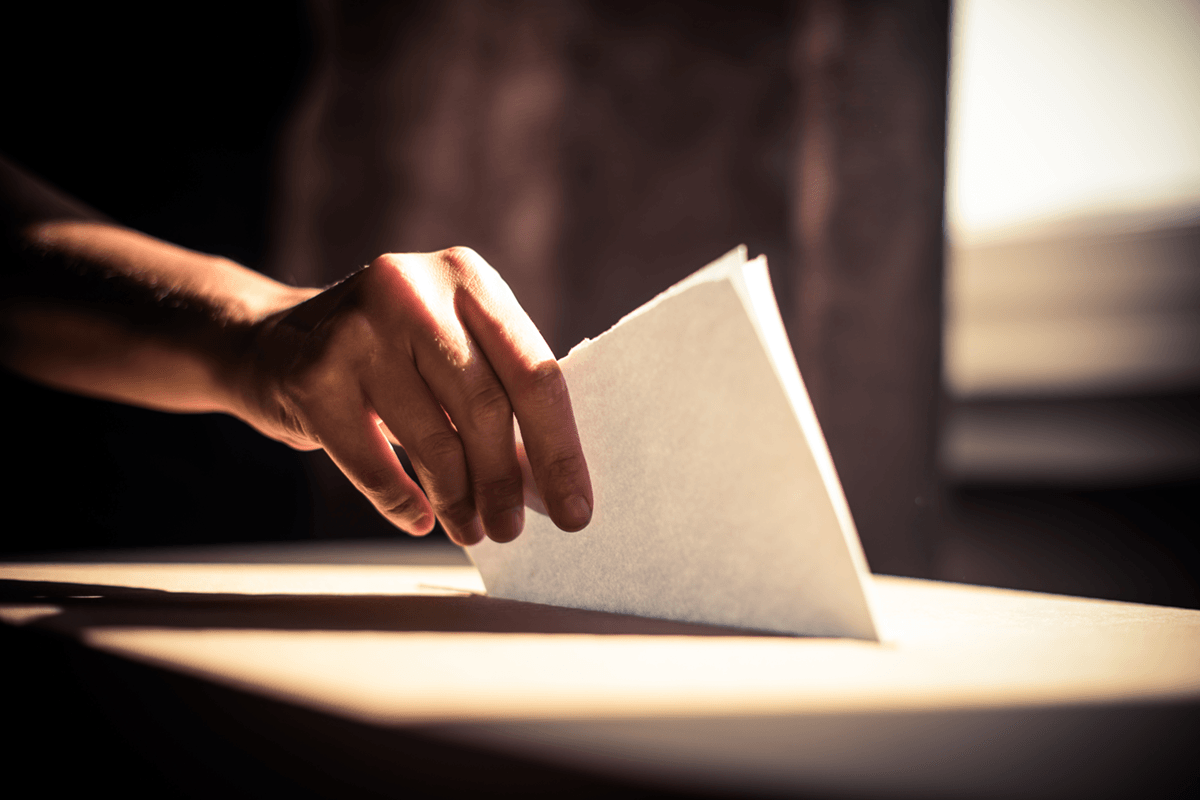 Election Integrity is a Serious Concern: Can We Trust Our Voices Will be Heard? Part 2

Election integrity is actually of great concern for all Americans, but for different reasons depending on whether you lean liberal or conservative in your politics. It’s been a concern each election, mostly voiced by the party that loses. But the 2020 election left more than half the country’s voters, and nearly 85% of the Republican voters wondering if their vote actually counted or whether it was watered down due to inaccurate voter rolls, questionable handling of mail-in ballots, changes in election rules and counting machines that theoretically had the potential to weigh one vote over another.

Locally and in the rural counties of Colorado the consensus is that our election administrators, our Clerks & Recorders that we elect, are doing a good job and generally protecting our vote so that it counts in the manner we intended.

But just how much control do the counties actually have when it comes to election integrity? Currently, in Colorado, the elections are mostly controlled by the office of the Secretary of State who has enormous power over the counties. The power comes in many forms and in many ways.

This series will examine Colorado and whether citizens here actually can believe we have the “Gold Standard” when it comes to election integrity as stated by Democratic Secretary of State Jena Griswold.

This installment starts with the saga of Tina Peters, the embattled Mesa County Clerk & Recorder who has become the punching bag for the Denver media who have already claimed she is a criminal and should be put away. Her crime? This Gold Star 65-year-old mother had the audacity to stand up against the power of the Colorado Secretary of State’s Office and take her county’s election matters into her own hands as a representative for her voters.

The saga began late last year when Peters announced at a Mike Lindell led cyber conference that she had made a forensic copy of the of the Mesa County 2020 election and the Mesa County 2021 election prior to the Trusted Build completed by representatives from the Secretary of State’s office as well as from Dominion, the owners of the counting machines used in 62 of the 64 counties in Colorado. She then took another copy of the machine records after the Trusted Build was completed in the summer of 2021. Currently, the two sets of data are being analyzed and new reports have now emerged.

Peters has been sued by Secretary of State Jena Griswold and is currently the subject of a Grand Jury investigation in Mesa County. She and some of her defenders were the subject of FBI raids last summer and she was arrested in February at a Grand Junction coffee shop but later released with no charges filed. Peters claims she is being harassed, black-balled and cancelled due to her election challenge.

On February 14 Peters announced she was running for the Colorado Secretary of State office and will go up against Griswold and another Republican, Pam Anderson, both who have also thrown their hats in the ring.

The following press release from the U.S. Election Integrity Plan relays one of the reports that came out on Friday about the Mesa County election data and information Peters has provided:.

[Mesa County Colorado, March 5, 2022] – The second in a series of Mesa County election systems forensics reports was obtained through a Colorado open records request. The report exposes a troubling array of serious election violations stemming from the electronic voting systems used in Mesa County. Given the electronic voting systems used in Colorado mimic systems used across the country in hundreds, if not thousands of counties, it’s anticipated that the Mesa 2 Report will serve as the predicate for numerous investigations across the U.S. Some are already in progress and some are criminal.

The Mesa County electronic voting system is similar or identical to nearly all Colorado counties. This means almost the entire state used illegally certified, insecure electronic voting systems for elections dating back to at least 2017 (Griswold was elected SecState in 2018). These undeniable facts fly in the face of an obstinate and highly partisan Colorado Secretary of State Jena Griswold who has repeatedly stated that Colorado’s election system is secure, and “The Gold Standard”.

A sample of key findings from the Mesa Report:

2. The Dominion system was set up to automatically delete audit records. Plus, the electronic voting system was designed to delete, and systematically deleted required system log files during the “Trusted Build.” Griswold ordered the Trusted Build, making her responsible for the deletion of election records. This adds to the proof from “Mesa Report 1” that exposed 29,000 election records were deleted from the Mesa system in violation of federal and state laws. The intentional deletion of these records and log files prevents Mesa County citizens the ability to legitimately audit their past elections. This is the right of Colorado citizens to audit their elections for 25 months. Given Griswold and her vendor performed the “Trusted Build” in May 2021, the deletion of these records falls well within the legal timeframe that election records must be preserved. Investigations, including criminal, against Griswold and her staff are imminent given the severity of state and federal election law violations.

3. Uncertified software was illegally installed on the Mesa County election server. Griswold was the CO Secretary of State in 2019 when she certified Dominion Voting Systems Democracy Suite version 5.11-CO, used in the 2020 election. That certification did not include Microsoft SQL Server Management Studio, but that software was installed on the voting system. According to the Colorado statute, the presence of this illegal and uncertified software renders the entire electronic voting system illegal for use in Colorado elections. Griswold had numerous opportunities to identify the presence of the illegal software, notify the public, and to remedy the situation. That never happened. Griswold must now publicly present her case as to why the illegal software existed in her officially certified voting systems, how the illegal software got installed, who was responsible, and why did Griswold certify a system with this egregious breach of security and certify an election using the illegally-certified and illegally-used voting system.

Given the bulk of Griswold’s notoriously rotating staff has no cybersecurity, technical, or computer experience, it’s expected Griswold will lean on her vendor, Dominion, to help explain. Unfortunately, relying on the vendor who potentially shares legal liability and who’s lobbyists donate to Griswold’s re-election campaign it likely won’t stand with the public. The conflict of interest is overwhelming. It appears the only way forward for Griswold is to conduct a full investigation by an independent third-party.

This raises serious ethical and legal issues for the SecState. Why did Griswold ram through emergency rules banning third party audits in Colorado this past summer? The timing of her panicked action aligned perfectly with Griswold discovering the Mesa County election system forensic backups. With the Mesa 2 report, it appears Griswold was advised to try and get ahead of the inevitable.

4. The Mesa County electronic voting system is configured to allow any computer in the world to connect to the Election Management System (EMS) server. Predictably election officials with little to no cyber or tech expertise will claim that there is no proof of any other computer accessing this system. The claim is somewhat accurate given the fact that the Dominion voting system is intentionally designed to obliterate mandatory audit logs “both election records and evidence of access to the EMS server.” Election officials are now faced with taking a serious risk if they continue to defend Griswold, and an obviously corrupted and illegal election system. The best these officials can hope for with this specific violation is that there may be no proof that other computers accessed the system.

Each forensic report out of Mesa County has been accurate and the substance of the report has gone unchallenged by technical experts from SecState Griswold’s office or otherwise. Is it wise for these election officials to defend a technical system with no way to check, or verify what is true for themselves? With the legal backing of Marc Elias and Soros, Griswold has a defense for herself. What about the local election officials who are legally liable for their elections? Are they prepared to assume legal responsibility for Griswold’s illegally approved election system they were told was secure, and “The Gold Standard?”

In El Paso County’s 2021 election, Clerk Chuck Broerman conducted a severely botched election in cooperation with SecState Jena Griswold that resulted in a public admission that vote totals had to be manually changed. Elected officials must now answer for why they are using a system that allows manually changing vote totals. Who can change vote totals? How? When? Why?

Both Mesa reports were prepared by Doug Gould, the former Chief Cybersecurity Security Strategist for AT&T. Mr. Gould is considered a foremost expert in the cybersecurity field and holds CISSP and CAS certifications. He is also a faculty member at the World Institute for Security Enhancement. We reached out to Mr. Gould to ask if there were more reports coming. As of the time of this release there was no response.