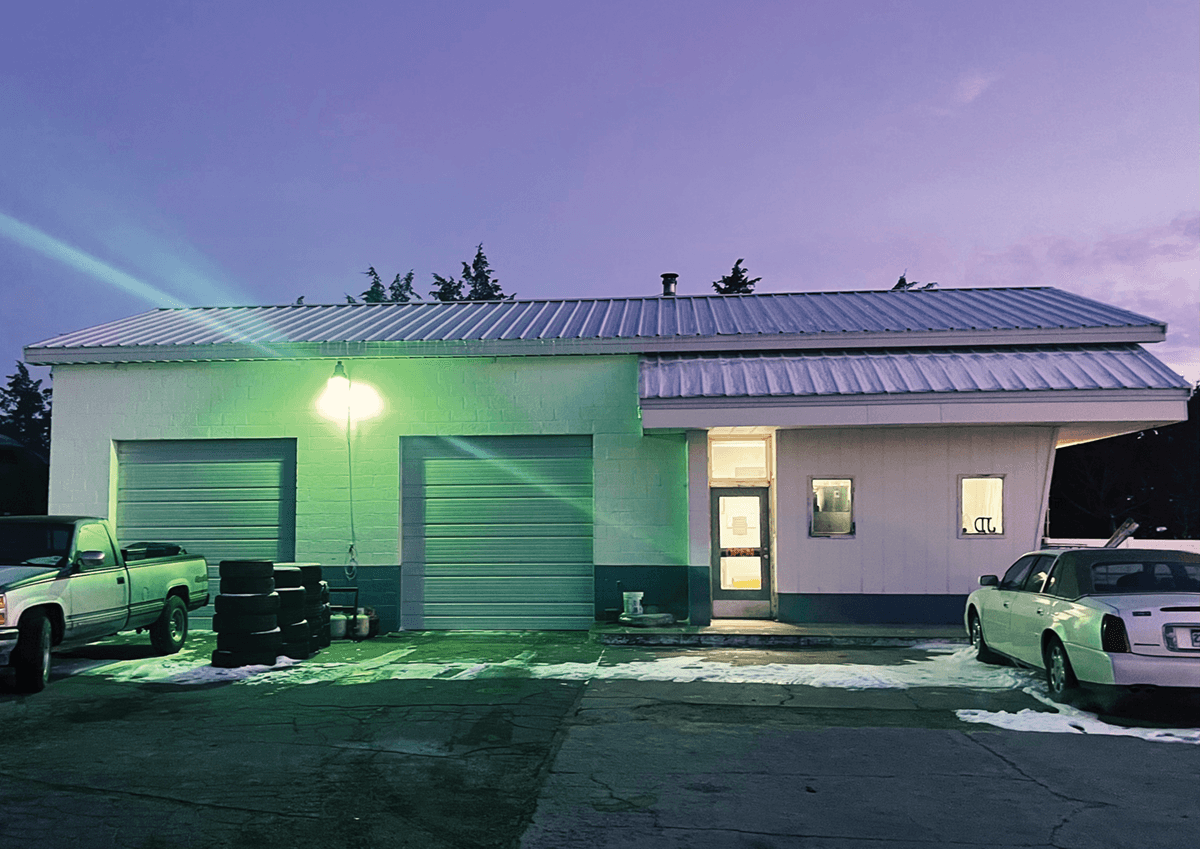 When living in small rural communities it’s always handy to, “know a guy”, as some services are not as readily available to us as they may be in the larger towns and in the cities. Jesse Deines is, to many, in our community and the surrounding areas, the guy they know to call when something just isn’t running right.

Jesse and his family are proud to announce the official opening of J-D Works, a full-service auto service shop right here in Eads, Colorado. The shop is located at 207 West 15th Street, in what was formerly a Philips 66 service station built in 1959. Jesse has spent the last few years making renovations to the historic building such as installing a new roof and doors as well as applying a fresh coat of paint.

Deines, who is the son of Gerald Deines part owner and operator of DW Waste in Sheridan Lake, Colorado attended Northwest Kansas Technical School from 2003-2005 and worked for Steve’s Body Shop in Sharon Springs, Kansas while he attended school. He continued his employment for several years after until he moved to Eads to be with his now wife, Danyelle establishing a life here in Kiowa County in 2014.

Jesse continues to work for his father’s company DW Waste hauling trash every-other Wednesday and Friday but will maintain business hours Monday through Friday apart from the days he hauls trash.

Jesse states that “I’m already busy, but I’d imagine that once the word gets out that I am officially open for business things will begin to pick up more.”

J-D Works is a full-service shop offering tire service and vehicle repair. If you are in need of having some automotive work done, the Indy “knows a guy”, call Jesse at J-D Works at 719-688-9505 or try to catch him at 207 West 15th Street in Eads to get scheduled for new tires, an oil change, or to get an estimate for other services needed.