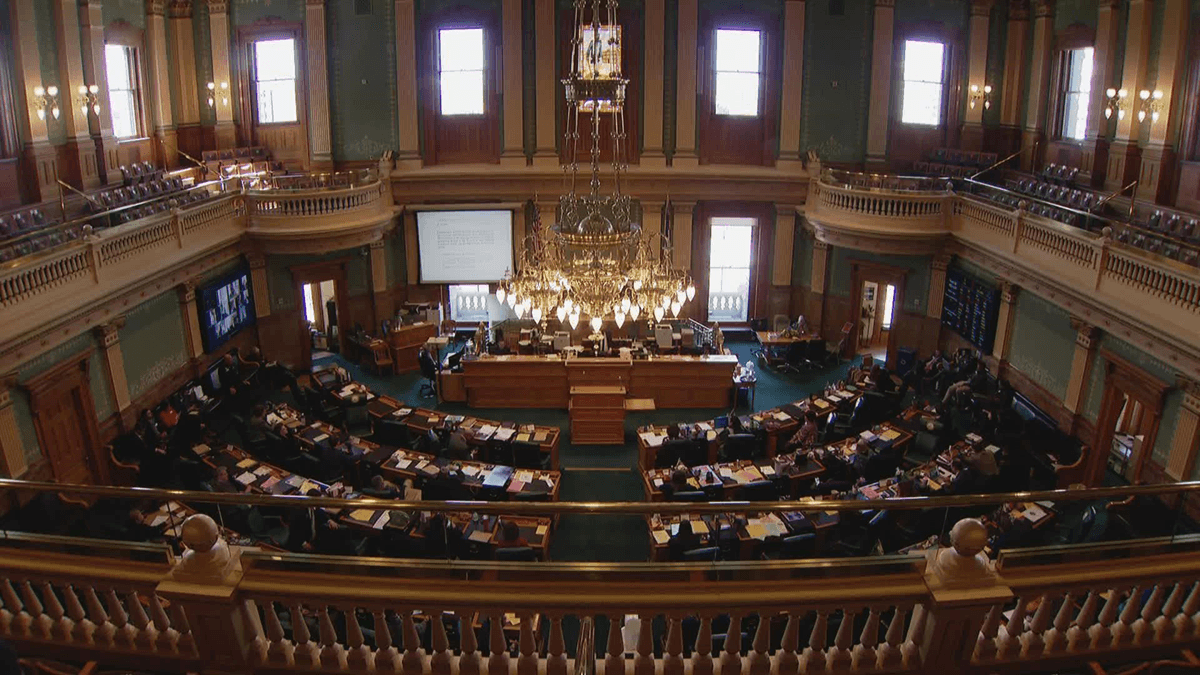 In 1967, Democratic freshman state lawmaker Rep. Richard Lamm introduced a bill that would allow lawful abortions in Colorado if the woman’s physical or mental health was threatened, if the unborn child might have birth defects or in cases of rape or incest.

Lamm was quoted in a 50th anniversary of the bill’s passage article saying that he feared he may have been committing political suicide when he introduced the bill to an overwhelmingly male, Republican dominated legislature. However, within just weeks of its introduction it was signed into law by Republican Governor John Love making Colorado the first state in the United States to loosen restrictions on abortions. This was 6 years before the United States Supreme Court saw Roe v. Wade and made a landmark decision that would rewrite the laws of abortion for the nation regarding abortion for decades to come.

Lamm, did not falter because of his introduction of the abortion bill, instead he went on to serve as the 38th Governor of Colorado as a Democrat from 1975 to 1987 and ran for the Reform Party’s nomination for President of the United States in 1963.

55-years later, Colorado State Representatives received a bill to the floor of the house HB22-1279 Reproductive Health Equity Act. This bill was brought forth by Cobalt, a group associated with Planned Parenthood and sponsored by Colorado Democrat Representatives, Rep. Froelich, Rep. Esgar, and Rep. Gonzales.

The morning of Friday March 11 began the second reading and debate of HB22-1279 where Colorado representatives remained until nearly 11 a.m. Saturday after the House Republicans filibustered for a Colorado General Assembly record of 24 continuous hours.

Many Republicans offered amendments to the bill including Representative Richard Holtorf that would have addressed statutory legal concerns in this “far overreaching abortion rights legislation,” as Rep. Holtorf describes it in an email sent to the Kiowa County Independent. Yet all amendments were struck down by House Democrats.

“If this bill passes through both chambers and is signed by the Governor then Colorado will have the most radical and far-reaching broad-based abortion rights bill in the United States.”

Holtorf goes on to say, “I was a hard NO on this bill from the beginning. I still feel this is wrong for the entire state of Colorado. Colorado will now be known for two things that do not impress the average American citizen. They include recreational marijuana, and abortion on demand.”

Monday March 14th HB22-1279 was scheduled for its third reading of the bill and if passed would then be sent to the Colorado Senate and if passed there to Governor Polis’s desk for his signature.

Representative Rodney Pelton was also on the floor for each reading of the bill to hear and speak to the bill and its proposed passage to the Colorado Senate.

Pelton said, “The vote in the House on the thirds was disappointing but not surprising. After 3 hours of closing statements this morning the vote was 40-24 right down party lines.”

He went on to say, “This bill allows late term abortion even to the extent that if a baby is born in a botched abortion and is living, breathing, and feeling pain, if instructed to by the mother the baby can be killed. The bill also has a provision in it to prohibit parental notification no matter what the age of the pregnant woman. The bill is now on its way to the Senate. There are 3 Democrat Senators that didn’t sign on to the bill, but I fully expect it to pass out of the Senate and go to the Governor’s desk for signature which I’ve heard that he has said he’ll sign it.”

HB22-1279 declares the total right to abortion in the State of Colorado at any point of a pregnancy. Though, this is already legal in Colorado, the law does not affirmatively state it as much. Therefore, the Democrats needed to pass new legislation as the United States Supreme Court is expected to rule in the upcoming months on Roe v. Wade, the landmark case that legalized abortion nationwide in 1973.

If Roe v. Wade is overturned, there are 22 states that plan to ban abortion completely as per the current writing of their state laws. Colorado Democrats do not want to leave the door open for anyone of any affiliation to criminalize abortion if the rights are overturned federally.

Sponsor to the bill, House Majority Leader Daneya Esgar of Pueblo says, “Why this is being proposed as a state law is because counties and municipalities in the state can decide for themselves what their law is going to be.”

Knowing they did not have the numbers to stop the bill’s passage, Republican lawmakers gave final speeches before the final House vote.

“May God have mercy on us,” said state Rep. Kim Ransom, a Douglas County Republican.

“Who is standing up for the rights of these little people?” shouted Republican state Rep. Richard Holtorf of Akron.

HB22-1279 will head to the Senate floor next where it is expected to pass with overwhelming support and Governor Jared Polis has said in recent interviews that he will sign the bill if it makes it to his desk.