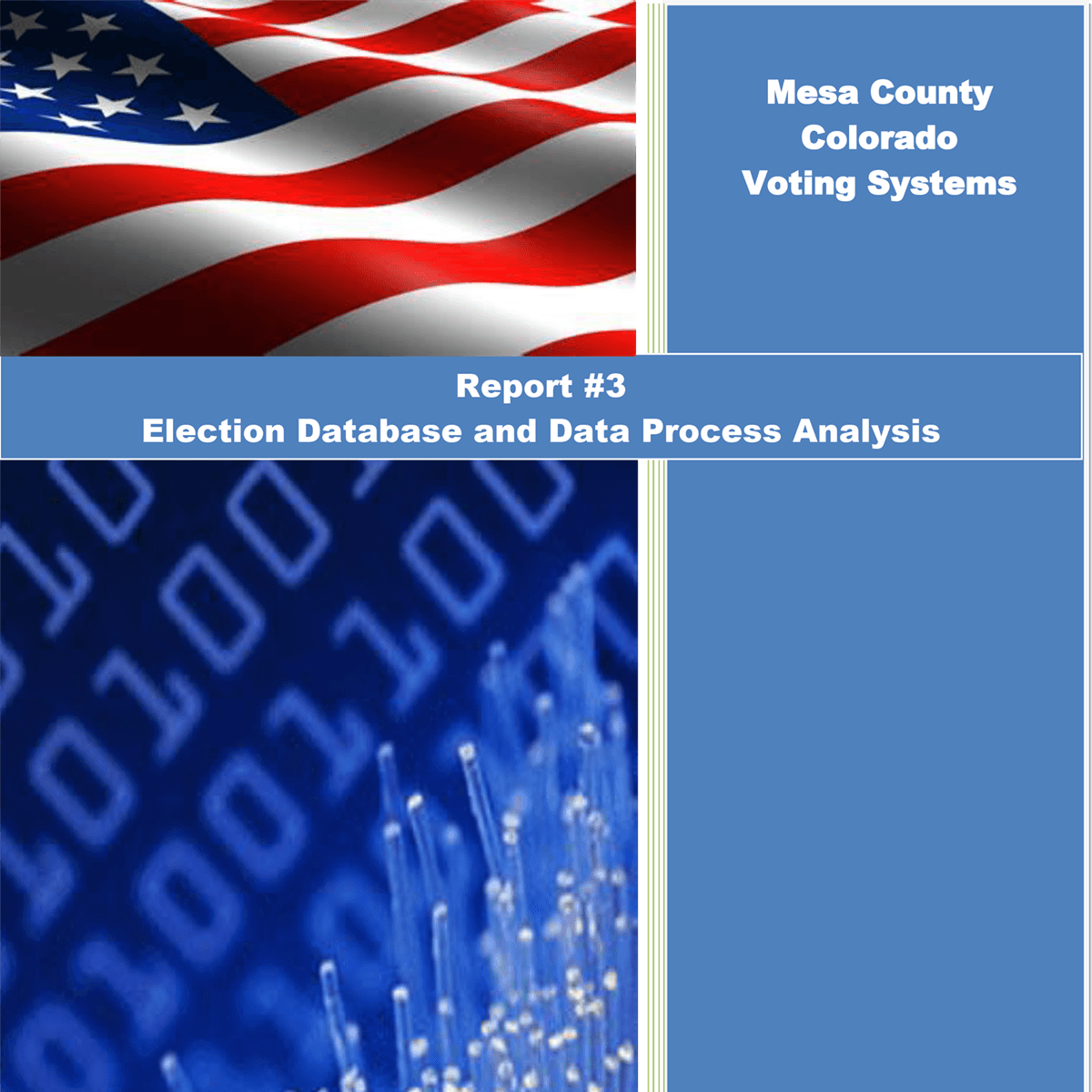 Election Integrity is a Serious Concern: Can We Trust Our Voices Will Be Heard? Part 4: Report From Mesa County

Election integrity is actually of great concern for all Americans, but for different reasons depending on whether you lean liberal or conservative in your politics. It’s been a concern each election, mostly voiced by the party that loses. But the 2020 election left more than half the country’s voters, and nearly 85% of the Republican voters wondering if their vote actually counted or whether it was watered down due to inaccurate voter rolls, questionable handling of mail-in ballots, changes in election rules and counting machines that theoretically had the potential to weigh one vote over another.

Locally and in the rural counties of Colorado the consensus is that our election administrators, our Clerks & Recorders that we elect, are doing a good job and generally protecting our vote so that it counts in the manner we intended.

But just how much control do the counties actually have when it comes to election integrity? Currently, in Colorado, the elections are mostly controlled by the office of the Secretary of State who has enormous power over the counties. The power comes in many forms and in many ways.

This series will examine Colorado and whether citizens here actually can believe we have the “Gold Standard” when it comes to election integrity as stated by Democratic Secretary of State Jena Griswold.

In part 4 of our Election Integrity series, we examine a third bombshell report that came out on Wednesday, March 23 from the U.S. Election Integrity Plan group that was established in Colorado in 2020 in response to discrepancies seen in the 2020 Colorado election. USEIP is a citizen-led, non-partisan organization that focuses on civics and election integrity.

This Election Database and Data Analysis of the Mesa County Colorado Voting System was presented by Jeffrey O’Donnell, Chief Information Office of Ordros Analytics and Walter C. Daugherity, Senior Lecturer Emeritus in the Department of Computer Science and Engineering at Texas A&M University. Both O’Donnell and Daugherity are considered expert computer analysts and signed off on the 88-page Report #3.

The data for Reports #1, #2 and now #3 from Mesa County were all obtained from a forensic backup conducted by Tina Peters prior to the Secretary of State’s office and Dominion Voting Systems going to every County Clerk’s office in the state and conducting a Trusted Build in the spring and summer of 2021 that Peters claims deleted and changed the 2020 and spring 2021 election data in Mesa County.

A similar forensic backup was taken in Elbert County and is now under that county Clerk’s lawyers’ lock and key while a lawsuit with the Secretary of State’s office heats up there, as well. If the Mesa County and Elbert County prior-to-the-Trusted-Build backups reveal similar election fraud seen in the Mesa County Report #3, it will more than likely be assumed that there were other county’s Dominion Election systems that were also compromising the election data.

The following are the findings and implications that were discovered by O’Donnell and Dougherity:

2) The same unauthorized creation of new election databases occurred during the 2021 Grand Junction Municipal Election on March 30, 2021, followed by the digital reloading of 2,974 ballot records, making the original voter intent recorded on those ballots unknown. In addition, 4,458 ballots in 46 batches did not have their digital records copied to the new database, although the votes from the ballots in those batches were recorded in the Main election database.

4) The true total vote count in Mesa County, Colorado cannot be accurately calculated for the 2020 General Election or the 2021 Grand Junction Municipal Election from records in the databases of the county’s voting system.

5) There is no function or feature on the EMS server that could be executed inadvertently or deliberately by a local election official that would cause this combination of events to occur, especially within the time frame that these events occurred. Given the complex sequence of data manipulations and deletions necessary to produce the digital evidence described in this report, this combination of events could not have been the result of either deliberate or inadvertent actions by those officials.

6) Dominion’s installation of the Trusted Build update on the EMS in May of 2021, as ordered by the Colorado Secretary of State, destroyed all data on the EMS hard drive, including the batch and ballot records that evidenced the creation of new databases and reprocessing of ballot records described in Findings 1 and 2 above. This destruction of all data by the trusted build is described in the “Mesa County, Colorado Voting Systems Forensic Examination and Analysis Report”.

7) The fact that such ballot record manipulation has been shown demonstrates a critical security failure with the DVS EMS wherever it is used. The manipulation would not be identifiable to an election official using the voting systems, nor to an observer or judge overseeing the election conduct, much less to citizens with no access to the voting systems; without both cyber and database management system expertise, and unfettered access to database records and computer log files (many of which were destroyed by the actions of the Secretary of State) from the EMS server, the manipulation would be undetectable.

In an interview with Steve Bannon on Bannon’s War Room O’Donnell said, “You can think of it in accounting terms as cooking two sets of books.”

Bannon asked O’Donnell if any other Clerks or Commissioners from Colorado, Republican or Democrat, have asked for O’Donnell to explain to them what he saw or to go over his analysis and methodology. O’Donnell noted, “No. No Clerk or county official has reached out to me. This is still very new information. I don’t think you can take the political thing out of it. Look what has happened to Tina because she did come forward.”

Dougherity agreed with O’Donnell and has not as of yet been approached by any election officials in Colorado. He went on to describe what he saw, “At this point we have about 5,000 ballots in the original database that have become invisible. This is astounding. What should have been there was one tabulation database and one adjudication database that should show the totals. We saw nearly the same phenomenon in the Grand Junction 2021 Election. Most likely there’s something in the software that either pre-programmed to do this or allows it to be done.”

On Monday, March 28, Bannon announced that O’Donnell and Dougherity have agreed to conduct an upcoming live webinar Q & A In order to explain their methodology and analysis. The event will be announced soon.