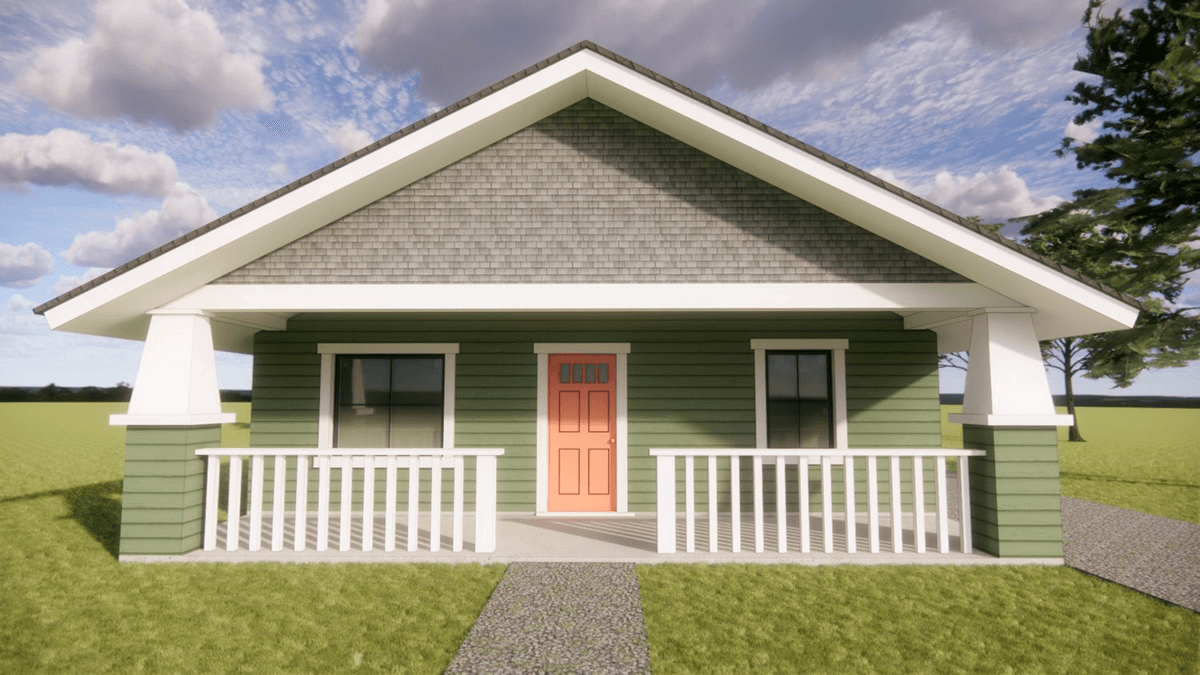 Last week was a busy and productive week as it comes to the topic of “Housing” in not only Eads but across the region.

First, as reported in another article in this edition entitled, “After Five Years the Cactus Corner Housing Project Has Broken Ground in Eads,” four affordable housing units, that had been planned for the past five years, broke ground on Monday, March 28. (Read the details of that project in this edition of the Independent.)

Then on Thursday, March 31, the Southeastern Colorado Enterprise Development (SECED) office took the final down payments for the houses and duplexes that will be built as part of the workforce housing project known as the High Prairie Homes housing project.

Stephanie Gonzales, director at SECED, said, “Originally the workforce housing project was projected to build 70 new homes across the large geographic area we serve. But as of today, we have approximately 90 commitments to build houses and duplexes across the communities of Eads, Granada, Springfield, Wiley, Lamar, Las Animas, La Junta, Walsh and Olney Springs.”

Unfortunately, only Eads located in Kiowa County, is not situated in an Economic Opportunity Zone as Kiowa County did not qualify due to a series of measurements including a medium income that was too high.

Nevertheless, through a series of trial and error and late decision making, Eads will build four new housing units within the High Prairie Homes project. They include a new duplex (two housing units) that will be built by the Kiowa County Hospital District (KCHD) at the corner of 12th Street and Luther Street in Eads. The hospital will be using both housing units for their traveling nurses and providers. Then, two single family homes will be built on Lot 3 and Lot 2 along Cactus Drive within the Kiowa Estates development area. All four units have 3 bedrooms and 2 baths.

That makes four new housing units that will go up in Eads as part of the High Prairie Homes project. They join the four affordable housing units being built in the Cactus Corner housing project. (See article in this edition)

Many of the other communities in the region, especially the small towns who are starting to develop and who have also desperately needed housing, will see even more impressive development due to the Opportunity Zone investment opportunities.

Here are the projected projects within each community—all subject to change by April 28th when it’s the last day for earnest money to be returned:

The High Prairie Homes housing project is the brainchild of Michael Yerman. Yerman has extensive experience in housing development projects in the mountains and presented his idea to SECED and the Southern Colorado Economic Development District (SCEDD). Between the two entities, both who are partially funded by the state in order to assist area communities in economic development activities, they agreed to approach the local cities and county governments in the region to see if they would be interested in investing up to 8% of their American Recovery Act funds in order to create seed money for this unique housing development that had never been attempted before in southeastern Colorado. Many counties and cities stepped up including the cities listed above plus the counties of Kiowa, Prowers, Baca, Otero, Bent and Crowley.

The ability to build up to 90 housing units across southeastern Colorado is based on the concept of Economy of Scale. It works much like it does in housing developments along the Front Range. The more housing units being constructed the lower the price can be. And a lower price was what was needed in southeastern Colorado in order to bring in newly built housing at a rate that not only buyers could afford, but the housing market comps could benefit from. It has been a fine balance getting all the moving parts in place, but as of Thursday, March 31, the project took a huge step forward.

Next comes the actual ground-breaking for the many projects. There will be a Ground-Breaking Ceremony on May 25 in Las Animas for the project in order to make it official; however, a handful of projects will have already been started in some of the towns by then. Gonzales estimates, “By the end of April construction will begin in Olney Springs, and all construction projects will be well underway by the end of 2022. The project is projected to be completed in all towns by April of 2023.”

The actual building activity will take place in a manner that can only be described as factory line construction. Multiple crews are being hired that will work across the towns within their designated projects. They include a dirt moving crew, flatwork crew, vertical builders, electricians, plumbers, HVAC crews, and exterior and interior finishing crews. Each crew continues to move through the towns and their projects until all is completed. In some instances, local builders may be called upon to fill in gaps in the work as it moves forward. Local builders can call Gonzales at SECED (719-336-3850) for more information or to offer their services.

The following construction start schedule for each community was provided by Gonzales but should be used as only a loose guide given there will more than likely be multiple changes and situations that will require timelines to be adjusted:

SECED and SCEDD are hoping that the High Prairie Homes project will not only provide additional housing inventory within the communities who are involved but will also help establish baseline market values for new construction that will allow future home builders comps that will allow them to build without losing thousands of dollars—as it has been in the past couple of decades.

And, if all goes well, Gonzales has indicated that more housing projects may come in the future.