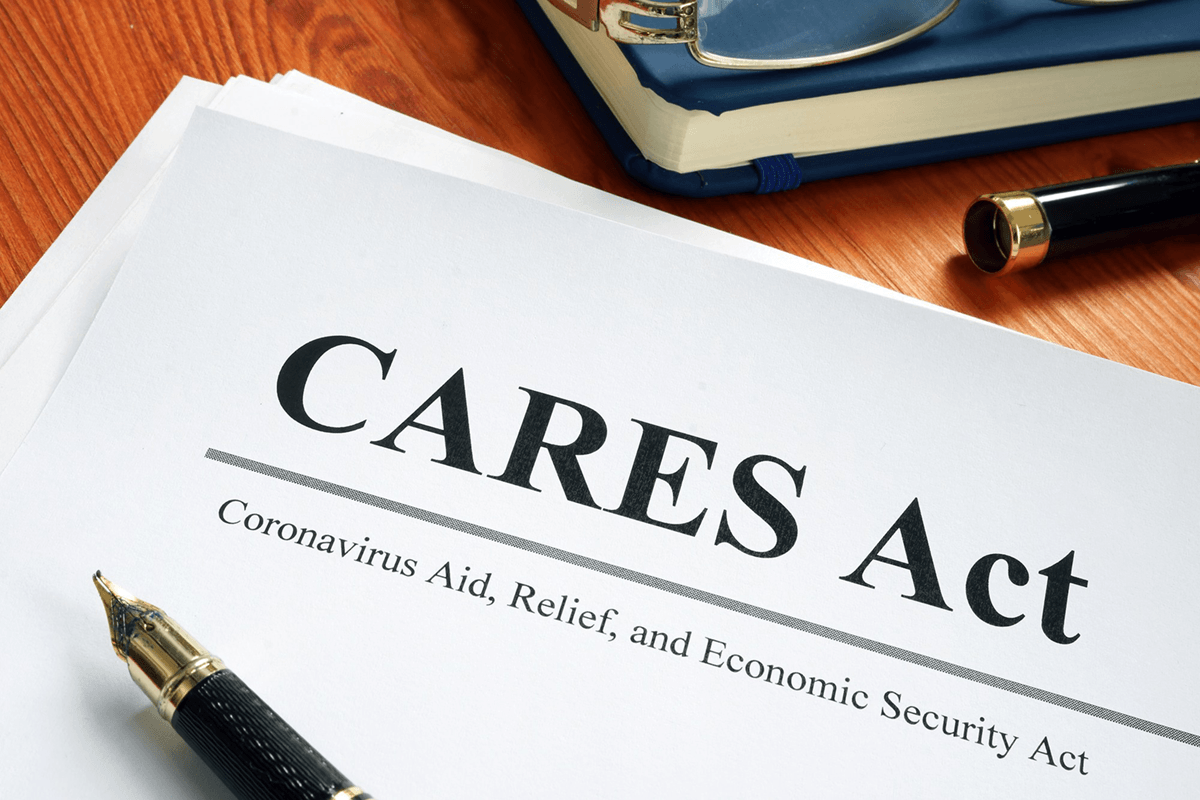 When the pandemic hit the nation in 2020, the impact to the economy was unlike anything that had happened since the Great Depression almost a century ago.

But unlike the 1930s where the economy approached collapse primarily due to events within the economic sector, the economic calamity of 2020 was the result of a highly contagious virus never encountered before with, at least initially, no known treatment.

The word “unprecedented” had not, in recent memory, been used so often or with such good reason. Businesses were closing – by mandate if not by lack of customers. There were record job losses and a staggering number of people out of work, almost overnight. Millions were at risk of eviction. Disruptions in the supply chain left those stores that were still open with a severe shortage of the most basic items. Schools were closed, throwing many children into “remote” learning with little preparation, including access to the technology necessary for “remote” learning to be possible. Meanwhile, hospitals – essentially, the entire health care system – were at risk of being overwhelmed, which prompted mandates that caused more restrictions and closures

Circumstances in Colorado mirrored what was going on across the nation.

At the height of winter, ski resorts – synonymous with tourism, one of the major drivers of the state’s economy – were shut down completely. Office buildings – both government and corporate – were empty. Theaters, “non-essential” retail outlets, bars and restaurants were closed, except for takeout or curbside delivery.

In the second quarter of 2020 alone, the University of Colorado Leeds School of Business reported that – in just those 3 months – more than 8,600 businesses closed. From January to April, Colorado lost 342,000 jobs with unemployment topping 12.2%.

This is hardly news. Those events all took place two years ago or less.

But the description is necessary to provide context to what the government did in response, which was equally…unprecedented.

In March of 2020, just two months after the first case of COVID was reported in the United States, Congress passed the Coronavirus Aid, Relief, and Economic Security Act, also known as the CARES Act, the largest spending bill passed by Congress in history. A $2.2 trillion economic stimulus bill, the CARES Act was signed into law on March 27, 2020 by former President Trump.

Other smaller legislative packages were passed. But so little was known about what was up ahead, most Americans – including many serving in Congress – thought that would be the only legislation necessary to get the nation through the crisis.

As the virus continued to spread and the economy continued to struggle in its rebound with job losses and more and more businesses closing their doors for good, a second bill was needed to speed the United States’ recovery by addressing both the health and economic impacts of the pandemic.

In March of 2021, a year after the first $2.2 trillion legislation (and despite both negotiations and significant political division), Congress passed the $1.9 trillion American Rescue Plan Act (ARPA) that President Biden signed it into law.

Never in recent history had the government made such a huge investment in reviving the American economy. According to coverage by the Denver Post citing the website USASpending.gov, legislation authorized the federal government to spend a total of $4.61 trillion, made obligations for $4.15 trillion and spent about $3.62 trillion, which equals about three times (in 2022 dollars) what was spent during the Great Recession and (again, in 2022 dollars) about half again as much as what was spent in the Great Depression.

There are numerous ways those comparisons can be (and have been) interpreted, unfortunately dependent too often on political persuasion. But it must be acknowledged that the recent crisis had two areas of impact – one driven by a virus and the other driven by the economic fallout the virus caused.

The rapid influx of such a large amount of money begs the question: where did all the money that was sent to Colorado end up?

Figures that recently appeared in a series of Denver Post articles answer that question. What follows is a closer examination of where that money went in southeastern Colorado. And, while there are no doubt many living in rural communities of the High Plains who expect rural communities to have been treated less than equitably (helped in no part by the headlines), the facts may be surprising to some – especially to those living in Cheyenne and Kiowa Counties.

But first, some general numbers.

Colorado received about $66 billion in federal funding parceled out in numerous programs, ranking the state 20th out of 50 states in terms of dollars allocated. That amount corresponds with where Colorado ranks in population as the 21st most populated state.

Of that $66 billion, approximately 44% went to cities along the Front Range, with Denver, Arapahoe and El Paso Counties getting the most significant share. Again, that makes sense given that – depending upon the definition of “Front Range” – 60% to 80% of the state’s population resides in the foothills and plains to the east.

Funding was split into five categories:

PERSONAL ECONOMIC IMPACT FUNDS: including the stimulus payments that came from the IRS PLUS unemployment claims and rental assistance

GOVERNMENT: including FEMA and COVID Relief Funds to deal with Public Health impacts from the virus

EDUCATION: including protective measures and transitions to remote learning

Breaking down the amount of funding down by county and category per person provides the clearest comparison in the amount of funding received, revealing a very different and widely variant picture, especially among the rural counties of Kit Carson, Lincoln, Cheyenne, Kiowa, Crowley, Prowers, Baca, Bent and Otero Counties in southeastern and central Colorado.

The ranking among those counties varied greatly.

As reported by the Denver Post, of the 64 counties in Colorado, Cheyenne County ranked seventh from the top in terms of the amount of funding received per capita. Kiowa County ranked eleventh with Kit Carson ranking twelfth followed by Baca County, that ranked fifteenth.

However, there is a significant gap between those four counties and the remaining counties in the region.

Prowers County ranked twenty eighth – still in the “top” half of all 64 counties but less than the statewide average. Otero County was not far behind, ranking thirty-fourth. Lincoln County came in at forty-eighth followed by Bent County which ranked sixty-second. And Crowley County came in at sixty-fourth, the county which received the least amount of funding of all sixty four counties in the state.

Numbers credited to, and originally collected, analyzed and published in, the Denver Post.

There have been a number of reasons cited for the vast differences in amounts of funding each county received, especially those with similar populations located in the same general region. However, one of the most prevalent appears to be related to both how actively businesses in the various sectors sought funding on their own combined with how actively local banking institutions were in educating customers about funding that was available, including providing significant assistance in applying for funds.

In some counties, a lack of confidence also seems to have played a role, with some local businesses either not understanding if they qualified for funding or expressing reluctance that whatever funding received might be rescinded at some point in the future.