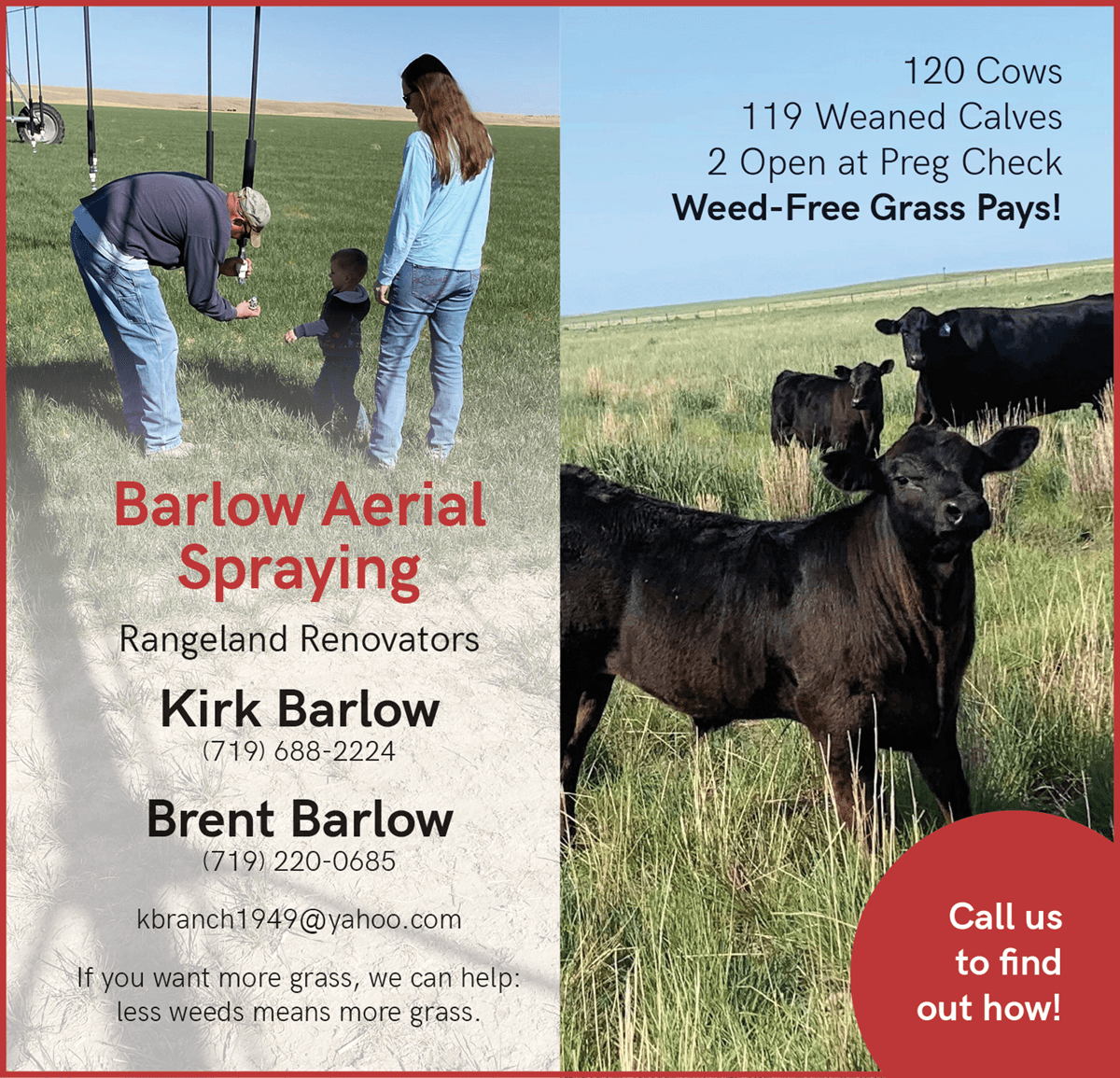 Less Weeds in Your Pasture Means More Grass for Grazing

Over the last 10 to 20 years weeds in rangeland, especially sand hill sagebrush country, have become quite prolific and have suffered severely reduced grass stands. While some of these weeds are edible, if you see an increase in weeds in your pastures that means the cows are choosing not to eat them. What happens over time is the weeds that aren’t eaten go to seed and the problem becomes worse.

The most obvious problem is Russian Thistle or tumbleweeds. Their ability to spread seeds over a lot of country has made them the most damaging of all the thistle species. Canadian Thistle and Musk Thistle have also become commonplace. One plant can produce 20,000 seeds. Neither are eaten by cattle. Musk thistle is especially invasive and is on the noxious weed list in Kansas. Loco weed is very common and is known to kill cattle and cause abortions. Mare’s Tail is another common weed that isn’t eaten by cattle. All of these different weed species produce a lot of seed that lasts many years in the soil. Any effort to control them requires a sustained effort because of the number of seeds left in the soil.

We now have the ability with aerial application and modern weed control products to economically restore pastures to their original potential.

In our area rainfall is the limiting factor for grass or crop production. Farmers have made the switch to chemical fallow and reduced tillage and have increased average yields by 50%. Average grain yields exceed 2000# per acre and at least as much residue is left in the field. Because some of our pastures are in such poor condition, I believe grass yields can easily be doubled or tripled. If we are able to produce as many pounds of grass per acre as farmers are able to produce grain per acre in our area, 10 acres would keep a cow and have 50% left over.

It is widely accepted that overgrazing is what causes weed problems in grass. While that may be true, that isn’t the only cause. Tumbleweeds are living proof of the problems caused by invasive species. Once we have the problem, what is the solution? Cows themselves spread and replant weeds. Reducing numbers is a slow way to improve grass stands and is more expensive then chemical weed control. Pastures, once infested, have been left un-grazed and show not noticeable improvement over many years. Many roadside areas, never grazed, are full of weeds. Modern technology has given use the tools to make a big improvement in grazing efficiency, just as it has made big improvements in farming. The easiest and quickest way to improve grass yield, reduce feed cost, and raise cow numbers is to control weeds in pastures. Until weed pressure is reduced by better stands of grass, more rain, like we saw a couple of years ago, usually results in more weeds. Grass weakened by drought needs help to recover.

Over the past years we had a customer that worked with us in our weed control methods who ended up with the best calf crop he has ever had, including a big jump in the percentage of breeding success due to the cows feeding on good grass resulting in excellent health.

Give me a call if you want to improve your bottom line!