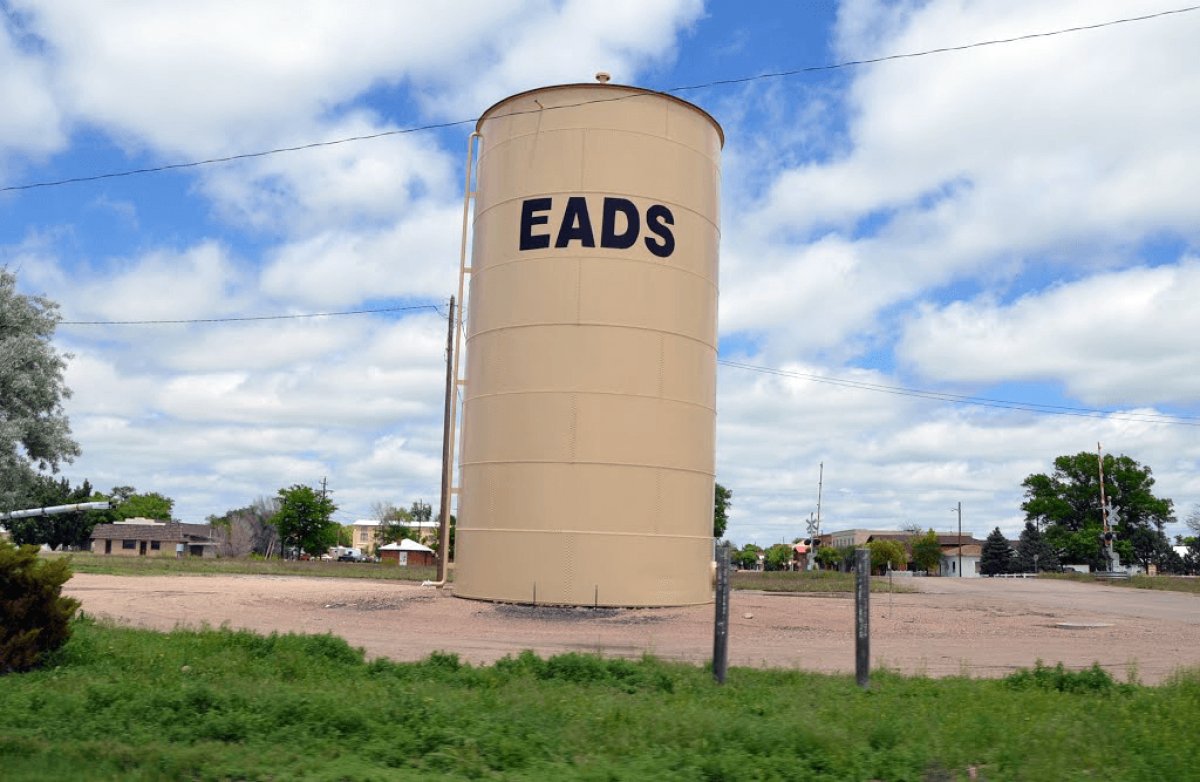 Mark Twain once said, “Whiskey is for drinking. Water is for fighting.” Smart man.

Although it has been a very long time since people have actually gone to battle over water, the reality that water is liquid gold in dry lands still holds true–perhaps now more than ever as persistent drought and the increasing impact of climate change are diminishing water supplies throughout the western United States, including Colorado.

With that in mind, Van Brown, director of public works for the town of Eads, is strongly encouraging residents who get their water from the municipal water system to be responsible in how much water they use and mindful of conserving water whenever possible.

That’s good advice in any time, but it is especially important now. Due to the current water situation, the Lower Arkansas Water Management Authority has reduced Eads’ allocation of water by 50%. In other words, this year, Eads is allocated half the amount of water the town is typically allowed to use.

That reduction is not specific to this area alone. Reduction in allocations are happening all along the Arkansas River from Pueblo to the Kansas state line.

In making public his encouragement to conserve water, Brown is quick to add a caveat. “I want to emphasize that our wells are fine,” he told the Independent.. “They’ve been consistent for decades with very little change, and I’ve been checking them for more than 30 years. So, I don’t want anyone to start thinking our wells are going dry because they’re not. And, right now, Eads isn’t in danger of having water issues. But we could be, so I want people to be aware of the possibility and to use water ethically and responsibly this summer. Ethical use and conservation will do a lot to help us steer clear of the problem.”

Brown is already taking steps to bid on leasing water shares to make up the difference. Nevertheless, a 50% reduction is a significant amount. Put in terms people readily understand, in an average year, Eads is allocated a million gallons of water. A reduction of 50% means Brown, on behalf of the city, will start bidding to lease water shares equaling 50 million gallons for the next year.

“That’s how much water we use in our homes, on our yards, on the golf course and the cemetery. We use about a million gallons, so we’re looking to lease half of that,” he says, adding that the city has set aside funds specifically for this purpose.

This is not the first time there has been a reduction in allocation. The last time, as Brown recalls, was about nine or ten years ago. The reduction, at that time, was 20% with Eads being allocated 80% of its average annual amount.

“Fifty per cent is huge,” Brown says, adding they’ve been successful at leasing water shares in the past and is confident they will be again.

So, if the wells are fine, why has Eads’ allocation been cut in half?

The general answer to that originated about 80 years ago and the specific reason for the amount starts up in the mountains. And it’s all tied to something called the Colorado-Kansas Arkansas River Compact.

The headwaters of the Arkansas River come from the snowpack in the Sawatch and Mosquito Mountain Ranges. Water from the melting snowpack makes its way to the Arkansas River where it flows down the mountain and across the plains in southeastern Colorado to Kansas south through Oklahoma and through Arkansas to the Mighty Mississippi.

For more than a century, people in Kansas have complained that people in Colorado were using too much of the river’s water and filed numerous lawsuits that racked up huge attorney fees, tied up the courts, tied the states up in court and resulted in those who won and those who lost with no settlement leaving everybody feeling they got their fair share.

Finally, with federal government “participation”, a compact was formed in 1948 where Kansas and Colorado settled on an agreement where the states have a somewhat equitable share of the water but, equally important, a system where representatives from both states are involved in the administration of the compact with an official overseeing its enactment.

The compact didn’t put an end to litigation and the states have ended up in court numerous times. As recently as 2005, excessive groundwater pumping resulted in Colorado being ruled to be out of compliance with the compact and ordered to pay the state of Kansas $34 million for several decades of non-compliance plus $1 million in court fees.

Since then, Colorado has been in compliance each year.

Colorado is currently in nine interstate compacts governing the major rivers whose headwaters are in the state. While some people bemoan the existence of compacts, the Colorado Division of Water Resources makes a case that is difficult to dispute.

As the division puts it, “The ability to protect and defend a huge portion of the State’s water-dependent economy is of major importance to Colorado, which is geographically situated such that the streams arising within her borders are also vital to the economies of eighteen other states and the Republic of Mexico. And while the Compacts to which Colorado is a signatory state are restrictive, they reduce the potential for much more damaging Court decisions.”

Put more simply, interstate compacts allow states to work out their differences among themselves instead of immediately going to court where there is the possibility of a decision being made by judges who are either not distinctly familiar with irrigation or not directly impacted by the ruling.

The existence of the compact will probably become increasingly more important in the future. With parts of the western US experiencing drought not seen in 1200 years and current snowpack levels in river basins in southern Colorado being compared to the devastating droughts of 2002 and 2018, co-operation and conservation will need to go hand in hand.

Brown says, at this point, water restrictions are not a certainty but neither can they be ruled out. City council will be discussing the issue during their meeting in June with a follow up discussion likely in July.

Look for an extensive list of water saving techniques in next week’s issue of the Independent.