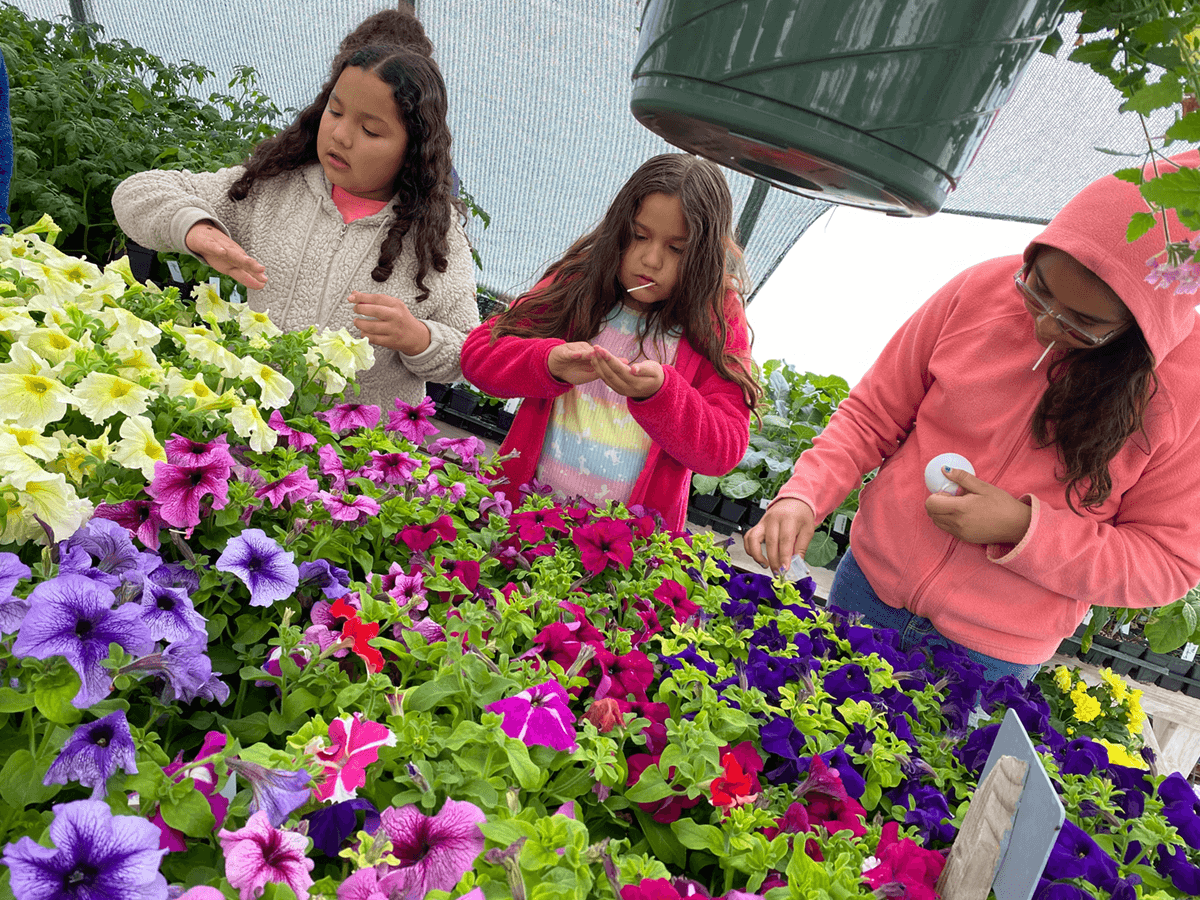 Ladybug Day had a good turnout this year at the Blue Roof Hydro Farm located east of Eads on County Road 49! An estimated 20 children and 50 in total were in attendance for the annual release of the Ladybugs.

A total of 4,500 ladybugs were purchased online by Blue Roof Hydro Farms for their greenhouse plants. They were released in the greenhouse to help rid the flowers and plants of aphids and other detrimental insects. The kids learned how “good” bugs can help take care of the plants.

Owner and operator of Blue Roof Hydro Farms Katie Kopasz said, “I often use biological controls in lieu of chemical controls. In addition to ladybugs, we use green lacewings and praying mantis, and some other predator insects for aphid control. We can also utilize specific bacteria or fungus strains to help combat crop pests and diseases.

Rachel and Amber Kopasz helped organize a number of kids’ ladybug activities including the release of the ladybugs, face painting, rock painting, a coloring contest, and seedling planting. Bug catchers were handed out so the kids in attendance could take a few ladybugs home to their own gardens.

The people at Blue Roof Hydro Farm were happy to sponsor the Ladybug Day event after several years off due to Covid.

Kopasz added, “We can’t wait until next year’s release!”