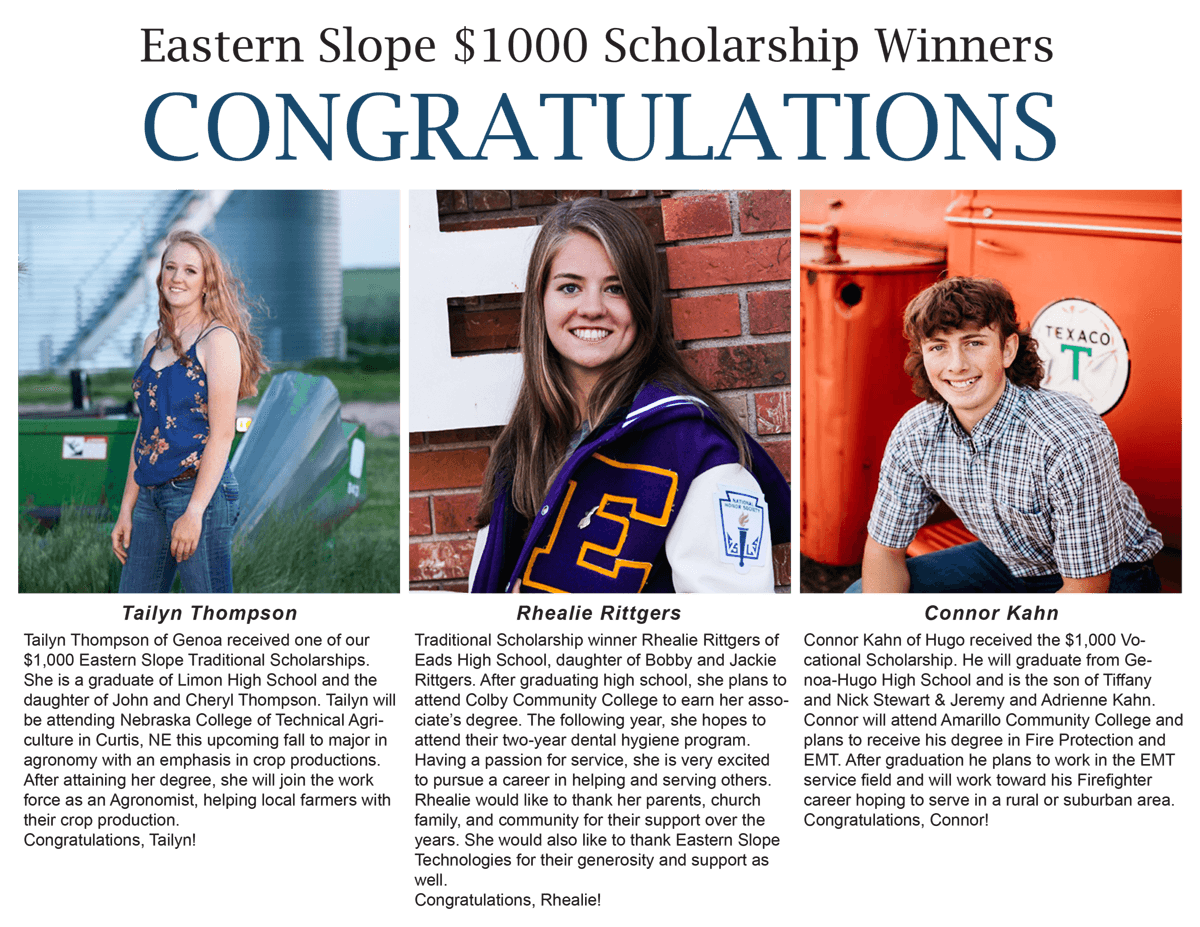 Eastern Slope Rural Telephone Association (ES Tech) has announced the recipients of their $1,000 scholarships for 2022. Deserved recipients live within the cooperative area of service and have demonstrated a high level of achievement as well as community service.

One of our Traditional Scholarship winners is Rhealie Rittgers of Eads High School, daughter of Bobby and Jackie Rittgers. After graduating high school, she plans to attend Colby Community College to earn her associates degree. The following year, she hopes to attend their two-year dental hygiene program. Having a passion for service, she is very excited to pursue a career in helping and serving others. Rhealie would like to thank her parents, church family, and community for their support over the years. She would also like to thank Eastern Slope Technologies for their generosity and support as well.

Tailyn Thompson of Genoa received one of our $1,000 Eastern Slope Traditional Scholarships. She is a graduate of Limon High School and the daughter of John and Cheryl Thompson. Tailyn will be attending Nebraska College of Technical Agriculture in Curtis, NE this upcoming fall to major in agronomy with an emphasis in crop productions. After attaining her degree, she will join the work force as an Agronomist, helping local farmers with their crop production.

Connor Kahn of Hugo received the $1,000 Eastern Slope Vocational Scholarship. He will graduate from Genoa-Hugo High School and is the son of Tiffany and Nick Stewart & Jeremy and Adrienne Kahn. Connor will attend Amarillo Community College and plans to receive his degree in Fire Protection and EMT. After graduation he plans to work in the EMT service field and will work toward his Firefighter career hoping to serve in a rural or suburban area.